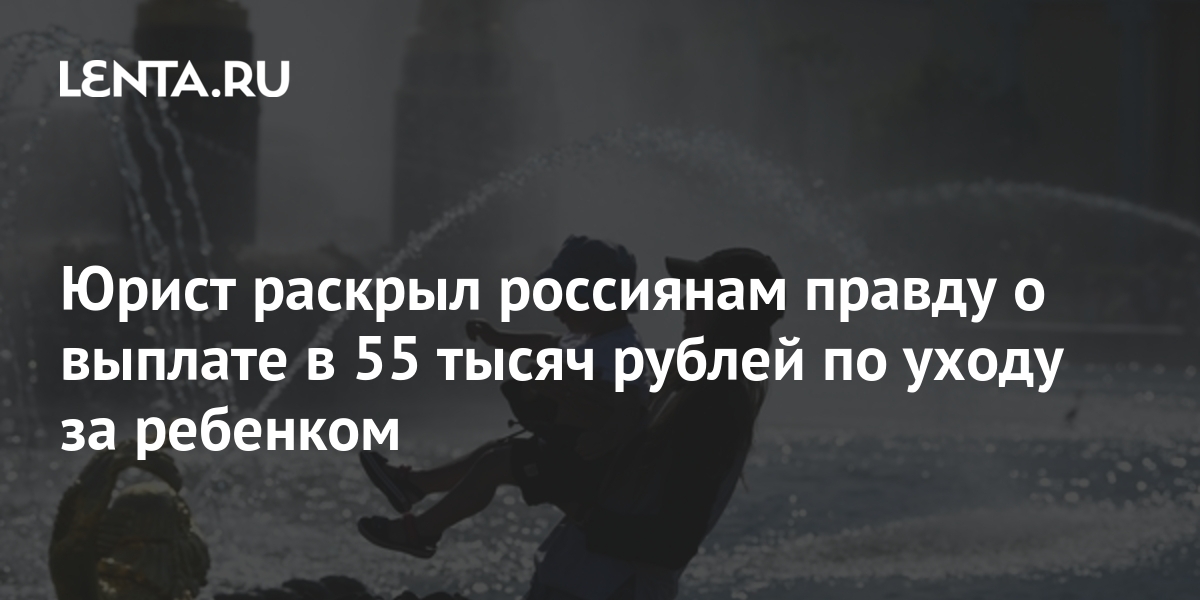 The general director of the Urvista law firm, Alexei Petropolsky, revealed to the Russians the truth about the payment for caring for a sick child in 55 thousand rubles, information about the amount of the benefit previously appeared in the media. He explained to the Prime agency what amount would actually be paid.

Petropolsky explained that we are talking about a new material measure to support families with children, explanations about the initiative have already been published by the Ministry of Labor. At the same time, information appeared in the media that the payment would be 55,208 rubles – the size of the average earnings of Russians, established on the basis of Rosstat data.

“According to these explanations, parents who have taken sick leave to care for a child up to seven years old will be able to expect to receive temporary disability benefits in the amount of 100 percent of their average earnings. At the same time, the length of service will not be taken into account, as it was before, ”the lawyer explained. According to Petropolsky, the issue of paying such sick leave in each case will be decided individually, based on the size of the employee’s average wage.

Earlier in May, it was reported that from September 1, sick leave for a sick child up to seven years inclusive will be paid at the rate of 100 percent of the average earnings, regardless of length of service.

On April 21, during his address to the Federal Assembly, Vladimir Putin made several statements about support for Russian families. Most of the instructions are addressed to the Cabinet of Ministers, but recommendations are sent, among other things, to other authorities and regions. In early May, the President approved a list of instructions and set a deadline for their implementation.