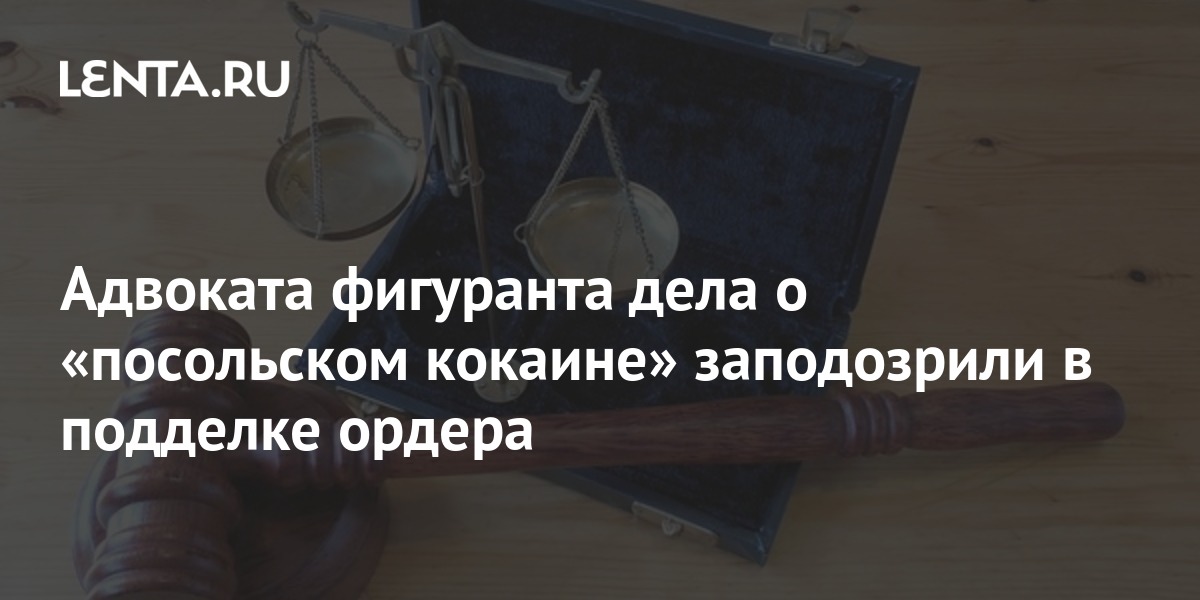 The agency’s source in law enforcement agencies said that the suspect is lawyer Abubakar Vadaev, who represented the interests of one of the defendants in the “ambassadorial cocaine” case.

“The head of the Main Investigation Department of the Investigative Committee of the Russian Federation in Moscow has initiated a criminal case against a lawyer of the Moscow Region Bar Association, born in 1957. He is suspected of committing a crime under Art. 327 of the Criminal Code of the Russian Federation (“Production and use of a knowingly forged official document”), ”Ivanova said, without specifying the name of the lawyer.

According to Ivanova, in March 2020, the lawyer was excluded from the register of lawyers of the Chechen Republic. However, he prepared and submitted to the Dorogomilovsky District Court of Moscow a knowingly forged warrant.

On February 10, in the Dorogomilovsky court of Moscow, in the case of smuggling cocaine, the Russian ambassador to Mexico, Viktor Coronelli, was interrogated as a witness. Previously, he was Russian Ambassador Extraordinary and Plenipotentiary to Argentina. According to the lawyer of one of the defendants, Alexander Kostaniants, Koronelli testified on the merits of the case in the absence of the jury “contrary to the law and common sense.” The defense attorney believes that the defendants’ right to defense was violated. On February 26, Coronelli will continue to testify in court.

The investigation into the “cocaine case” began in December 2016 after 12 suspicious suitcases with 362 kilograms of pure cocaine were found in a school at the Russian embassy in Argentina. For controlled delivery, it was replaced with flour and sent to Russia on a diplomatic flight. As a result of the operation in Argentina, two persons involved in the case (Ivan Bliznyuk and Alexander Chikalo) were taken into custody. Three people were arrested on the territory of Russia (Vladimir Kalmykov, Ishtimir Khudzhamov and Ali Abyanov), another – Kovalchuk – was detained and arrested in Germany. The Russian Foreign Ministry has repeatedly denied information about the possible involvement of diplomats in drug smuggling.