The launch of the «Sky News Arabia Academy» for media training 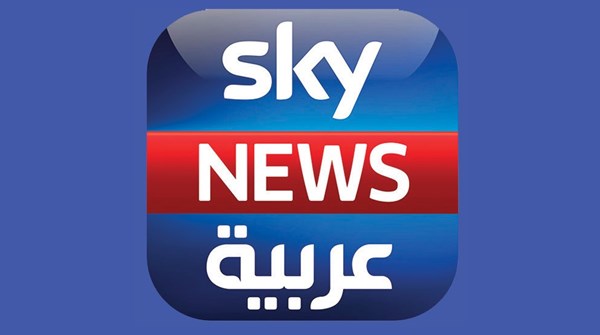 Sky News Arabia launched its Media Training Academy, which aims to provide an incubating environment that works according to the latest technologies and the best international methods. With the aim of graduating future media professionals to refine their skills and make them able to keep pace with successive challenges, “Sky News Arabia Academy” pays special attention to the media through all its platforms by allocating various packages of training courses, and empowering its trainees with the necessary tools to lead the rapid development in this field, to make the future of media in your hands.

Regarding the training approach pursued by the academy and the goal of its establishment, Nart Buran, CEO of the International Media Investments Company, which owns Sky News Arabia within its media assets, said: “Based on its pioneering position in leading the development of the media scene, and emphasizing the importance of the role of the media as an influential tributary. In building society, “Sky News Arabia” is committed to actively contributing to building and shaping the future of media by keeping pace with the changes witnessed by the sector by employing the latest technologies and nurturing media talents. Sky News Arabia adopts an approach based on achieving optimal use of training services and a network Our offices and online training programs; To cover the Middle East and North Africa ».
He added: The Academy also offers the opportunity to train within the studios of the most advanced and modern “Sky News Arabia” channel in the Arab world, through distinguished programs based on the experience of the most competent journalists, content makers and media leaders in the region, as well as the expertise of the institutions of the International Media Investments Company “The National”. And «vision» such as journalists Mina Al-Oraibi, Ahmed Al-Alawi, Mustafa Al-Rawi and Nasreen Fakher, to provide all means to benefit from its platforms, leadership and media professionals known for their competence and professionalism.
The Sky News Arabia Academy offers a wide and varied range of programs, workshops and training courses offered by a group of the brightest Arab media broadcasters, headed by: Giselle Khoury, Nadim Qutaish, Youssef Al-Tsoori, Majid Al-Farsi, Sami Qasimi, Maha Abdullah, Chantal Saliba, Ramza Zakharia and Musa Al-Balushi. Dates for availability of these workshops and training courses.
Regarding the training capabilities that the academy possesses, Mahra Al Yaqoubi, Director of Training Services at Sky News Arabia Academy, said: “We believe that there are no limits to the possibilities when refining them with correct and appropriate training. From here we launched“ Sky News Arabia Academy ”, to give the opportunity to all those who wish to enter the world The wide media is to embark on this exciting journey, carrying with them all the tools of success, through our various courses that include all media platforms, whether visual, audio or digital .. We invite everyone to register for our courses, to embark on a wonderful training experience, as the Academy provides a new world; In it talents are sharpened, skills are developed and capabilities are enhanced; To open up broad horizons for professionalism in the fields of the sector by giving the trainees a strong and unique start in the skies of advanced media. ”

26 winners
“Sky News Arabia Academy” offers more than 30 different and specialized courses divided into four main categories and are available in Arabic, which are the digital media category, the technical operations category, the television production category, and the radio production category. They will be available during the first phase in the UAE, to be launched later. In the Arab Gulf region and the rest of the Arab countries, these courses aim to sharpen skills in all fields of media, to give the trainees a strong start in the sky of future media and digital media.
The Academy will launch the first batch of 26 young men and women who are winners in the “Sky News Arabia Star” program, which was launched in early 2020 in cooperation with 14 Arab universities, as part of the channel’s training programs. By providing a course that combines traditional and advanced media through basic axes, most notably digital communication, television presentation and editorial writing.
“Sky News Arabia Academy” provides its training courses to a wide range of institutions, including government and semi-government agencies, private institutions, scientific and media centers, in addition to individuals interested in media work and wishing to acquire distinguished media experiences and skills from university students and recent graduates from it.