The launch of the “Hamdan in the Heart” campaign in Egypt 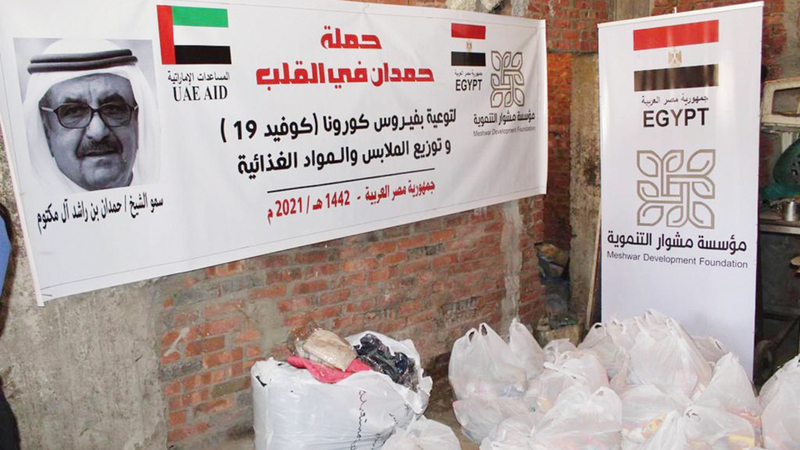 The “Hamdan in the Heart” campaign was launched in Egypt to raise awareness of the “emerging corona” epidemic, during which Islamic and Christian institutions distributed protective masks and disinfectants to cleaners in a number of areas, following the approach of the late Sheikh Hamdan bin Rashid Al Maktoum, who was He has directed, may God have mercy on him, the Al Maktoum Foundation and its offices since the beginning of the pandemic, to intensify activity to raise awareness of the danger of the epidemic, and the need to take precautionary precautions.

The campaign’s general coordinator, Mina Eid Awni, said, “The campaign launched by the Chairman of the Board of Trustees of the Mishwar Developmental Foundation, Dr. Salah Al-Din Al-Jaafrawi, confirms that Sheikh Hamdan bin Rashid, may God have mercy on him, is in the heart. He was a model for the authentic Arab Muslim man,” stressing that the humanitarian campaigns by Islamic and Christian institutions will not stop, out of gratitude for his grace, and in appreciation of what he provided.

• Humanitarian campaigns will continue… in appreciation of what Sheikh Hamdan bin Rashid presented.