The latest news of “Corona” worldwide 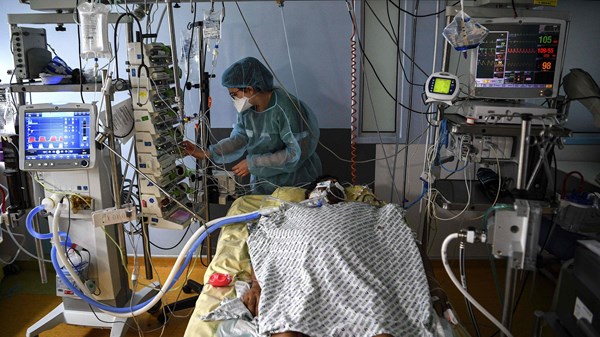 The Egyptian Ministry of Health recorded 642 new cases of Coronavirus and 41 deaths, compared to 645 new cases of Corona and 47 deaths the previous day.
Ministry spokesman Khaled Mujahid said that the total number that was registered in Egypt with the Coronavirus until Thursday is 193482, including 148823 recovering cases and 11,472 deaths.

The Philippines approves the use of the Russian vaccine

The Food and Drug Administration in the Philippines said that the country has approved the use of Sputnik vaccine in Russia for Covid-19 disease for emergencies.
The vaccine, developed by the Russian Gamalia Institute, is the fourth vaccine approved for use in emergencies in the country facing a new spike in cases.

The National Health Commission of China said that China recorded 11 new cases of COVID-19 on March 18, up from six the previous day.
One of the cases was a local infection in Shaanxi Province, the commission said, the first local case of COVID-19 in China since February 14. The other 10 cases were from abroad.

487 new infections and 3 deaths in Morocco

Resumption of AstraZeneca Use

Several European countries announced that they would resume using the AstraZeneca vaccine against the emerging corona virus, after the European Medicines Agency considered it “safe and effective.”
EMA President Emer Kuki said the agency’s statement came after a comprehensive review of the potential risks of developing a blood clot, following reports that some people had developed blood clots in the immediate post-vaccination period.
France, Italy, Latvia and Bulgaria announced that they would likely resume vaccinations with AstraZeneca on Friday, following advice from the European Medicines Agency.

Observers expected that about one in three people in France, which has a population of about 67 million, will be affected by the imposition of the most stringent regional measures that will be applied during the next four weeks to slow the spread of the Corona virus.
With regard to the measures that will take effect from tomorrow, Saturday, in 16 regions, including the Paris metropolitan area, Prime Minister Jean Castex said that four weeks is the length of time needed to make an impact in terms of slowing the spread of Corona.
All non-essential stores must be closed as part of the measures, although libraries and musical instrument stores are allowed to open.

Claims to license the Russian vaccine in Europe

German officials have urged European authorities to speed up consideration of the Russian Sputnik-V vaccine and prepare for distribution in the European Union as soon as it is licensed.
“It is important to speed up licensing procedures, especially in the case of Sputnik,” said the President of the Bavaria region, Markus Söder, during a meeting with the leaders of the sixteen German provinces with the President of the European Commission, Ursula von der Leyen.
Söder said that studies conducted in Europe on the Russian vaccine have shown so far that it is “very safe” and “in some cases better than the vaccines that have been licensed.”

81 deaths and more than 20 thousand new injuries in Turkey

Mexican customs officials confiscated 5,775 doses of the Russian Coronavirus vaccine «Sputnik V» on board a private plane bound for Honduras.
According to the country’s tax authority, 1,155 ampoules of vaccine were hidden between drinks and ice cream in two coolers on board.
The state-owned Russian Direct Investment Fund behind the development of the Sputnik V vaccine responded quickly, saying the vaccines were fake.

German Minister of Health, Jens Young, said that his country is seeking to resume vaccination with the AstraZeneca vaccine against Corona virus, starting today, Friday.
And Germany, and a number of countries, had temporarily suspended vaccination with AstraZeneca, following reports that people had strokes after receiving doses of the vaccine.