The last US troops will leave Afghanistan on August 31 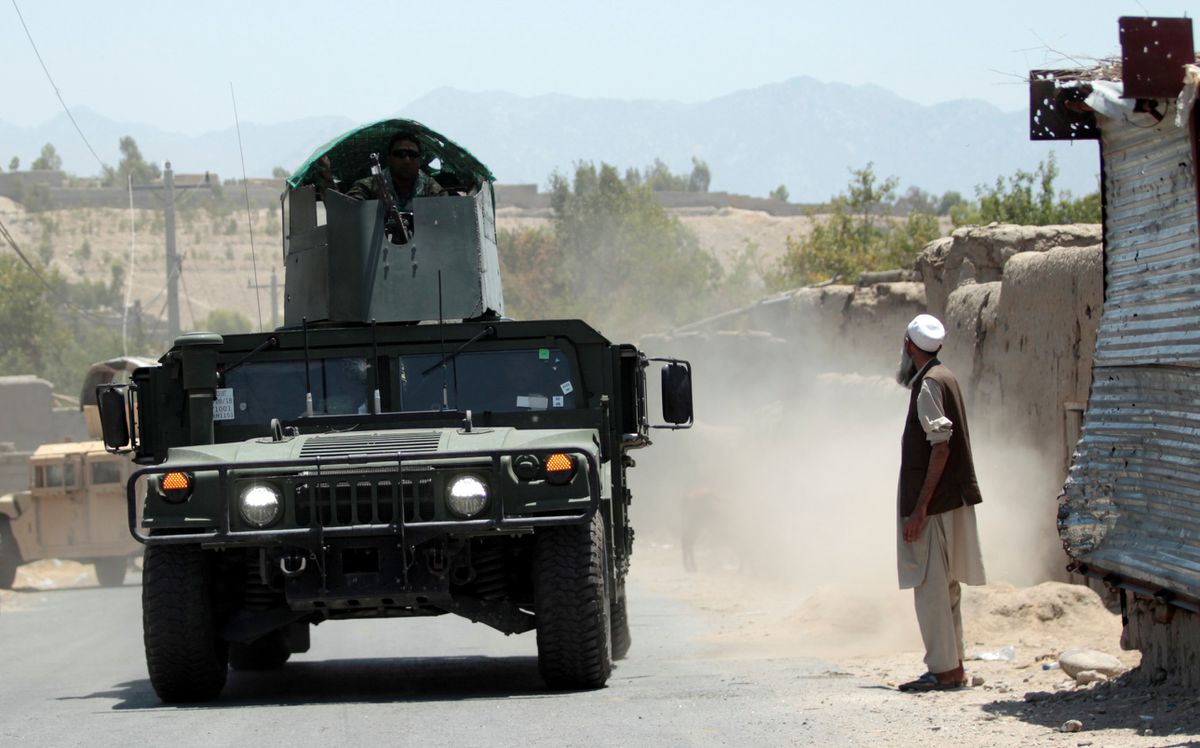 US President Joe Biden officially said goodbye to Afghanistan on Thursday. In his first formal speech since leaving the Bagram military base, the most important and last active, last Thursday, the president confirmed that the departure of the last troops in the Central Asian country will be completed on August 31, eleven days ahead of schedule, on the 20th anniversary of the attacks on the Twin Towers and the Pentagon.

Rapid withdrawal, Biden stressed, is synonymous with security for the military. “The status quo it is not an option, “stressed the president, because he raises many unanswered questions, such as how much longer would we have to stay on the ground and he is not willing to” send another generation of Americans to war. ” In this regard, he recalled the repeated attempts, all of them frustrated, to end the presence in Afghanistan since 2011.

“We did not go to Afghanistan to build a country. The Afghan people have the right and the responsibility to decide for themselves their future and how they want to govern their country, ”said the president. It also minimized the risks of a possible reconquest by the Taliban, a possibility that gains strength in the face of its clear territorial advance. “It is not inevitable. There are 300,000 well-equipped and trained Afghan troops, very competent in terms of combat, ”compared to a significantly lower number of Taliban militiamen, he stressed. The veteran Democrat confirmed that special visas will be issued for Afghan personnel who have collaborated with the troops, as well as an airlift to remove former collaborators and their families from the country, who will be relocated to third countries. “The United States will not be responsible for the death of civilians if the Taliban seize power in Afghanistan,” he concluded.

Biden’s speech lived up to expectations, the same message of closing chapters and ending endless wars that he has been repeating since he took office as president in January. Asked about leaving Bagram’s base last week, Biden starkly reiterated: “We’ve been there for 20 years, 20 years,” he said; “The Afghans are going to have to be able to do it alone with the armed forces they have.” The Pentagon confirmed this Wednesday that the withdrawal of troops from the Central Asian country has already been completed “by more than 90%.”

Before appearing before reporters, the president met with his national security team to learn the details of the withdrawal, a meeting that was also attended by the vice president, Kamala Harris. The White House spokeswoman, Jen Psaki, had already warned before the speech that a repetition of the famous – and mistaken – proclamation of President George W. Bush on the Iraq war, in May 2003, could not be expected: “Mission fulfilled ”. “We are not going to have a ‘mission accomplished’ moment in this regard. It is a 20-year war that has not been won militarily, ”Psaki declared at the daily press conference. Biden himself rejected such a possibility when asked by a journalist.

With the formal packaging of a speech, but far from pretending any historical echo such as that of Bush’s phrase on Iraq, Biden today met the critics who reproached him for not having officially pronounced on the farewell to an unwinnable war . Biden has made the decision to leave Afghanistan at a time when American society’s support for endless wars like the Afghan one is languishing. In November 2001, just two months after the 9/11 attacks that triggered the invasion, only 9% of Americans considered the war a mistake, while 89% approved of sending troops. In 2019, when the firm asked this same question, 49% considered the conflict an error. When he arrived at the White House, Trump had already agreed with the Taliban to complete the withdrawal in May. The Democrat only put it off for a few months. In April, upon announcing the measure, a YouGov poll for The Economist noted that 58% supported it.

Twenty years after the Al Qaeda terror group’s attack on the United States, Washington has assumed that it cannot win this war, only end it. “Some insist that this is not the time to go,” Biden said then, but “when would be a good time to go? he wondered. “In another year?” In two more? In another 10 years? After 10,000, 20,000. $ 30 billion [de gasto] more?”.

The United States plans to leave troops in the country with the sole mission of protecting the US embassy and the Kabul airport, which is estimated to occupy about 650 soldiers, compared to between 2,500 and 3,000 that it had last April (along with about 7,000 NATO) and the 100,000 that it had deployed at the toughest moment of the conflict. It also seeks an outlet for all those translators and support personnel who collaborated with the allies and who will be welcomed between the United States and other countries of the Atlantic Alliance.

The Taliban have advanced positions in recent weeks and already control a third of the territory; In just over two months they have taken over at least 140 of the 421 districts into which the country is divided. An American intelligence report cited by The Wall street journal Two weeks ago he calculated two weeks ago that the Taliban could take control of the capital within six to 12 months of the departure of US troops, but, at the rate of recent days, it seems an overly optimistic deadline. As evidence of the growing anguish in the Afghan government, Defense Minister Bismillah Mohammadi called on civilians to prepare to take up arms and halt their advance.