The last obstacle for Díaz Ayuso 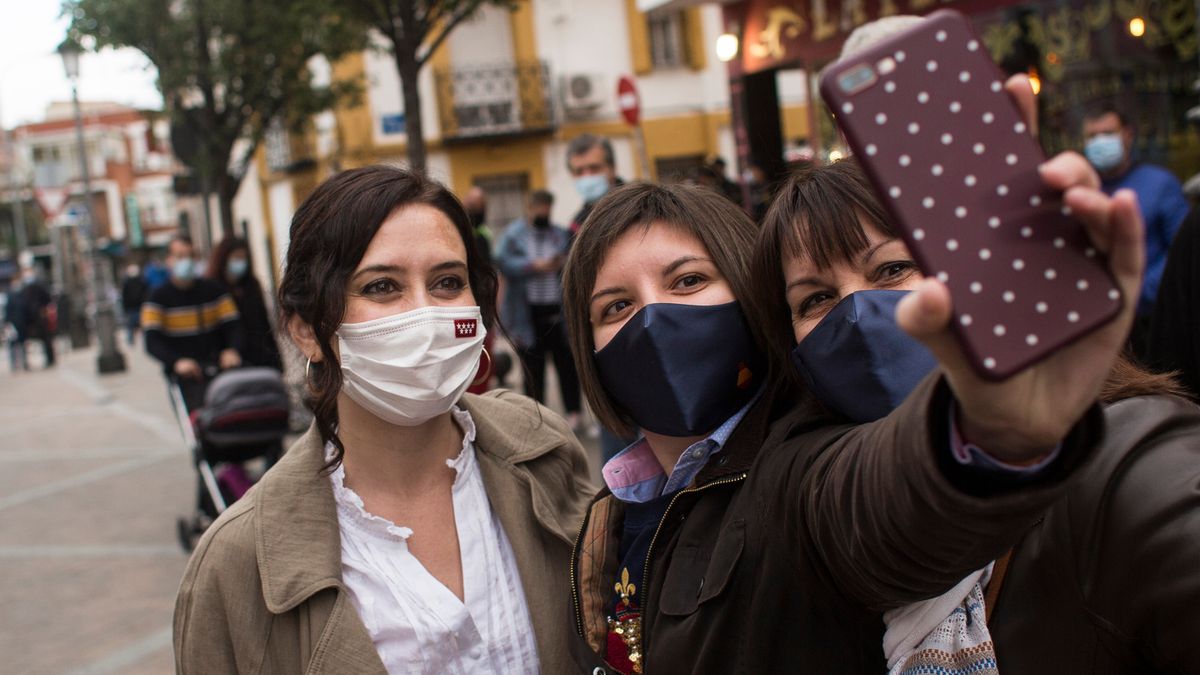 There is no slip or false statement that manages to erode Isabel Díaz Ayuso. Day after day, the Madrid president continues her crusade against the “liberticidal sanchismo” riding on a wave of anticipated euphoria with the fuel of the polls. Distracted and challenging, Díaz Ayuso travels through the most diverse forums saying things like that “citizens from other corners of Spain come to Madrid fleeing the factories of poverty caused by the left”. He assured this Tuesday in La Sexta, where he also argued, appealing to science, that “mass closures do not paralyze the virus” and that the Zendal hospital is “the best in the world specialized in pandemics.” Hours earlier, in a talk at the New Economy Forum, he had declared that without it, “the independentistas and the heirs of ETA” would “co-govern” in Madrid.

This is the discourse that sulfurizes the left and raises the right from their seats: Ayusismo, a form of political agitation not always faithful to the facts, against which its rivals have been able to do almost nothing so far. The polls have been creating an aura of invincibility of the Madrid president, as if something similar to what Donald Trump presumed was worth for her: “I could shoot people on Fifth Avenue and they will continue to vote for me.” So far there has been no controversy – and there have been a few – from which the president of the Community of Madrid and PP candidate for reelection has not emerged unscathed. And despite everything, the left still dreams of hunting it in some ambush. A good part of their hopes of achieving it are pinned on Wednesday night, in the only debate between candidates of the entire campaign

The debate has been an uncomfortable affair from the beginning for Díaz Ayuso’s advisers. The memory of those that were held in the 2019 campaign is still present, in which the current president did not have a very lucid role, although in this time she has gained ease. The one who exposes the most in a debate is the one who leads the race and, in his case, everything indicates that he has a substantial advantage. That is why his team refused to submit to more than one and demanded that it be held on a date far from electoral day: if there is a slip, there is time to bury it. The confrontation between the candidates will be held on Telemadrid, with broadcast on TVE and La Sexta so that all of Spain can attend this battle that its protagonists have turned into the great national political duel.

For the left, there will be no better chance until May 4 to try to corner Ayuso for once. The socialist candidate, Ángel Gabilondo, did not hold events this Tuesday afternoon to prepare for the debate. Mónica García, the candidate of Más Madrid, seeks to confirm the ascending line that the polls point to her and overcome her main deficiency: it is the least known (57.7%, according to the CIS) of the six that will be measured tonight. For Pablo Iglesias, it is about turning his campaign around, so far much grayer than expected. The performance of the United We Can candidate in these struggles has a history to instill in his ranks the optimism that the polls deny him. Iglesias himself recalled this Tuesday that “Podemos would not exist without television debates.” And he sentenced: “Another campaign begins.” The draw for the order of interventions has made himor a wink: it will open and close the program.

In the political space closest to Ayuso, the challenge will be to be heard in the confrontation between the president and the left. For Ciudadanos, all the duels are a final, and their candidate, Edmundo Bal, is also facing what seems like the last opportunity to go back to the polls. And Rocío Monasterio, from Vox, has the ballot to show that she is actually more Ayuso than Ayuso.

Monastery was able to enjoy the businessmen’s open doors this Tuesday. First, in the Madrid Business Forum and later, in the regional employers’ association, which announces a round to present its proposals to all parties. At the Forum, the Vox candidate was praised by its president, Hilario Alfaro, who even told her that her party’s proposals are “more focused and closer to the solutions we need as entrepreneurs and as civil society” than the ones we need. of the Government of Ayuso. “Thank you for the work you are doing,” concluded Alfaro, after encouraging the candidate to “hold the pull” when it comes to negotiating budgets with Ayuso. Monasterio, usually a fierce detractor of public subsidies, had previously given her ears by promising that Vox will never consent to only “crumbs for businessmen” in Madrid’s budgets.

Almost at the time that the candidate received these compliments, the Prosecutor’s Office opened proceedings against her party for wallpapering the Madrid Metro with posters of its tireless campaign against immigrant minors. The Public Ministry will study whether they can commit a hate crime.

Ayuso’s rivals, beyond the conviction in their own forces —which in some cases, like Iglesias’s, is great— will also try to expose the weaknesses of others. That the president blunders sometimes is a reality that not even her collaborators deny. This same Tuesday he gave another test in his interview in La Sexta, where he commented in passing that on May 8, when the state of alarm expires, he will maintain the curfew. “It can’t be done,” Edmundo Bal, in addition to being a Ciudadanos candidate, an eminent jurist, replied shortly on Twitter to make him see that the law does not allow it. Santiago Abascal also ran to his account on the social network to rewrite the president’s motto: “Ayuso’s curfew … or freedom.” One more slip, in an already very long list. For now, simple pinches on Díaz Ayuso’s elephant skin.

Arsenal vs Central Córdoba, for the Professional League Cup: schedule, TV and formations