The last defender of the Brest Fortress died 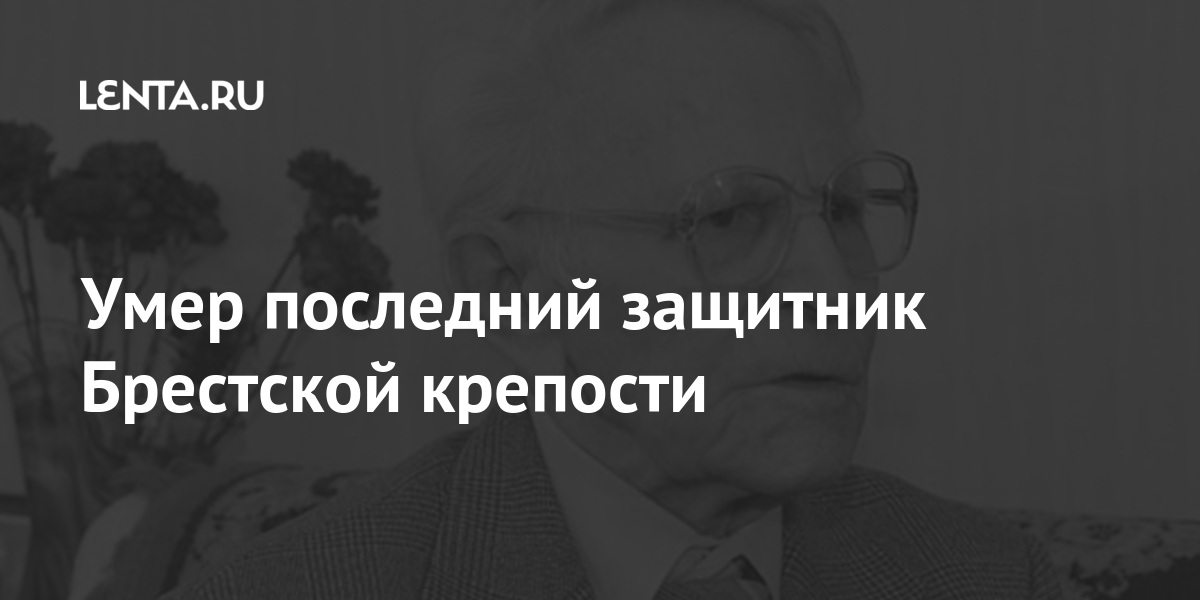 A veteran of the Great Patriotic War, defender of the Brest Fortress Pyotr Kotelnikov died in Moscow. He was 91 years old. The portal “BrestCITY” informs about it.

Kotelnikov fought with cancer, the deceased was found in his apartment.

In June 1941, he and other pupils of the musical platoon of the 44th rifle regiment found themselves at the epicenter of hostilities in Brest. At that time, Kotelnikov was 12 years old, and he was not given weapons, so he helped the wounded, carried ammunition, food and water. On June 29, a group of fighters went for a breakthrough, and they took Kotelnikov with them.

Pyotr Kotelnikov was born in 1929 in the village of Bogoyavlenskoye, Penza Region. He became an orphan early and ended up in one of the orphanages in the Rostov region.

Kotelnikov was the last surviving defender of the fortress. He became the prototype for the protagonist of the 2010 film Brest Fortress.

The defense of the Brest Fortress is one of the first episodes of the Great Patriotic War. The defenders of the fortress, attacked at dawn on June 22, 1941, continued to resist for at least a month.

The vegan trend is pushing Rügenwalder Mühle to the limit

Mariano Gardella: I know that my imitation of Jon Bon Jovi in ​​Yo soy is not spectacular