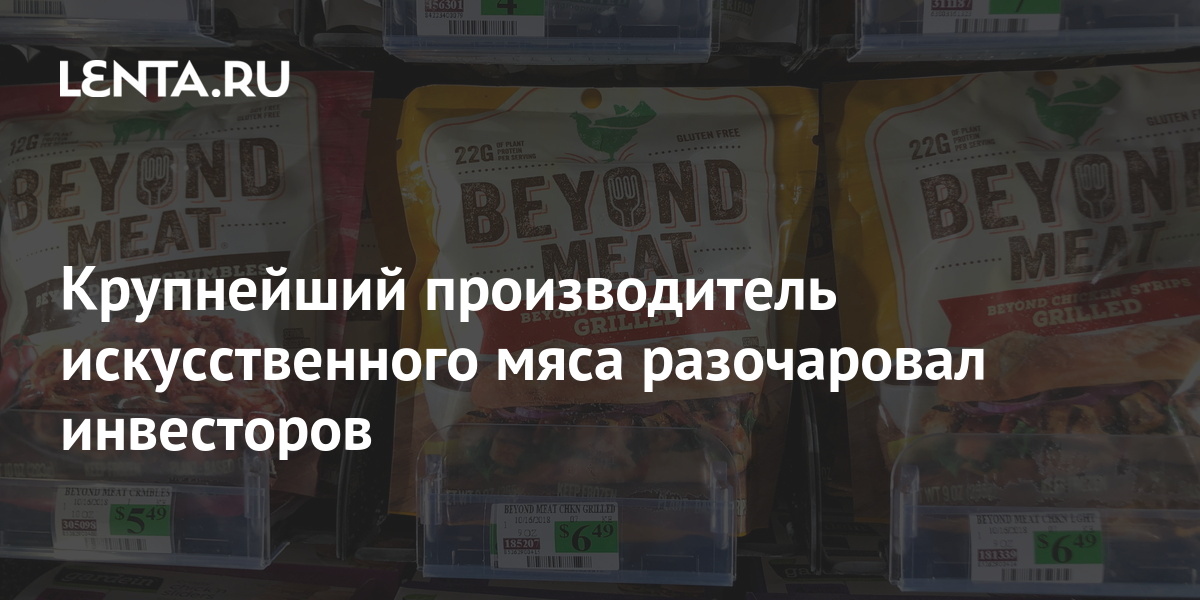 The largest artificial meat producer Beyond Meat disappointed investors after the release of its quarterly report. writes CNBC.

By the end of the second quarter, the company’s shares fell 31 cents, although analysts at Refinitiv had forecast a drop of 24 cents. The net loss rose to $ 19.7 million. The losses are associated with an increase in investment in staff expansion, marketing, as well as an increase in transportation costs. At the same time, the company exceeded the forecast for revenue – it amounted to $ 149.4 million instead of $ 140.8 million due to sales growth of 31.8 percent. The manufacturer expects revenues of $ 120-140 million in the next quarter, below Wall Street’s estimate of $ 153.3 million. Following the news, the company’s shares fell 4.6 percent during extended trading on August 5.

Not enough for everyone

Humanity is threatened by global hunger. Meat will have to look for a replacement

In the US, demand for the product has plummeted, although that market accounts for two-thirds of all Beyond’s revenues. The company explains this by the fact that last year customers stocked up on food for future use. Grocery stores sell approximately 75 percent of all Beyond Meat products in the United States. But outside the country, sales more than doubled. The company relies on European and Chinese markets and invests there to expand production.

In late February, McDonald’s agreed with Beyond and its main competitor, Impossible Foods, to supply artificial meat to several restaurants in the chain in Denmark and Sweden. The meat substitute was used in the McPlant burger (from the English plant – plant). The dish was under testing and was included on the menu from January 19th to June 28th.

In early August, Beyond Meat founder Ethan Brown proposed taxing animal meat. This initiative will reduce meat consumption and help developing countries invest in the production of plant-based sources of protein, the businessman is sure.