The largest oil company in the world caught in a lie 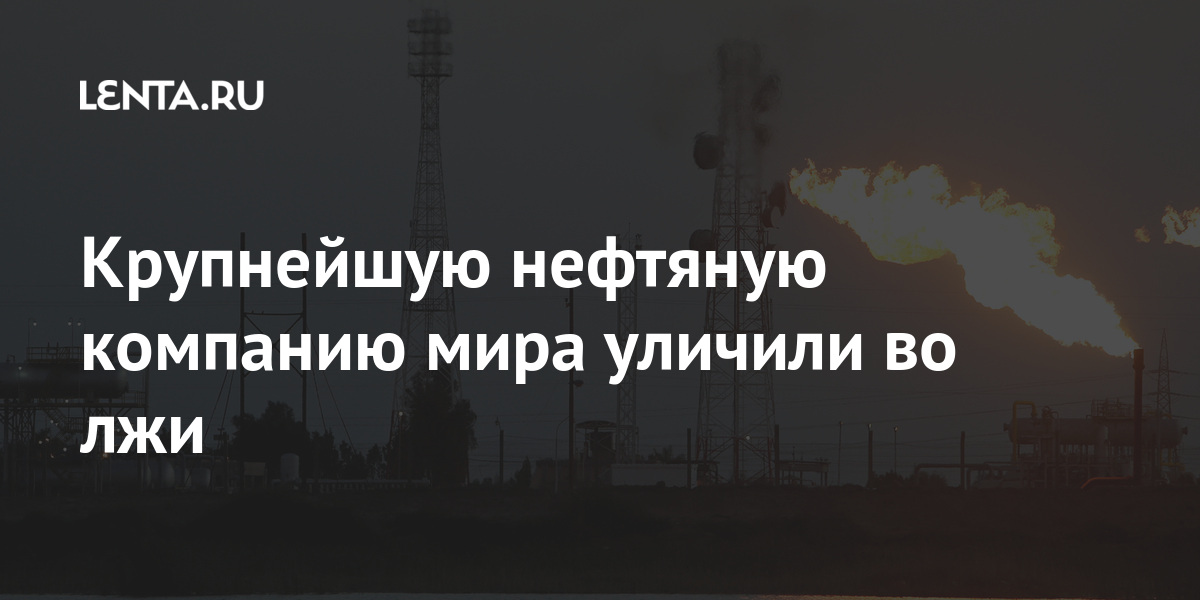 The largest oil company in the world, Saudi Aramco, was caught in a lie. According to Bloomberg, the company does not disclose to investors full information on emissions into the atmosphere from its oil refineries and chemical plants.

Prior to its IPO in 2019, Saudi Aramco promised potential investors that they would acquire a stake in a company that produces less carbon dioxide emissions than other producers. However, the agency found that Saudi Aramco is disclosing incomplete information on emissions and does not include in its report many refineries and chemical industries, which together produce about 55 million metric tons of carbon dioxide. This corresponds to the annual emissions of a country like Portugal. If the company reported on emissions from all production facilities, then their volume would double, the agency concluded.

The new data refutes a claim from a 2018 study published in the journal Science that oil production in Saudi Arabia is second only to oil production in Denmark in environmental friendliness. “There is little point in oil until you refine it and convert it into gasoline, aviation or diesel fuel. And such industries are associated with large volumes of carbon dioxide emissions, ”writes Bloomberg.

However, information on such industries is virtually excluded from Saudi Aramco’s reporting, since it only takes into account emissions from enterprises fully owned by the company or located in the country. While overall Saudi Aramco’s oil production remains more environmentally friendly than other producers, it is not as harmless as the company claims, the agency concludes.

Virtual Ouija: Microsoft patented a technology that will allow ‘talk’ with the dead