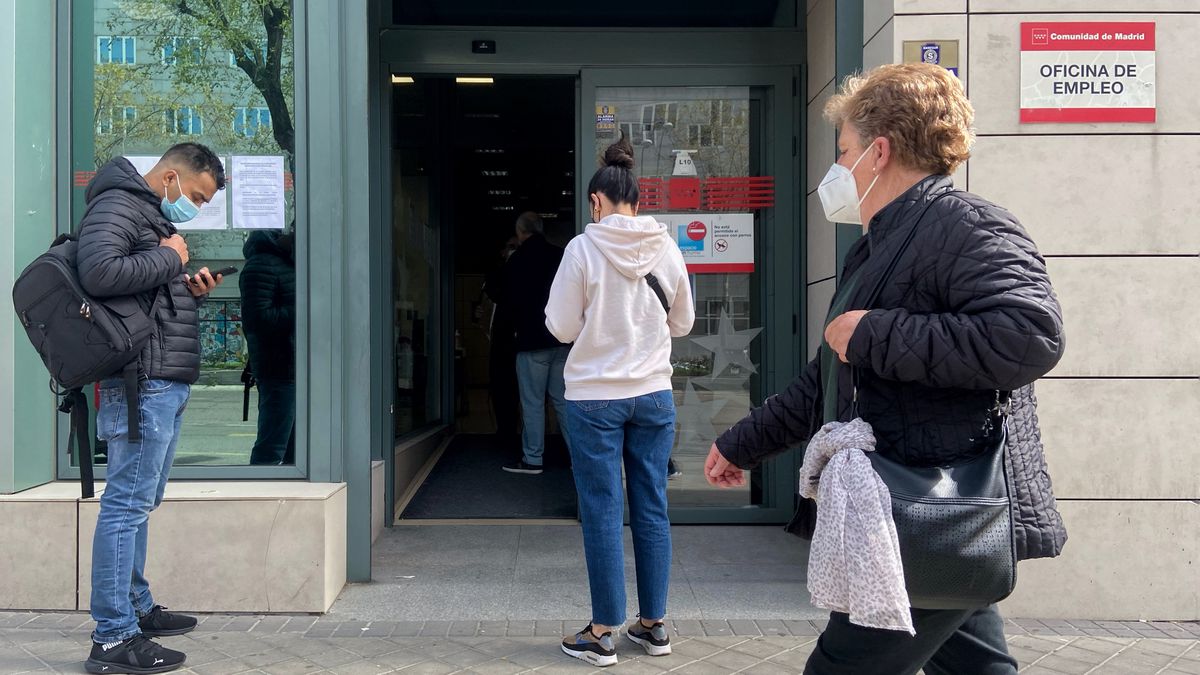 Although the grief of the pandemic continues to constrain the job market 13 months after its emergence, the latest data offers some relief. The number of unemployed decreased by 39,012 people during the month of April to reach the figure of 3,910,628 unemployed, while in relation to the Security affiliation, the number of contributors increased by 134,396 workers compared to the month of March, and 19,055,298 people were registered on average last April. This is reflected in the data offered this Wednesday by the Ministry of Labor and Social Economy, and the Ministry of Social Security.

The labor market improved last April thanks to the creation of jobs in sectors such as construction, agriculture, fishing and livestock. While the tourism sector continues to destroy jobs. Accommodations, transportation, and travel and air transportation agencies lost jobs.

April has traditionally been a good month for employment, due, among other seasonal factors (such as the arrival of good weather), and especially because of the start of the tourist campaign with the pull of Holy Week. However, the irruption of the pandemic in March 2020 has contaminated the last two festivities, ruining the traditional rebounds that, in turn, stimulated tourism. Hence, in the last two months of April the bite to the number of unemployed has evaporated, leaving far behind the memory of 2017, when the largest monthly drop in the historical series was recorded.

Although there are restrictive measures still in force that limit mobility –and continue to punish tourism–, and prevent the normal performance of a large part of activities, the flexibility of some of them (such as the extension of the opening hours in the hotel industry ) and the successive renewals of the period of validity of the ERTE – whose extension will end on May 31 – have oxygenated some businesses.

According to the data offered this Wednesday by Social Security, 638,238 people were under an ERTE on April 29, which represents a decrease with respect to previous records, and that the ministry justifies by “the relaxation of administrative restrictions to fight against the pandemic and the advancement of the vaccination campaign ”.

Although the latest data from the Labor Force Survey (EPA) corresponding to the first quarter of 2021 placed the number of unemployed at 3.6 million, the difference with respect to the unemployment data offered by Work occurs due to the different methodologies that both studies continue. While the EPA is a statistic prepared from a survey and that counts as unemployed any person who has not worked even one hour in the week that is interviewed and can and wants to do so; Registered unemployment obtains the data from a voluntary registration record in which the person seeking a job of less than 20 hours a week or three months is not considered unemployed.

When assessing the total number of unemployed that can be deduced from the statistics provided by both ministries, it should also be taken into account that those workers who are in suspension of employment or reduced working hours as a result of a Temporary Regulatory File of Employment (ERTE) are not counted as unemployed.

The one that has been the main lifeline to which thousands of businesses have grabbed during the pandemic is beginning to show signs of fatigue. And there are already several companies that have submitted an ERE in recent weeks and that will affect 35,000 workers.