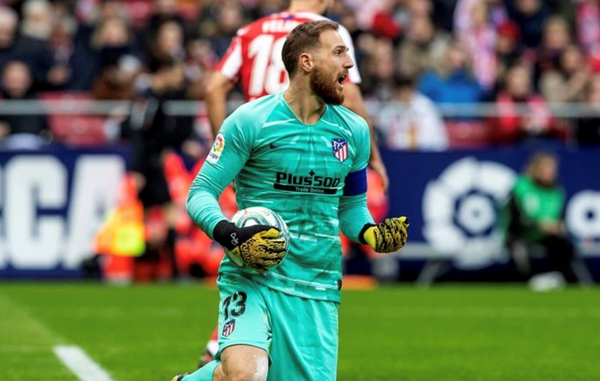 Atletico Madrid goalkeeper Jan Oblak has many stations in his career and life that may not be known to everyone, starting with his difficult start in Spain, his best friend in the NBA, and other things that make him a wonderful person without a doubt, which culminated in his choice today as the best A player in the Spanish Football League last season 2020-2021.

Oblak is one of the best goalkeepers in the world and a five-time winner of the “Zamora” award for the best goalkeeper in “La Liga”, but Yan was not the main goalkeeper at the beginning of his career with Atletico Madrid, as he started as a reserve for his more experienced colleague Miguel Angel Moya, despite joining at the value of 16 million euros in 2014, a record for a goalkeeper in the “La Liga” at the time, coming from Benfica.

At first he played only cup matches, but cemented his place in the first team when he replaced the injured Moya in the Champions League match against Bayer Leverkusen in March 2015. After that, he never looked back.

Jan began his football career in Olympia Ljubljana, Slovenia, so it was not easy to attract the attention of the biggest clubs in Europe, as he lived a very long distance from the team’s training ground, where he had to ride a bike to reach training daily, covering a distance The journey between going and returning is approximately the equivalent of a marathon (26.2 miles or 42 kilometers).

Oblak comes from an athletic family, as his older sister Tia is a key playmaker in the Slovenian national basketball team and Praha in the Czech Republic. Tia previously played in Hungary, Slovakia, Poland and her native Slovenia. Oblak’s father Matias also played football, As an amateur goalkeeper.

Alongside Oblak, NBA star Luka Doncic is one of the other superstars of Slovenian sports, and the Dallas Mavericks star and Atlético goalkeeper have developed a strong friendship over the years, particularly when they were both living in Madrid. The Real Madrid basketball team from 2015-2018” and they often met to spend time together.

Atlético fans are among the most creative in La Liga, and have created their own song for the goalkeeper, rewriting the lyrics of the famous Gypsy Kings song “Juba Gobi” into “Obley, Oblak, every day I love you more”, which is the song That rings around the Wanda Metropolitano in every match.