The Kremlin hardens and Navalny warns: ‘I have no intention of committing suicide’ 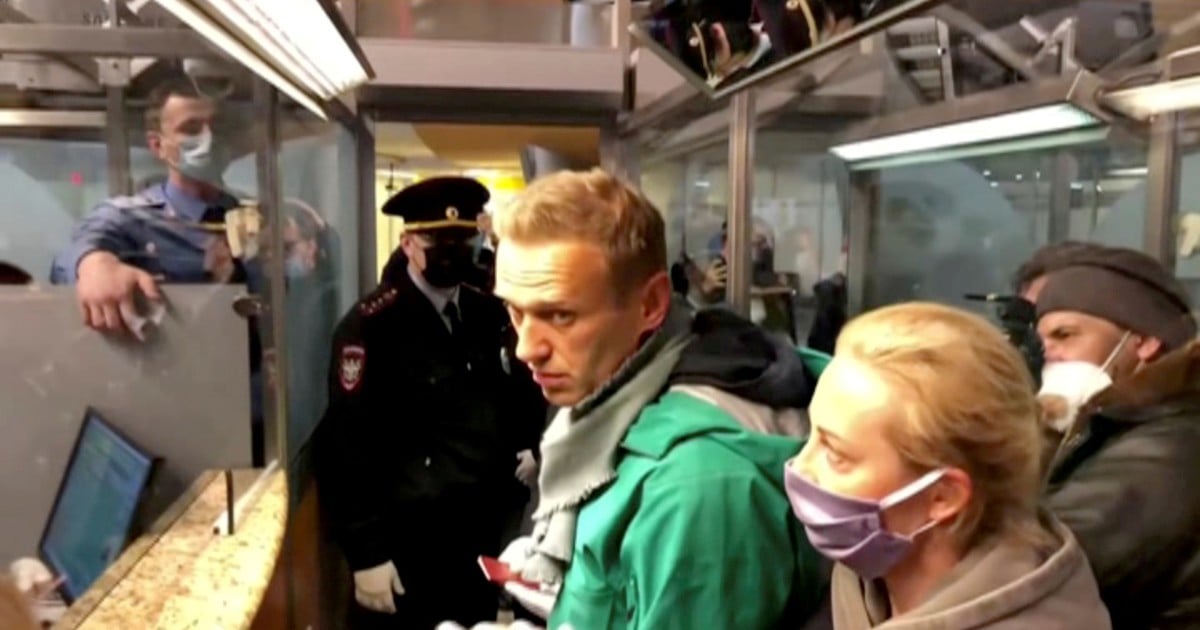 In a context of growing tension over the great march scheduled for this Saturday to demand the release of Russian opposition Alexey Navalny, the government of Vladimir Putin hardened its position and continued with arrests of members of the political leader’s team.

Fearing that something would happen to him in the Moscow jail where he is isolated, Navalny wryly warned on Instagram: “For anything, know that I have no intention of committing suicide, hanging in the window or cutting my veins or the throat with a sharp knife ”.

“I use the stairs very carefully and my blood pressure is taken every day, therefore a sudden heart attack is excluded. I am in a stable psychological and emotional state”, He maintained, according to the Moscow Times.

One of those arrested for promoting this Saturday’s march was Navalny’s spokeswoman, Kira Yarmysh. (AFP)

The Russian authorities, meanwhile, continue to press to neutralize the march on Saturday. Yesterday he arrested several supporters of the opposition, including the politician’s spokeswoman, Kira Yarmish. The woman, who spent the night at the police station, is accused of organizing unauthorized demonstrations.

Navalny’s team called organize demonstrations in 65 Russian cities to demand the release of the activist, who is in custody until at least February 15 and is the target of several unsubstantiated legal cases.

For the Russian authorities, these protests called especially by young people are “illegal”, and the Moscow police promised to “repress” any unauthorized manifestation.

In the event of provocations or attempted violent actions, “the actions of these individuals can be classified according to article 212 of the Penal Code,” that is, massive disturbances, warned the spokesman for the Russian attorney general, Andrei Ivanov.

Oppositionist Alexei Navalny, an anti-corruption activist, became a figure in Tik Tok. Young people call to participate in the march this Saturday. (Reuters)

In the last days thousands of videos and messages of support for Navalny on the social network Tik Tok, very popular with teenagers.

In the videos, for example, people are urged to participate in protests, advice is given not to end up in detention, and students are seen replacing Putin’s portrait in the classrooms and putting Navalny’s in its place.

At the request of Roskomnadzor, the Russian federal body in charge of monitoring the media and the Internet, social networks had to remove the accounts that called for the march.

A statement from Roskomnadzor said that TikTok removed 38% of the information tending to involve minors in “illegal events that endanger their life and health”.

“The Russian social network VKontakte (Facebook type) instead removed 50% of the illegal informations ”, compared to“ 17% on Instagram ”.

The Russian opposition leader, and anti-corruption activist, President Putin’s number one enemy, also received the support of actors, musicians and athletes, among them personalities who often do not want to get involved in politics such as the former captain of the soccer team, Igor Denisov, or the singer Monetotshka, very popular among the youth.

Following Navalny’s arrest last Sunday, when he was returning from Germany, his team responded to the Kremlin offensive by posting an investigation into a lavish property that Putin would benefit from on the shores of the Black Sea. It would have cost more than 1,200 million dollars.

This investigation, accompanied by a video of about two hours with details of the place, was viewed on YouTube by about 53 million people until this friday.

The mansion that President Vladimir Putin, according to Navalny’s complaint, is being built on the shores of the Black Sea. (AP)

The arrest of Navalny, who survived an assassination attempt with a nerve agent last year thanks to care at a German health facility, it again generated clashes between Russia and Europe.

The President of the European Council, Charles Michel, wrote on Twitter that he had a telephone dialogue with Putin in which he ratified that “the European Union is united in its coCondemns the arrest of Alexei Navalny and calls for his immediate release from prison”. “Russia must immediately carry out a full and transparent investigation into the attempt to kill” the opponent, he added.

At the moment, the European front is not compact in the decision to establish new sanctions against Russia for the Navalny case, with some members in favor and others – the majority – who want more time to study a strategy.

In this rarefied climate, the protest against the Putin government will take place tomorrow, and despite threats from the police and judicial authorities, it is expected to be massive, with a strong presence of young people.

A crocodile attacked him and plunged him into the water: remembering a YouTube video for those cases was his salvation