The Kremlin declined to further comment on the situation with Navalny 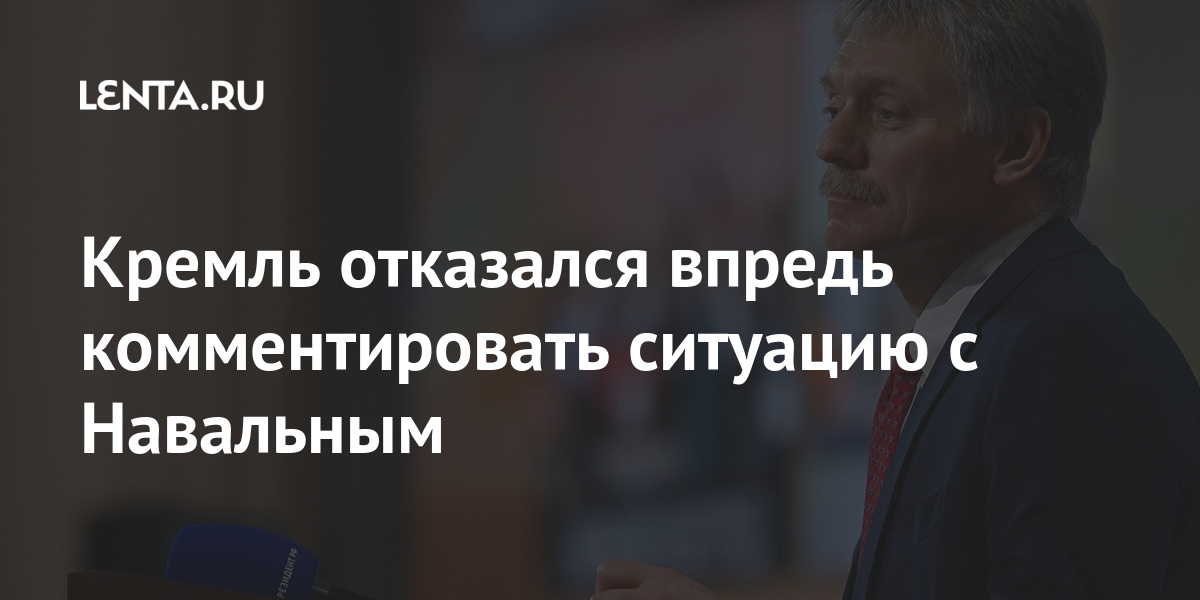 Questions about the health of the founder of the Anti-Corruption Fund (FBK, included by the Ministry of Justice in the register of organizations performing the functions of a foreign agent), Alexei Navalny, should be asked to representatives of the Federal Penitentiary Service (FSIN) and the prosecutor’s office, since the Kremlin cannot comment on this situation. This was stated by the press secretary of the President of Russia Dmitry Peskov, responding to the call of the Parliamentary Assembly of the Council of Europe (PACE) to release Navalny. He is quoted by RIA News…

“Actually, we no longer have the opportunity to comment on this situation, this citizen, this convict. And we won’t. We do not have information, we do not receive it, “Peskov explained, refusing to continue to comment on the situation with Navalny.

Earlier on April 20, PACE issued a draft resolution calling on Russia to release Navalny from the colony by June 7, when the next meeting of the Committee of Ministers of the Council of Europe on human rights observance will take place. Also, the assembly wanted to demand that the oppositionist be provided with the necessary medical care.

Navalny is serving a sentence in correctional colony No. 2 (IK-2) in the Vladimir region. At the end of March, it became known about the deterioration of his health; on April 19, the FSIN reported that he was being transferred to a hospital for convicts. Several specialists – including a therapist, neurosurgeon, neurologist, nutritionist and psychiatrist – examined the oppositionist in connection with his complaints of deteriorating health. He underwent an MRI, an ultrasound scan, an EKG, an examination of the lower extremities, droppers with glucose, proteins and vitamins.