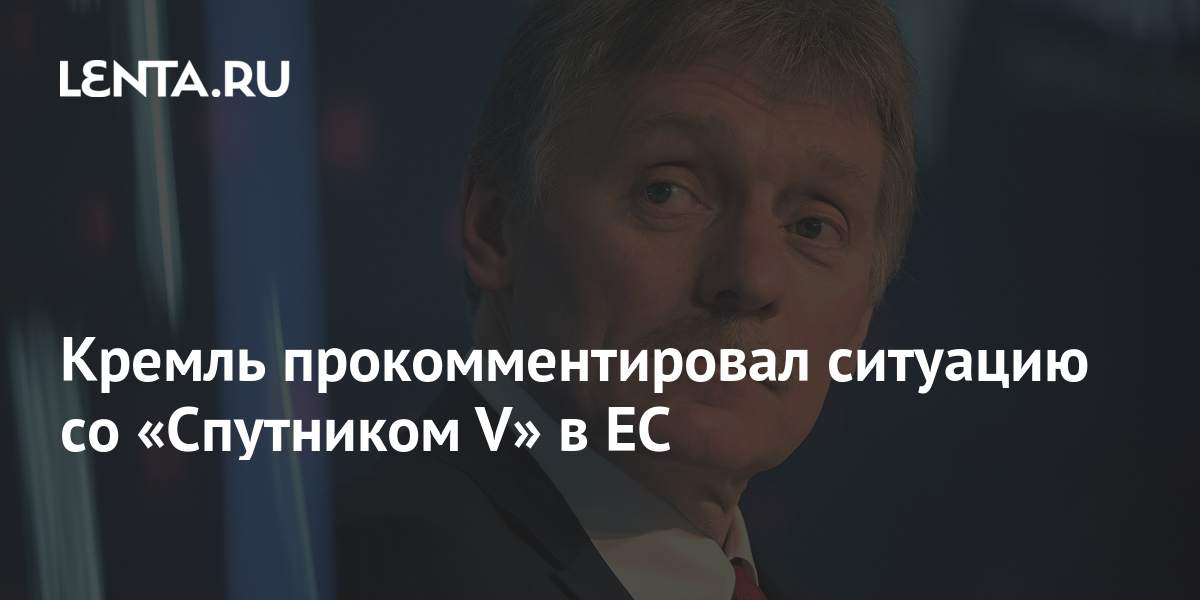 Russian vaccines are quite effective even against new strains of COVID-19, Kremlin spokesman Dmitry Peskov said, commenting on the situation with Sputnik V in the EU, where it has not yet been approved. It is reported by TASS Thursday, 8 July.

Peskov expressed confidence that if political and lobbying prejudices are removed, the Russian vaccine will be recognized in the EU.

“Discrimination due to differences between Russian vaccination certificates and similar documents from other countries is unacceptable,” he added.

The German authorities have previously refused to consider those vaccinated by Sputnik V vaccinated until the drug is approved in the European Union.

Currently, four vaccines against coronavirus have been registered in the Russian Federation. The first drug to be registered was Sputnik V, which is based on the human adenovirus. Then three more domestic vaccines were registered – EpiVacCorona, KoviVak and the one-component Sputnik Light.