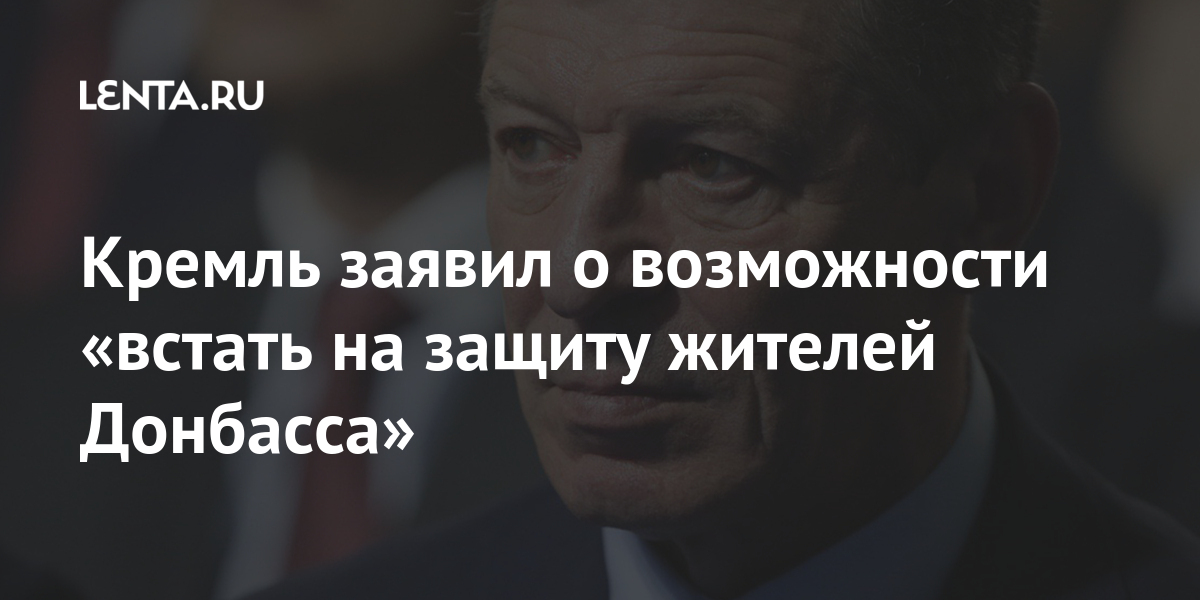 Russia can protect the residents of Donbass, if forced, said Dmitry Kozak, deputy head of the presidential administration. He is quoted by RIA News…

“It all depends on the scale of the fire. If, as our president says, if Srebrenica is established there, we will probably have to defend ourselves, ”Kozak explained.

According to him, in the Donbass there are “battle-hardened armed formations” that are capable of holding the defense, so the need for protection does not arise yet. However, everything depends on the other side, said the deputy head of the presidential administration.

Another aggravation of the situation in Donbass began at the end of March. Ukraine and the self-proclaimed republics accuse each other of intensifying shelling, conducting reconnaissance activities and moving military equipment in the area of ​​the contact line.

In December 2019, Russian President Vladimir Putin warned that Kiev’s control of the border with Russia could lead to genocide in Donbass. “This will be Srebrenica,” he said.

The 1995 Srebrenica massacre is considered the most massive massacre in Europe since the end of World War II. The authorities of Bosnia and Herzegovina reported the disappearance of 7-10 thousand Muslims of Srebrenica.

Call for a doctor: Navalnyj goes on hunger strike