The Kremlin announced a detailed response of Putin on voluntary vaccination 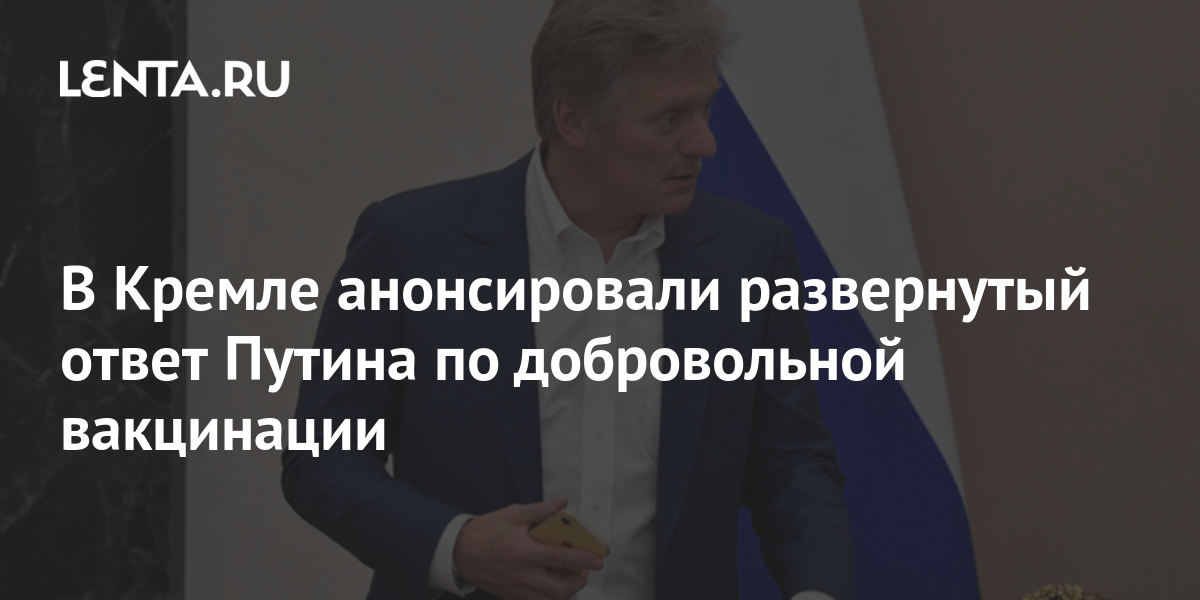 The Kremlin announced a detailed response from Russian President Vladimir Putin on the topic of voluntary vaccination in the country. This was stated by the press secretary of the Russian leader Dmitry Peskov in an interview with the TV channel “Russia 24”, he is quoted as saying TASS…

Peskov explained that the president will give a detailed answer on this topic on a direct line.

“Vaccination is indeed voluntary. I have no doubt that the president will give a detailed answer during the direct line, ”he said.

Earlier in June, Peskov, in response to a question about the possibility of introducing mandatory vaccinations, said that vaccination in Russia remains voluntary.

The decision on compulsory vaccination of part of the population was made in a number of regions, including Moscow, Moscow region, Leningrad, Tver, Kemerovo, Nizhny Novgorod regions. Basically, the measures concern workers in the service sector, education and health care. Rospotrebnadzor explained that people who, by the nature of their activities, are forced to often contact other people, should be vaccinated.