The king of Thailand wants to have two queens 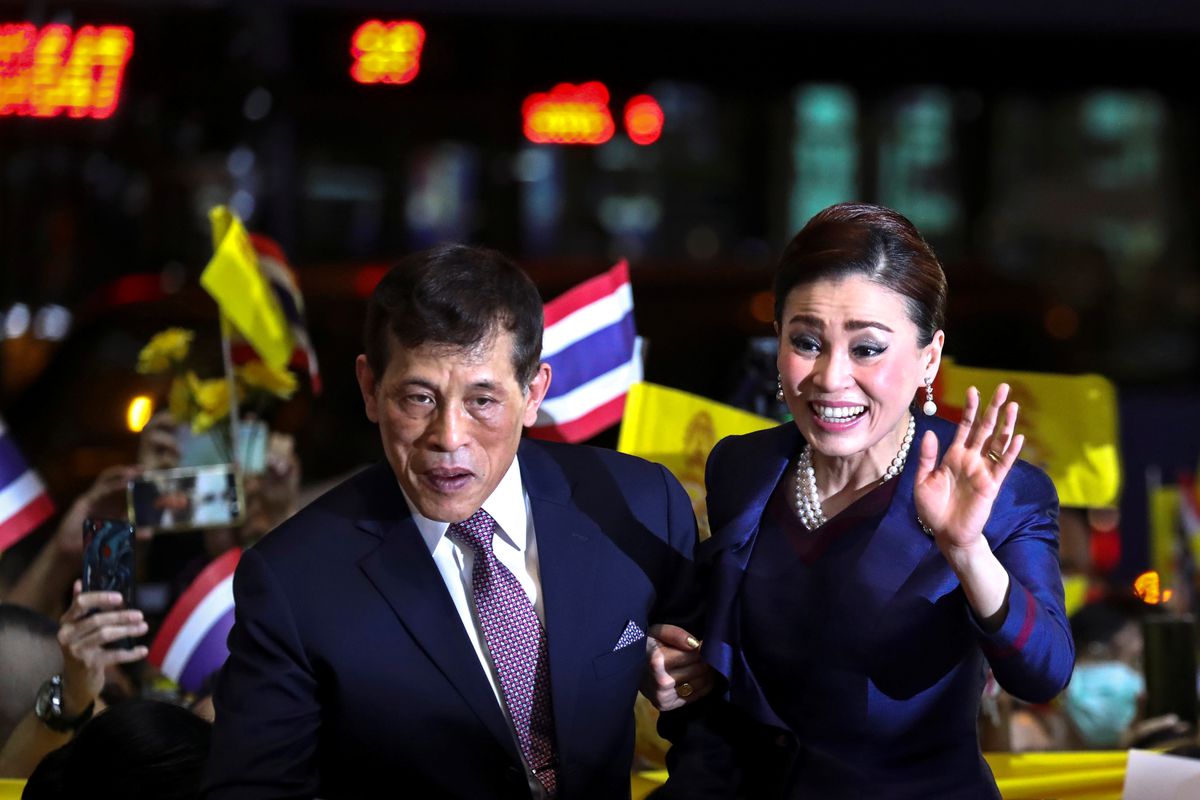 Palace intrigues are always shrouded in mystery, but in Thailand even more so. In a country that zealously protects its monarchs – through one of the most punitive lese majesty laws in the world – there is no possible certainty about what happens within the royal family, beyond what is glimpsed due to the changes in the behavior of its protagonists and the leaks that reach the media. The latest news of King Maha Vajiralongkorn’s hectic love life points to new tensions between Queen Suthida and Sineenat Wongvajirapakdi, her official concubine, over the alleged plans of the head of state to make her second queen, after vaudeville episodes of repudiation and reconciliation.

Although the king’s intention has not been officially confirmed, after various media indicated that the monarch, who reigns as Rama X, intended to crown it on the occasion of Sineenat’s thirty-sixth birthday in January, what is clear is that the The young man has once again the favors of the regent. If in October 2019 she was dismissed for “disloyalty” – initially towards the queen – and “disobedience”, now it seems to be Suthida who has the wind most against.

The love stories of both with the king have gone almost in parallel. Rama X married Suthida by surprise shortly before his coronation in May 2019, and three months later he made public the appointment of Sineenat, who became the first Thai concubine in nearly half a century. Both the queen and Sineenat had held positions in the king’s security service when they had an affectionate relationship with the then heir. And the two have been taking over the role of female protagonist of the Thai royal house since Maha Vajiralongkorn succeeded his father, King Bhumibol, in the antipodes of his son in his domestic life, much more stable and discreet.

Since Sineenat was pardoned by Rama X last October, the concubine has been very much present in the king’s routine. She accompanied him to Bavaria (Germany), where he took refuge in the first months of the coronavirus pandemic, renting a hotel that he shared with her and a score of concubines. And already on his return to Thailand at the end of last year, after months of street protests calling for democratic reforms in the country – also in the monarchical institution, something unheard of – he has participated in public events with the king. To celebrate their 36th birthday, they both appeared wearing matching blue coats at a Buddhist ceremony in Bangkok.

In parallel, Queen Suthida, who in her day was said to have special influence in a king known for his despotic excesses, would have been losing her influence. The former Thai Airways flight attendant has spent months missing from the public scene, while Rama X attended official engagements and traveled with his consort. His last official images date from February, published by the royal house on the occasion of the Chinese New Year festivities and amid growing concern about his absences.

Among the many speculations about the reasons for his disappearance is one especially sordid: the one that makes him responsible for the leak of more than 1,000 intimate images of Sineenat months ago, sent to some media and journalists. Although hackers were initially held responsible for the disclosure of the content, racy snapshots that suggested that they had been taken by the concubine to send to the king, the suspicions were soon transferred to Queen Suthida. The old-fashioned reasoning that depicted her as a hurt wife seeking to humiliate her lover gained strength, fueled by her mysterious exile.

Whether it is a coincidence or a reprimand for the queen’s wiles, it will probably never be known for sure. For the time being, Sineenat continues in her concubine rank, enjoying the king’s attentions in the public eye. Although her promotion to the rank of second queen is not out of the question, neither is it that Suthida, the fourth wife of Rama X, regains – if she really lost it at some point – her title of favorite of the capricious monarch.

NBA: the defensive lesson they gave Facundo Campazzo in another record game

Oil falls as fears of the Corona wave in India increase

Kretschmer in Moscow: He wants to stay turned towards Russia