The King of Palma 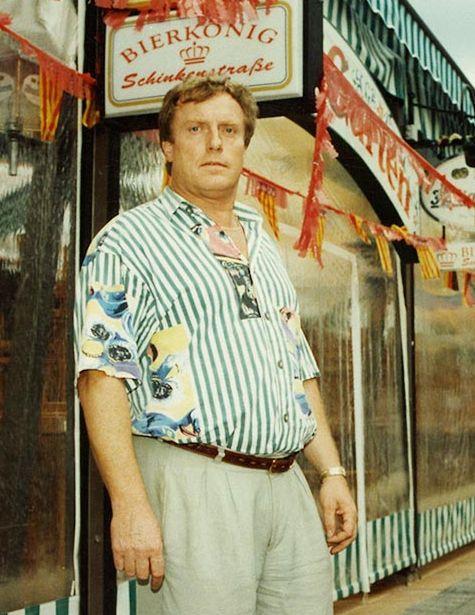 Want to know one reason why there’s an increase in flights from Germany? It’s because of a different type of tourism. Filming tourism. Upwards of 2,500 extras have been sought for “Der König von Palma”. Shooting for The King of Palma begins next month. Can Picafort and Playa de Palma are the main locations; solid German territory both.

Flights have been booked by aspiring extras, the producers having primarily wanted people with “German looks”. The German government’s change of advice regarding travel to Mallorca has come right in time, even if the government is insisting that it isn’t “an invitation to travel”. Sorry, but what else is it? The producers are doubtless relieved that the invitation has been extended.

Johannes Kunkel, the producer, said last month that this will not be “some Ballermann trash, it will be a really high-quality drama ”. This reference, Ballermann trash, made me think of what could only have been defined this way. Light entertainment shows were beamed into Germany’s living-rooms from Mallorca. Arenal was naturally always a favored setting. I would watch with my jaw dropping ever lower as a succession of “Schlager-Musik” acts performed before an audience all with a “Mass” of beer in hand, swaying and singing along. It’s impossible to describe how truly dreadful this was.

A preferred location for this was a “Beer garden”, And beer garden brings us to The King of Palma, a series – it has been explained – which is set against the background of the“ gold rush ”of the nineties after German reunification. There was a migration to Mallorca and to a new life, and yet – as I understand the basic plot of the series – the main protagonists are from the west, from Dortmund in fact.

It tells of a family who come to Arenal and open a beer garden. A modest establishment, its popularity grows, as does its size. The series is apparently based (loosely perhaps) on Bierkönig beer garden – Manfred Meisel.

At some time after midnight on November 12, 1997, Manfred Meisel was shot twice in the back of the head. Three bodies were discovered. The other two were those of Claudia Leisten and Manfred’s eight-year-old son, Patrick. Bild carried the headline “Das Blutbad am Ballermann”.

But the bloodbath wasn’t in Arenal. It was at the chalet in S’Aranjassa in Palma where Manfred lived. The local press made much of the murder of “The King of Beer.” Speculation was rife. The murders bore the hallmark of contract killings. “Mafia” involvement of some sort was suspected. One theory was that it was all to do with the valuable exotic birds that Manfred bred.

The police focused their attention on Diana Ritter. She was Manfred’s second wife. Patrick was their son. She was expecting a second child by Manfred and had traveled to Frankfurt the day before for a consultation with a gynecologist. There was talk that the baby wasn’t Manfred’s.

Such talk was proven to be wrong. But it had been understandable. Manfred and Diana were not faithful. Claudia Leisten was an employee of Manfred’s. She may have been rather more than this. Diana was involved with Sven Holder, a business associate of Manfred’s.

The police ascertained that in the event of the death of both Manfred and Patrick, Diana would inherit the entire business. A prime suspect she may have been, but absolutely no evidence was ever found. And there was a key question. Would she have been responsible for her own son’s murder? Sven was to be arrested in Germany ten years later. He had been drunk and had apparently told others that he was responsible. He was questioned, but a judge ruled there was no evidence.

In 2008, The country reported the views of a retired police investigator in Palma. He was convinced that these had not been contract killings and that Diana had nothing to do with them. Manfred and Claudia had been shot in the same way. A pillow was used to muffle the sound, as bullet holes were found in it. But Patrick had been shot in the temple twice, not in the back of the head. A pillow wasn’t used, and yet one had to have been taken downstairs and used for the two other shootings. There were signs of Patrick’s blood on it.

The officer believes it was a robbery that went wrong and implies that the boy was the first victim; he had woken up. There were packages containing 400,000 pesetas on a table in Patrick’s bedroom. But the money wasn’t touched. Nor was any other money taken – some 50 million pesetas in a safe that was easy enough to open.

It seems unlikely that The King of Palma will shed any light. But what it will do is recall the events of November 1997 and a case which, to this day, remains unresolved.

Hockey Mikko Rantanen, who is in a stunning goal, struck twice again and rose to the second place on the paint exchange alone: