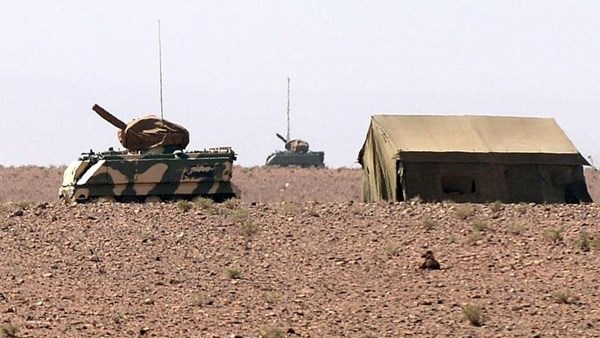 A senior military leader in the Polisario Front was killed Tuesday while carrying out a “military mission” in the Moroccan Sahara.
The circumstances of the killing of this military leader are still unclear, as unconfirmed reports said that a Moroccan drone targeted him with a raid in the Twizky region in southern Morocco.
The Far-Maroc forum on Facebook said that “after a careful intelligence and military operation, the Royal Armed Forces monitored and tracked suspicious movements inside the buffer zones of Polisario leaders, including the leader of the terrorist organization and a group of his senior associates.”

He added, “The movement was targeted, which resulted in the killing of several leading elements, including the leader of the so-called gendarmerie in the terrorist organization and Najat Ibrahim Ghaly,” the Secretary-General of the Polisario Front.
In turn, three Moroccan media outlets reported that Al-Bendir was killed in an operation carried out by the Moroccan army “east of the sand wall” that separates the two camps and extends over a thousand kilometers.

Ismail Matar makes the difference with the unit