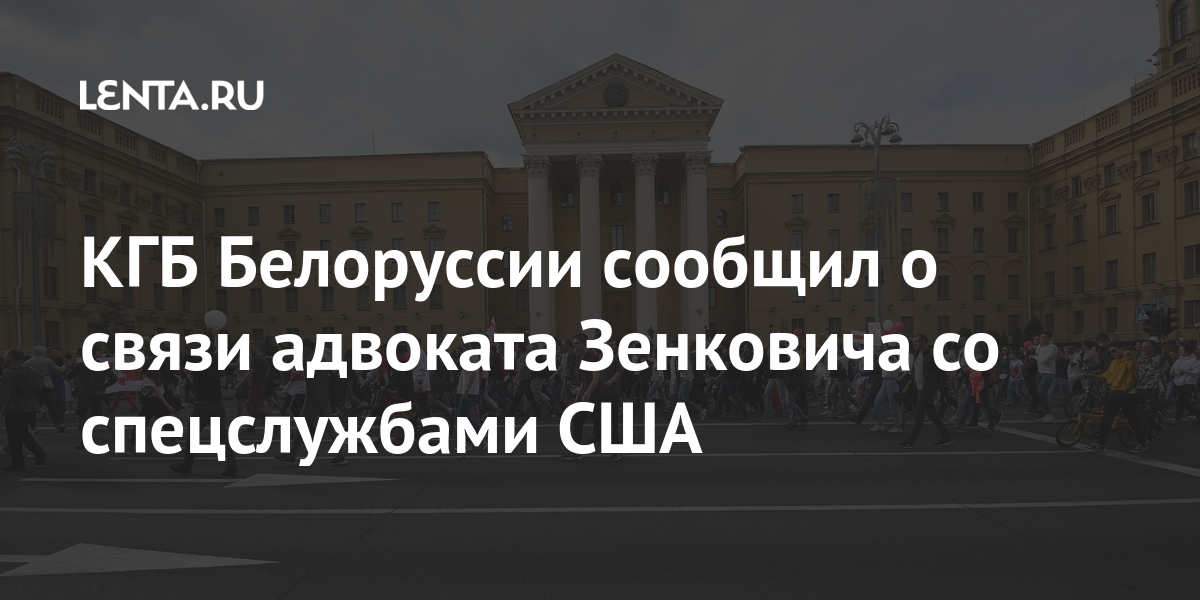 Lawyer Yuri Zenkovich, who is supposed to have been preparing the assassination attempt on President of Belarus Alexander Lukashenko, is associated with the US special services. This was stated in the country’s KGB, reports TASS…

He, according to intelligence agencies, tried to recruit the military to overthrow the government, offering them money.

It is reported that the detainees are now placed in a pre-trial detention center, they are cooperating with the investigation and confessing.

On Saturday, April 17, Lukashenka said that an attempt was planned on him and his children. According to the president, the task of elimination was approved by the top leadership of the United States.

France Football: Why is “City” terrifying “the Premier League”?

At the last minute, the Government managed to deactivate a day of picketing: self-criticism and promises of plans and food