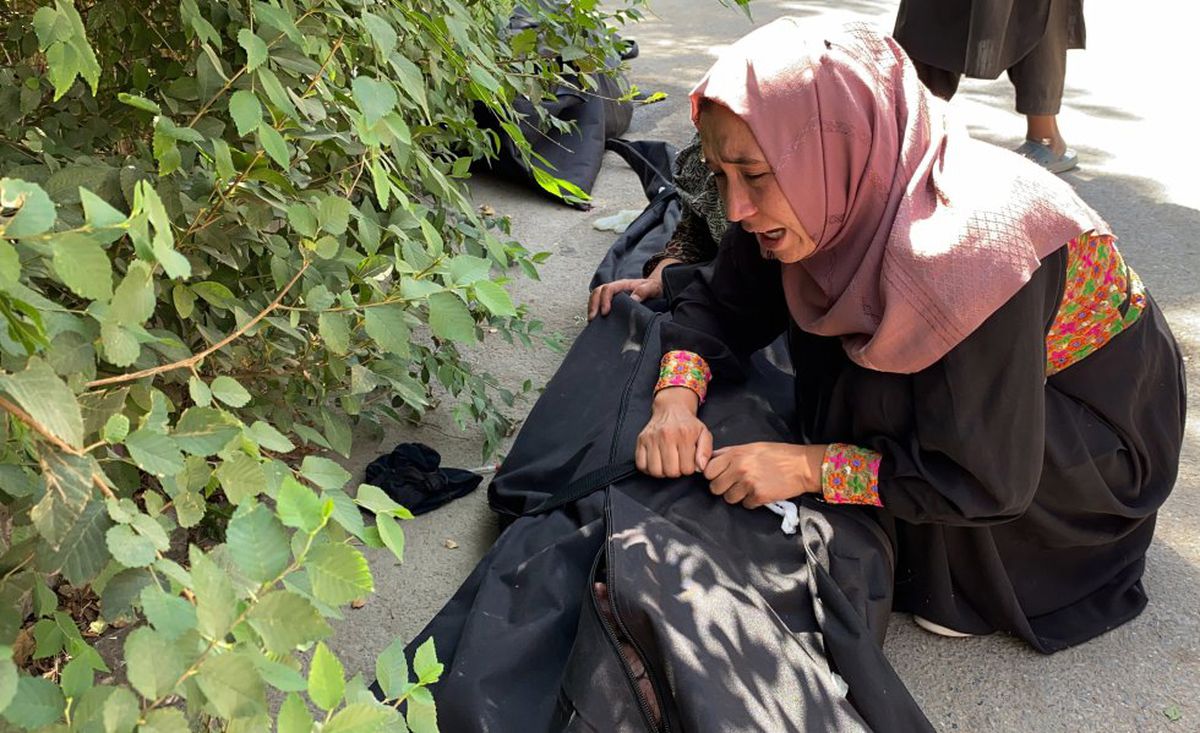 Afghans continued to flock to Kabul airport on Friday despite the suicide attack the day before. Adding to the desperation to escape the Taliban regime before the United States completely closes its operations next Tuesday is the threat of a new wave of terrorism. The attack by the Islamic State (ISIS) highlights the challenges facing the Taliban and is a serious blow to the security commitment with which they are trying to win at least the benefit of the doubt from the Afghans.

If there is one message that Islamist leaders have repeated since entering Kabul, it is that everyone is safe under their brace. “The Islamic Emirate of Afghanistan is not going to take revenge on anyone [ni] to become a battlefield for no one, “said the group’s spokesman, Zabihullah Mujahid, in his first appearance before the media.

The images that they broadcast of the removal of concrete walls in Khost, to the east, of meetings with religious leaders in Herat, to the west, or of citizens who come to them to solve their problems, want to convey that the Taliban control the situation. However, the “patrols of the victorious force” that, with uniforms and equipment equal to those of the American soldiers, guard Kabul were not able on Thursday to prevent the attack of ISIS-K, as the local branch of that is known. terrorist group.

Hence, when condemning the attack, Mujahid specified “that it took place in an area where the United States forces are responsible for security.” It is true that the suicide bomber detonated his vest right at one of the access doors to the airport, which is controlled by US soldiers, but to get there he had to go through several checkpoints run by the Taliban militiamen. “The Islamic Emirate is paying great attention to the safety and protection of its citizens, and is decisively stopping the wicked,” added the spokesman.

Since its appearance in Afghanistan in 2015, ISIS-K has become the main rival of the Taliban, whose negotiations with the United States (of which there was already a first attempt in 2013) have always been rejected by the most radical sectors of the group. Those tensions may be exacerbated now, as its more pragmatic leaders try to form a government that will win support inside and outside the country. Those who oppose any concession may be tempted to break ranks and join the jihadists.

The Taliban have left the security of Kabul in the hands of Khalil Haqqani, leader of the so-called Haqqani Network, a group closely linked to Al Qaeda, which retains some autonomy within the Islamist movement and whose leader is one of the three deputies to its chief executive. Khalil (for whom the United States has offered a $ 5 million reward since 2008) belongs to the most radical wing of the group, and some analysts cast a shadow over his actions. Sajjan M. Gohel, director of international security for the Asia-Pacific Foundation, says in the magazine Foreign Policy that the Haqqani Network also maintains ties with ISIS-K.

It is very difficult to detect a suicide in the middle of a crowd of several thousand people. Those gathered at the entrances to the airport were, and continue to be, what specialists call “soft targets.” Although the Pentagon claims to have passed intelligence information on the threat to the Taliban, there is no evidence that they regularly searched people and luggage. The militiamen use the controls for their own purposes: detecting who is on their search lists and turning off potential travelers, even with valid documents.

“Since Wednesday they have prevented the passage of the buses with which we tried to bring people to the airport who we want to help leave the country,” trusted a European source before the attack. His words confirmed the complaints that many Afghans make on social networks.

At least for now the Taliban and the resistance grouped in the Panshir around Ahmad Masud – son of the charismatic guerrilla Ahmad Shah Masud, who led the anti-Taliban resistance in the 1990s – have decided not to confront each other on the battlefield as they dialogue in search of of an agreement. Representatives of both parties met last Wednesday without tangible result, but with the commitment to do so again after consulting their respective leaders, reports ToloTV. Masud had previously declared that he wanted to reach an agreement, but if he did not achieve it, he was preparing to fight. The orography of the Panshir Valley, in northeastern Afghanistan, protects those who have taken refuge there from a possible surprise attack.

Pressure on the border with Pakistan

Thousands of people have gathered since Thursday at the Spin Boldak Afghan border post to try to cross into Pakistan. Images posted on social media draw attention to an exodus that crowds to flee through Kabul airport had so far eclipsed.

Since the crossing reopened on the 21st, the number of Afghans crossing it has multiplied by four to 18,000, according to the Pakistani press. Many more are trapped on the Afghan side of the gate due to lack of papers: passport or refugee card. Unlike previous conflicts, Pakistan is reluctant to open its doors to refugees. It already has 1.4 million registered by the UN and another million more without authorization.

The other pass, Torkham, 930 kilometers further north, has so far been reserved for the exit of foreigners from Afghanistan. Islamabad announced in late July that it was deploying auxiliary forces to prevent the illegal crossing of Afghan and Taliban fighters. Information on the situation on other borders is lacking, although Iran has historically been the second destination country for Afghan refugees and still has 700,000 from past conflicts.