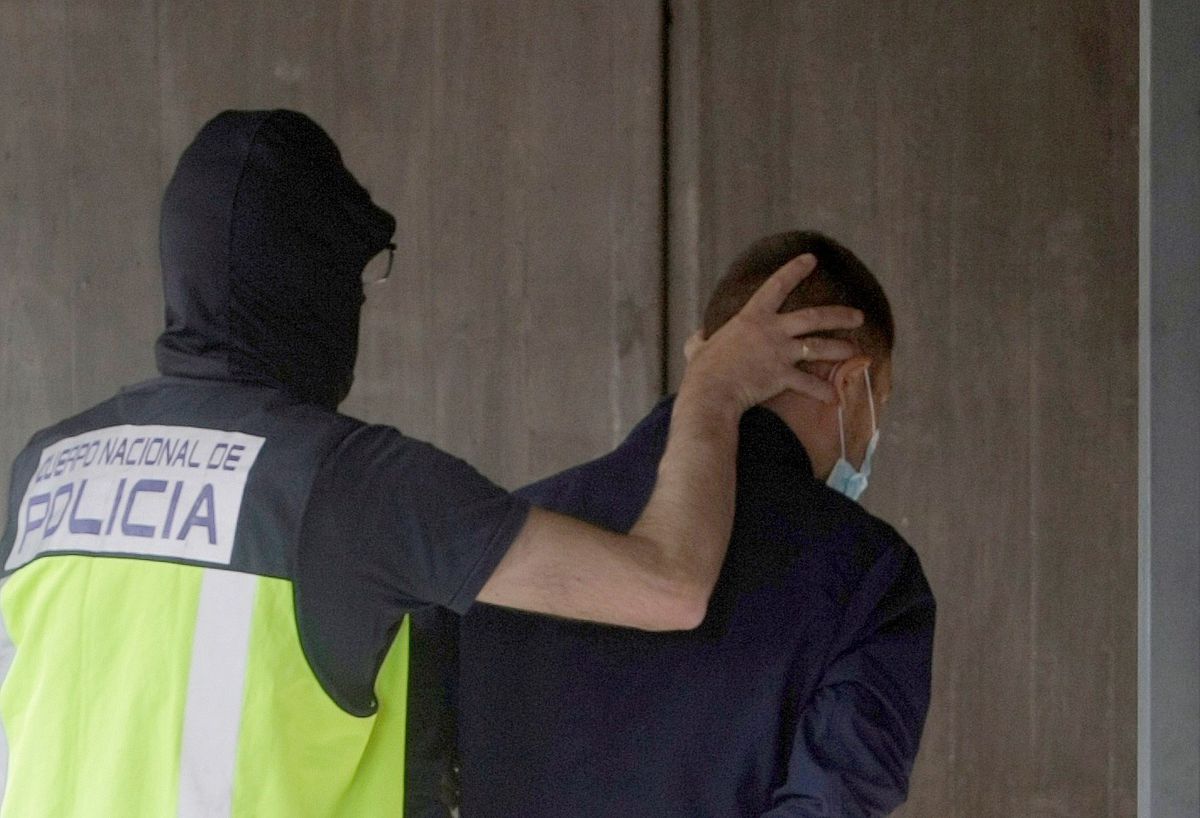 The judge on duty has issued early this afternoon a communicated prison without bail for three of the first four arrested for the collective lynching of the young Samuel Luiz at dawn last Saturday in A Coruña. Specifically, the three who will be taken to jail are three men, and the woman, for whom the Prosecutor’s Office has not requested provisional detention, has been released with charges. The magistrate considers that there is a risk of leakage or alteration and destruction of evidence. The four are being investigated for a crime of murder or murder, which will be defined in the course of the investigation.

This Friday morning, in addition, the police have arrested two minors for the death of Luiz, as confirmed by the Government Delegation in Galicia. They are two men, residents of A Coruña, and one of them has a police record. They are friends with the rest of those arrested in previous days and none of them knew the mortal victim.

“We are aware that there is a huge social demand for answers”, said this Friday the Government delegate in Galicia, José Manuel Miñones, and has maintained that the police continue to work with the possibility on the table of new arrests in the next hours. Miñones hopes that the judicial statement this Friday of the first four arrested for the fatal beating can provide “new evidence” against people who appear in the tumult, collected by the security cameras in the area of ​​the attack.

The first four detainees, who have been brought to justice this Friday, arrived at the courts of A Coruña before 10 in the morning. They are of legal age, between 20 and 25 years old, and were arrested between Tuesday and Thursday as the alleged perpetrators of the beating death of Samuel Luiz in the area of ​​the drinking places of the coastal promenade at dawn last Saturday.

They arrived at the court in two vans. In the first of them, two men, and in the second, another of the young men and a woman. All with their heads covered. As reported by the Superior Court of Xustiza de Galicia, they appeared before the investigating judge number 1 of A Coruña, on guard duty. The case, however, will be instructed by Court number 8, which was the one on duty when the events occurred. It has been, therefore, the judge of the first of the examining courts who has questioned them and has agreed on the measures, but they must be ratified by number 8. None of the detainees has availed themselves of their right not to testify. All are residents of A Coruña, of Spanish nationality, and except for one of the two minors arrested this Friday, they have no police records.

The lynching of Samuel Luiz Muñiz, another 24-year-old boy from the region, took place after three in the morning, outside a central location where both the victim and the assailants had been. They had never met until one of them, outside the bar, falsely believed that Samuel and a friend were recording him with their mobile. He approached facing the boy, insulted him and punched him. Samuel’s reaction was peaceful, and he managed to slip away and cross the sidewalk. But the friends of the first young man joined in and raged until he was dying. The emergency services tried to revive him for 41 minutes and then transferred him to the hospital, where he died.

Among the first four arrested are the first young man who faced Samuel and the girl who accompanied him. Another of this first group went to testify to the police on Wednesday, and was arrested on Thursday. The agents attribute the crimes of homicide and misappropriation to him because it was the one that was made with the victim’s mobile.

Samuel Luiz, the boy who taught the Bible and played the flute in church

Several people have gathered at the door of the courts to express their rejection of the crime and remember Samuel, a nursing assistant who was studying to be a dental prosthetist and stood out for his calm character and his solidarity activities. The police start from the main thesis that the brawl had its origin in the misunderstanding of the telephone. The victim’s friends insist on the homophobic overtones of the event, since the deceased was homosexual and the aggressors insistently repeated the expressions of “fag” and “fag of shit.” Last Monday, many Spanish towns were the scene of concentrations called by LGTBI groups due to the social upheaval that the case has generated.

Defense of one of the detainees

José Ramón Sierra, defense attorney for the last person arrested for the crime of Luiz, affirmed this Friday when he arrived at the courts that his client is “innocent”, although it is now known that he is one of those sent to prison. This criminal lawyer is well known in Galicia for having been the one who initially assumed the defense of José Enrique Abuín, alias The gum, murderer of Diana Quer, sentenced in 2019 for the kidnapping, sexual assault and death of the young woman from Madrid to permanent reviewable prison. Sierra, however, abandoned the defense of El Chicle, according to his version, due to “loss of trust” in the client. Subsequently, a public defender had to assume his representation, who went to the end of the process.

Now, Sierra insists on the “innocence” of the young man she attends. “My client has testified at the police station because innocents always testify,” said the lawyer. And then he explained that his defendant came “voluntarily and as a witness.” But his statement transformed him into an investigated and, later, a detainee. Sierra says that the man was not involved “neither in the lynching nor in what is considered homicide.” The citizens gathered before the courts yelled at the lawyer to do as with Abuín and “abandon the case.” “This step to the judicial disposition seems to me a mistake because he is innocent,” said the lawyer. “May your conscience not allow you to defend these murderers,” the group claimed.