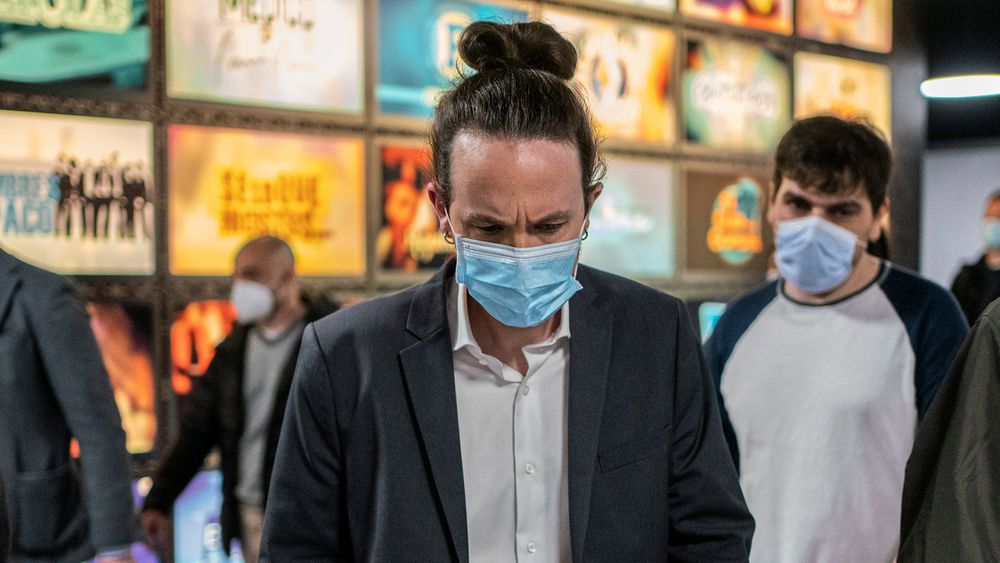 The judge of Neuron case, Juan José Escalonilla, has decided to archive another of the lines of investigation opened in this macrocause against Podemos and several members of its leadership. The magistrate shelves the investigations into the alleged “bonuses” that, according to the complaint that gave rise to the process, two of the party workers would have charged through supplements: Rocío Esther Val, manager of the training, and Daniel de Frutos , your treasurer. In an order issued on March 11, to which EL PAÍS had access, the instructor ruled out the commission of a crime of unfair administration: “There is no circumstantial irregularity to be appreciated,” he emphasizes.

This decision supposes the archive of the fifth line of investigation within the Neuron case –although one of them has been reopened by order of the Provincial Court – and contributes to further lighten the judicial panorama that Podemos faces in these investigations, which were opened in the summer of 2020 after the complaint of José Manuel Calvente, a former lawyer of the party faced with the cupola. The political force led by Pablo Iglesias, who ran this week as a candidate for the Government of the Community of Madrid, has insisted since then on his innocence and ensures that all the accusations are based on “rumors.” Moreover, the co-founder of the party and also accused, Juan Carlos Monedero, frames this investigation within a “legal war” against the formation: “This persecution is very unfair,” he said on Monday leaving the court, after testifying before Escalonilla .

The main line of the macrocause that remains active focuses on the hiring of the Mexican consulting firm Neurona for the April 2019 elections for consulting tasks that, according to the judge, were never carried out. The magistrate maintains at this point, the only one that the Prosecutor’s Office supports to investigate, that there are indications that contracts were manufactured to pay 363,000 euros to the company and thus divert that money. We can repeat, on the other hand, that the paid jobs were done and has contributed videos made by the employees of the Mexican society.

But, in addition to this line of research, five other secondary branches were opened. Four of them are closed due to lack of evidence: those that dealt with the alleged unauthorized access to a worker’s hard drive; the contracts signed with the consulting firm ABD Europa for the general elections of April 2019; the alleged cost overruns in the reform of the party headquarters; and the alleged “bonuses”, which has just been shelved now.

Val and De Frutos received two supplements of 210.32 and 400 euros in the payroll for coordination tasks. According to Calvente, that extra money had been assigned to him “unilaterally”, without it being recorded in the party’s salary tables and without authorization from the Podemos Coordination Council. In addition, he added, the salary limit set in the Code of Ethics was thus exceeded. But Escalonilla rules out any irregularity. The judge points out, in the first place, that neither of the two defendants occupies an elected position and, therefore, the “limit of three interprofessional minimum wages established in 2019” as the maximum limit of remuneration for the positions of the political force (everything that exceeded that amount was donated to the party). On the other hand, the magistrate adds that, not only were similar supplements applied to another half a dozen employees of the training, but that the Council “approved” them when supervising the accounts, contrary to what the complainant maintained.

The former lawyer of Podemos also blamed the manager and the treasurer for collecting bonuses in the form of expenses that went uncontrolled to training. But, again, the judge rejects the existence of illegalities by “verifying” that they were approved by the Finance Team and the Management Area; and in concluding that “they are not unilaterally charged expenses by those investigated, but rather approved expenses in their respective areas.”

The last line of investigation of the Neuron case, initially filed by the judge and that the Provincial Court forced to retake, deals with the alleged diversion of money from the solidarity fund, a fund to which public officials donate part of their salary for social purposes. At this point, the Prosecutor’s Office rules out any indication of a crime.

At the same time, the judge approved to investigate separately, in “independent proceedings”, three other events denounced by the lawyer Mónica Carmona, former head of the Podemos Regulatory Compliance and also confronted with the leadership of the formation. These three new ramifications, which will be carried out by other instructors, deal with the alleged collection by Pablo Iglesias, vice president of the Government, of the costs of legal proceedings where he was defended by party lawyers; for the alleged use as a nanny of an advisor by Irene Montero, Minister of Equality; and for the alleged irregular donations from the political force to a social entity and to the Instituto 25-M foundation, linked to training and directed by Monedero.

Intelligence announced the transfer of dozens of tanks to Donbass

Captain of “Avangard” Emelin was discharged from intensive care