The journey of peppers around the world, told by genetics 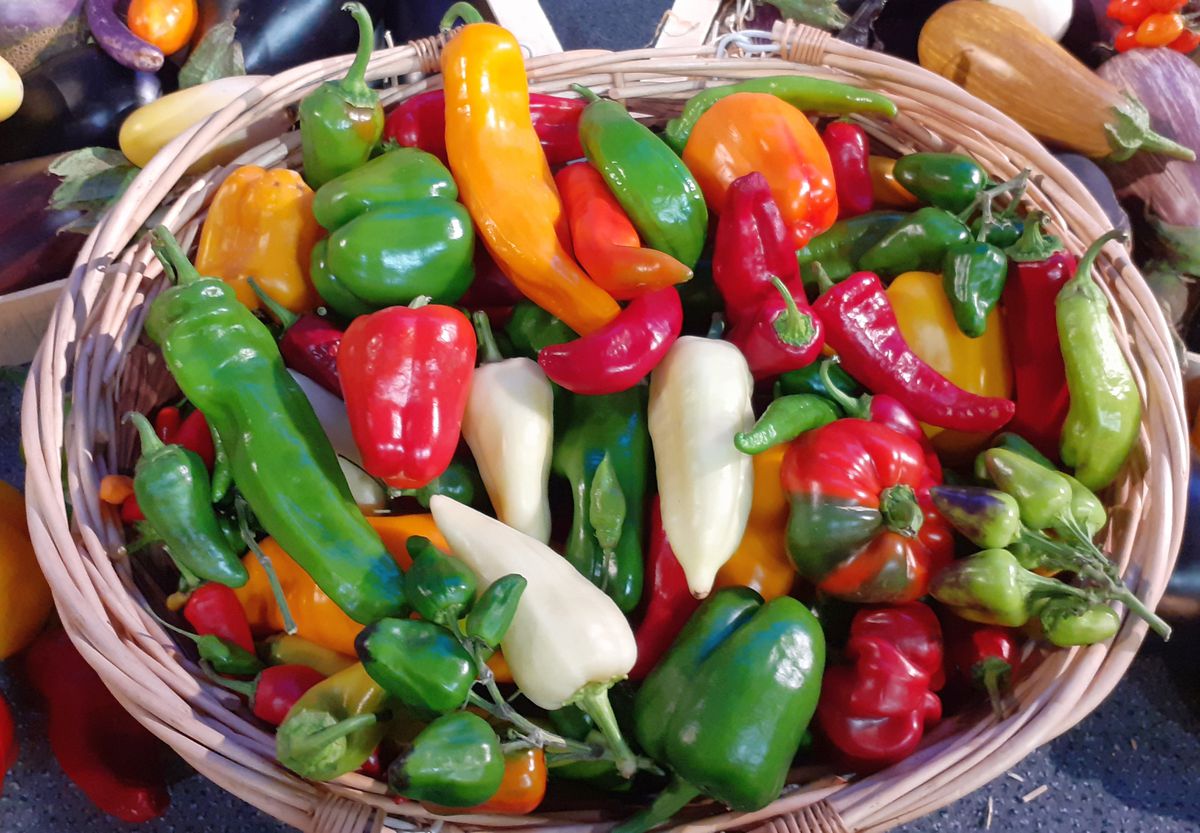 Genetics have traced the expansion and diversification of peppers around the world. In an analysis of 10,000 genetic samples from seed banks around the world, a group of researchers has traced back to the wild species of this vegetable (Capsicum annuum). The work shows after its domestication, the pepper has spread throughout the world through the main trade routes and, with the expansion, it has multiplied its varieties to become one of the vegetables with the greatest diversity.

Despite their great differences in shape, color, flavor or pungency, cayenne, jalapeños or bell pepper are all C. annuum. And there are still other species nearby, such as the Capsicum chinense and the Capsicum frutescens. Among them are the hottest varieties in the world, such as habaneros, jolokia, trinidad or the tabasco pepper, with such an amount of capsaicin that they must be handled with gloves and a protective mask. Now, scientists have built the genetic tree of peppers around the world, placing each fruit in its geographic and historical location.

The researcher of the CREA research center from Italy Pasquale Tripodi, co-author of the study, highlights the enormous diversity of peppers: “It is a vegetable that encompasses a wide variation in terms of shapes and colors of the fruit, including rounded types similar to tomatoes, rectangular, square, shaped like horn … When ripe, the colors reach black and there is a range of yellow, orange, red and purple types ”. And he adds one of the most characteristic elements: “In addition, its peculiarity is based on the presence of capsaicinoids, unique compounds for this species, which give it the spicy flavor that makes this crop suitable for various food uses (for example, condiments. dishes, spices) and non-food (such as cosmetics) ”.

The study is supported by data from 10,000 seeds, almost a thousand contributed from Spain, one of the main germplasm banks on the planet

The study, published in the scientific journal PNAS, has been based on the analysis of the genetic information of more than 10,000 different seeds from the main germplasm banks. After finding about 1,600 duplicates, the rest make the pepper one of the most diverse vegetables on the planet. And humans are to blame for so much variety.

This research confirms that peppers in the wild were typical of the Andean region, but their first domestication must have occurred in what is now Mexico, with other points of human selection throughout South America in a complex process reminiscent of corn. .it is. Everything indicates that it was the Spanish who brought the peppers to Europe. But it was probably not the first time they had left America. The genetic overlap between Asian varieties and the most ancient American ones would point to a pre-Columbian route of expansion through the Pacific.

But the story is even more complex and is detailed by Tripodi: “We reconstruct the history of the expansion routes of the pepper and identify new centers of diversity in Southeast Asia, Eastern Europe and Africa.” The African varieties seem like intermediate steps between the American and the Asian ones, which would point to the Portuguese of the colonial era as intermediaries in this traffic in which they controlled all points: the most prominent portion of America (present-day Brazil), all the trade route along the African coast and the spice kingdoms of Asia. They could well be the ones who introduced the love of spicy in this last region.

Europe is the region with the least diversity of spicy varieties

However, the distribution of hot peppers is not homogeneous. In fact in Europe most of the varieties are sweet, the proportion of hotness increasing the further east. This suggests the weight of culture, in this case culinary, in the process of domestication of different chili peppers.

Genetics also serve to secure your future. As the researcher at the Valencian Agrodiversity Conservation and Improvement Institute of the Polytechnic University of Valencia (UPV), María José Díez, recalls, “in the domestication process there is a reduction in genetic variability”. The decline tends to favor certain attributes of the plant or fruit, but it also makes them more vulnerable to ecological changes, pathogens or climatic changes. “Knowing all this genetic variability tells us where to look to improve,” adds Díez, co-author of the study. And there are many types of peppers. Only the UPV has contributed to the study about a thousand entries from its seed bank.

This research is part of an ambitious community project on the main nightshades (from potatoes to tomatoes to eggplants) cultivated by humans, the G2P-SOL. One of its objectives is to connect the genetic data with the phenotype, that is, with the characteristics of the fruit. It is one of the contributions of this work that Díez highlights: “It has been possible to associate molecular markers [diferencias en el genoma] with these phenotypic characters, such as the shape, the moment of ripening or the spiciness ”.