The Jordanian government: We bear the full responsibility for the accident at Al-Salt Hospital 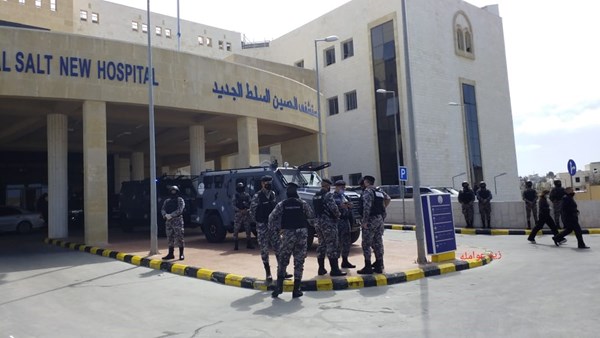 Jordanian Prime Minister Bishr Al-Khasawneh announced that his government holds full responsibility for what happened in Al-Salt Governmental Hospital, after the death of 7 patients due to lack of oxygen to them, according to the Jordanian newspaper Al-Ghad.
Al-Khasawneh said in a press briefing, this evening, Saturday, that he feels ashamed of the painful incident, stressing that the government will not hide or justify responsibility for what happened in Salt Hospital.
Al-Khasawneh added that the Council of Ministers decided to dismiss the Minister of Health, end the services of the Director of Al-Salt Hospital, and suspend the Director of Balqa Health from work until the completion of the investigations.
Al-Khasawneh indicated that the maximum emergency has been declared in all hospitals to ensure the safety of procedures to protect the health of citizens.

Read also .. In the video, the Jordanian monarch visits Al-Salt Hospital after the “oxygen shortage” deaths

Earlier today, the Jordanian Monarch, King Abdullah II, arrived at Al-Salt Governmental Hospital, after the death of six Corona patients due to the lack of oxygen.
King Abdullah II inspected the conditions inside the hospital.