The ISIS abuses program is causing an uproar in Iraq 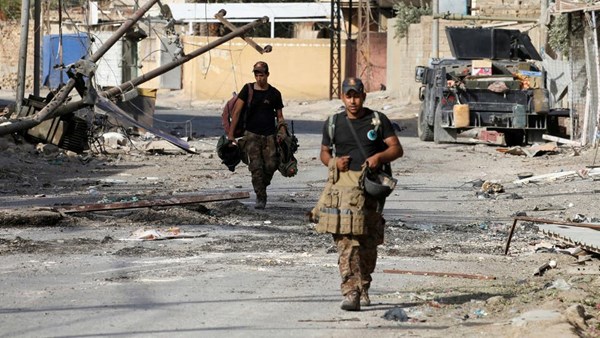 The terrorist organization “ISIS” has returned to the fore in Iraq through a hidden camera program that raises many criticisms, and its idea is summarized by the illusion of a famous artist or athlete that he was held hostage by the extremist organization, before he was rescued.

Although it aims to entertain during the month of Ramadan, the program brings to mind sensitive topics that left a great impression on Iraqis, such as bombings, kidnappings and killings.

Read also … in Fido … the treasure of the terrorist organization “ISIS” in Mosul!

In every episode, the same scenario is repeated. A celebrity is invited, under the pretext of charitable work, to visit a family that has returned to their home after the elimination of “ISIS”.

The episode begins when the famous guest arrives at the home of the victim’s family, then suddenly appears in the scene supposed terrorists threatening the guest and blindfolding him, and he believes that he is really about to die at the hands of elements of the extremist organization. The episode ends with a scene of an army force liberating the guest from the terrorist organization.

Landfill programs are flourishing on Arab screens during Ramadan, but it is the first time that a program of this kind dealing with “terrorism” has been produced in Iraq.

Putin_about the attempt on Lukashenka's life