The interest of Bayern Munich ends the differences Flick and Hamdic 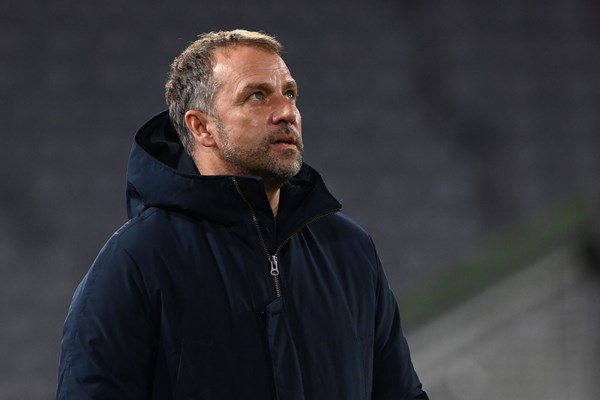 Bayern Munich coach Hansi Flick met with club sporting director Hassan Salih Hamidic in a session to clear the air between them, as they look forward to searching for more titles for the Bavarian team.
“We settled things together,” Flick said of the meeting that took place between them before the team’s confrontation with Lazio, Italy, on Wednesday, in the Champions League.
“It was the right behavior for both sides, and for the team and the club as well,” he added.
Flick did not reveal the reason behind the long dispute with Salih Hamidic, but it was rumored that the reason behind this was Flick’s dissatisfaction with the club’s performance in the transfer market, and the lack of funds for the team during the Corona virus crisis.
The differences led to speculation that Flick may break his contract extending until 2023, to succeed Joachim Loew as coach of the German national team, as the latter will leave his post after the end of the European Nations Cup next summer in June and July.
Flick had worked as an assistant to Joachim Loew in the German national team between 2006 and 2014, where he won the 2014 World Cup in Brazil, and Flick did not rule out that Loew would succeed in his post, but he indicated that his contract extended with Bayern Munich until 2023.
Flick has won six titles with Bayern since he took charge in November 2019 and is looking forward to more with the team that qualified for the Champions League quarter-finals for the 19th time in its history, and is seeking to win the German League title for the ninth consecutive season.
“At the moment we are looking forward and very optimistic,” Flick said. “We have had many successes so far and are playing well.”

Because of breaches of duty: Archbishop Heße of Hamburg offers Pope resignation

In his biography, Joe Biden’s son recounts his fight against alcohol and drugs

Health no longer trusts AstraZeneca after a million vaccinations: “We have to wait”