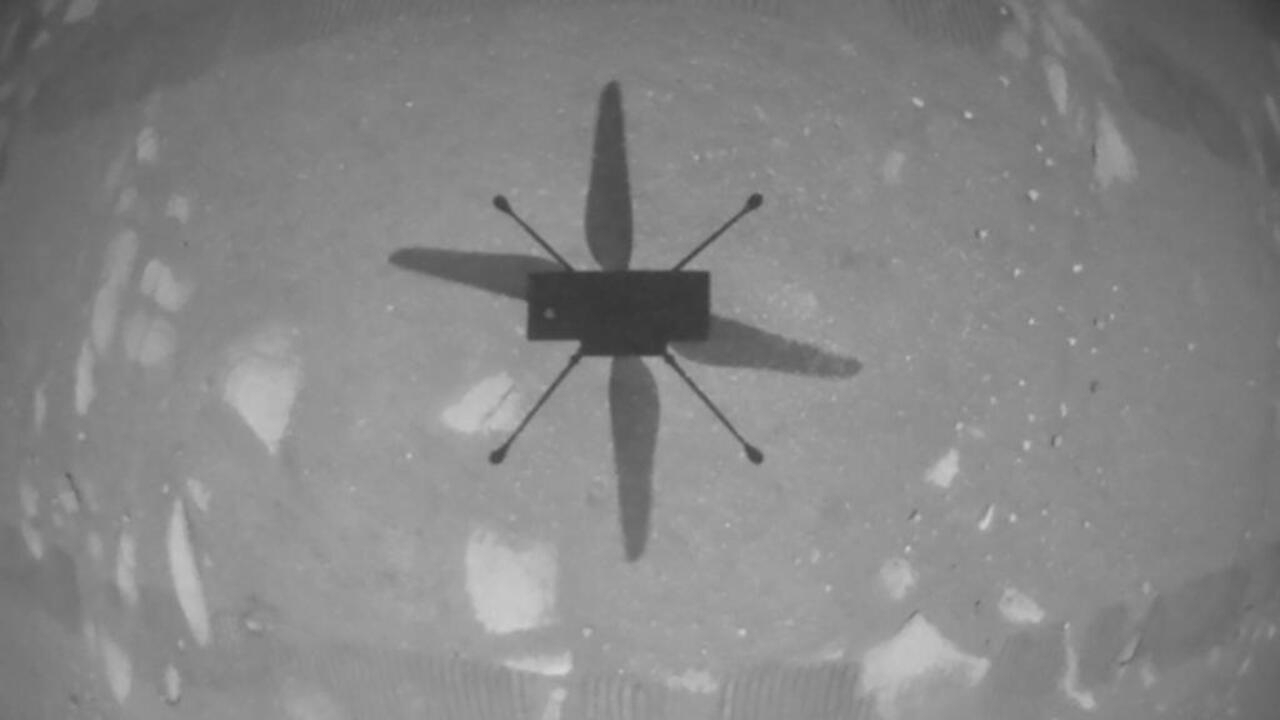 NASA’s tiny artifact made history on Monday by successfully making the first powered, controlled flight from the surface of another planet: Mars. The aircraft, weighing less than two kilograms, managed to take off, float, turn and land in the Jazero crater, the central point of the mission that took the Perseverance rover to the red planet.

NASA successfully flew the Ingenuity helicopter in the sky of Mars, according to data sent by the device from the red planet this Monday, April 19.

“The altimeter data confirms that Ingenuity has made the first flight of a powered device on another planet,” announced an engineer from the Jet Propulsion Laboratory as the aerospace agency’s control room cheered.

In a short video recorded from the Perseverance rover, the 1.8 kilogram helicopter could be seen flying three meters above the Martian surface, then returning to the mainland.

The Ingenuity’s camera sent out a still black-and-white image pointing downward, showing its own shadow cast on the surface of Mars.

“Now we can say that humans have flown a helicopter on another planet!” Chief Engineer MiMi Aung told her team.

“We’ve talked for so long about our Wright brothers moment on Mars, and here it is,” he added.

The first powered flight on Earth was made by the Wright brothers, Orville and Wilbur, in 1903 at Kitty Hawk, North Carolina. A piece of cloth from that plane is integrated into the Ingenuity in honor of that feat.

Tesla fights for itself after the latest accident