The inequality of the covid and the one to come 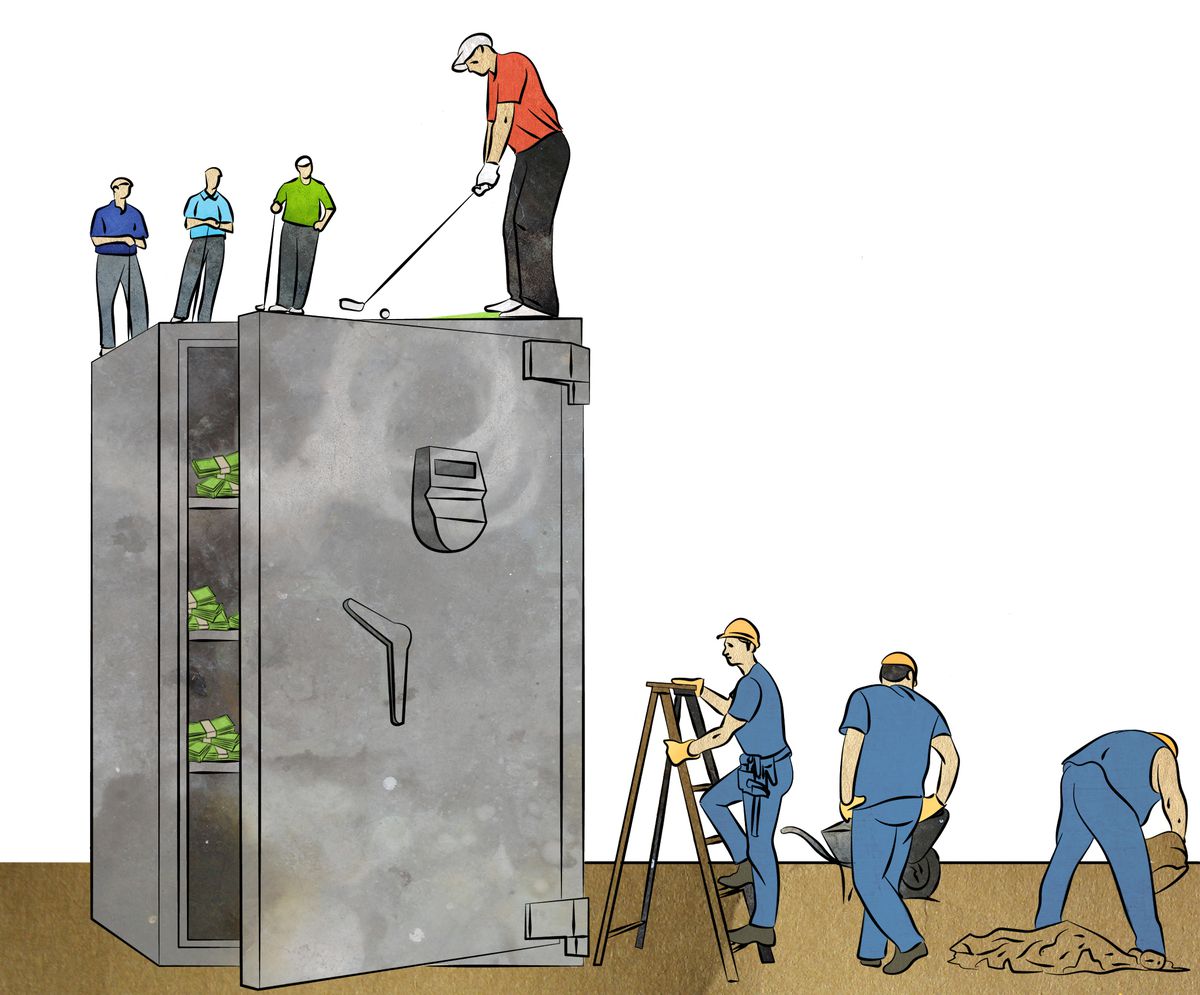 How much did the income inequality of Spanish households increase during the pandemic? Although it may seem surprising, we do not yet have official data to answer this question. The main measure of inequality, the Gini index, is calculated using data from the survey of living conditions carried out by the INE annually. Last July the last wave of this survey was published, carried out during the year 2020. However, this survey only collects income measures referring to the previous year, that is, to 2019, so it does not allow us to study the period of the pandemic. Although there is evidence that poverty and inequality increased significantly during the pandemic, we will have to wait a year to have an official quantification in this regard.

In order to make up for the lack of official data, in a recent study that I have developed together with Carlos Sanz (Bank of Spain), we collected data from a representative sample of the Spanish population through surveys on-line. In these surveys, conducted of 2,700 people between May and November 2020, we asked respondents about their monthly income, both personal and family, at the time of the survey, as well as their pre-pandemic income. The results indicate that Spanish households suffered significant losses in purchasing power and that these losses were distributed very unevenly. While, in May 2020, the richest 20% of households had experienced a 6.5% drop in income compared to the start of the pandemic, the poorest 20% had lost 27% of their income. Although by November 2020 all groups had slightly recovered some of the lost income, the uneven nature of the economic impact persisted. Using the family income data we can calculate the evolution of the Gini index during the pandemic. The results indicate that in May 2020 this inequality index had increased three points compared to the pre-pandemic value. To put this increase in perspective, it is useful to know that it is similar to that experienced by the US economy in the last three decades, which is a well-known case of a considerable increase in inequality.

Our study also provides additional results: the self-employed suffered the greatest losses, followed by salaried employees. Women suffered greater economic losses than men, and temporary workers, greater losses than permanent workers. Within all these population groups, the poorest individuals lost a greater percentage of their income than the better off. We also found that 44% of those surveyed indicated having lost emotional and psychological well-being during the pandemic. Although this loss is similar among individuals of different income levels, the reasons for the loss of well-being are different: people in households with greater purchasing power indicate the loss of contact with loved ones as a factor of concern more frequently than those in poorer households , while the latter are more likely to indicate the loss of employment and income.

Although we will have to wait for official statistics to assess the global impact on income inequality, these data suggest that inequality increased very substantially in our country.

An important question is how economic inequality will evolve in the coming years. In the short term, the economic reactivation and recovery funds of the European Union, channeled through public policies, are likely to mitigate part of the unequal effect of the pandemic on the income of Spanish households.

However, a greater challenge is perhaps yet to come. Recent technological and business structure changes suggest that, in the coming years, advanced societies will face growing economic inequality. The automation of economic production and the application of artificial intelligence technologies could substantially reduce the number of jobs in the economy. On the other hand, business concentration in certain sectors can help productivity increases translate into higher business profits but not translate into higher wages for workers.

Are our institutions prepared to face the challenges of growing economic inequality? From my point of view, facing these challenges will require a paradigm shift from different areas. The usual mechanisms of income redistribution through taxes, transfers and public spending may be insufficient to cope with the new economic reality. Governments such as the United States and Japan are initiating a path of increasing intervention in the economy by supporting the development of certain sectors and occupations. Economic sectors related to the energy transition, education or the care of children and the elderly may be candidates to absorb part of the surplus of work that new technologies can generate. However, in a highly unequal economy and without strong public intervention, the demand for these services may be within the reach of only a few.

On the one hand, greater intervention in the economy will make it increasingly necessary both a rigorous evaluation of public policies and access to administrative data that allow obtaining measurements relevant to political action. The most successful economies will be those with the greatest success in intervention decisions. Our country should strengthen independent evaluation bodies that ensure that future policies and interventions are designed taking into account scientific evidence.

On the other hand, economists and other social scientists should develop tools to measure the well-being of citizens, beyond purely income-related measures. Designing policies that promote the emotional well-being of citizens and that have the highest social multipliers will be increasingly necessary.

Finally, it is essential that the independent evaluation bodies of public policies earn the trust of citizens and that citizens be the first to demand that intervention decisions in the economy be taken in accordance with scientific evidence.

Monica Martinez Bravo She is a professor of Economics at Cemfi and the recent winner of the Banco Sabadell award for the best economist under 40 years of age in Spain. On Twitter: @Mmbravo_es

Despite the Delta variant: 40,000 fans can see the European Championship finals at Wembley Stadium