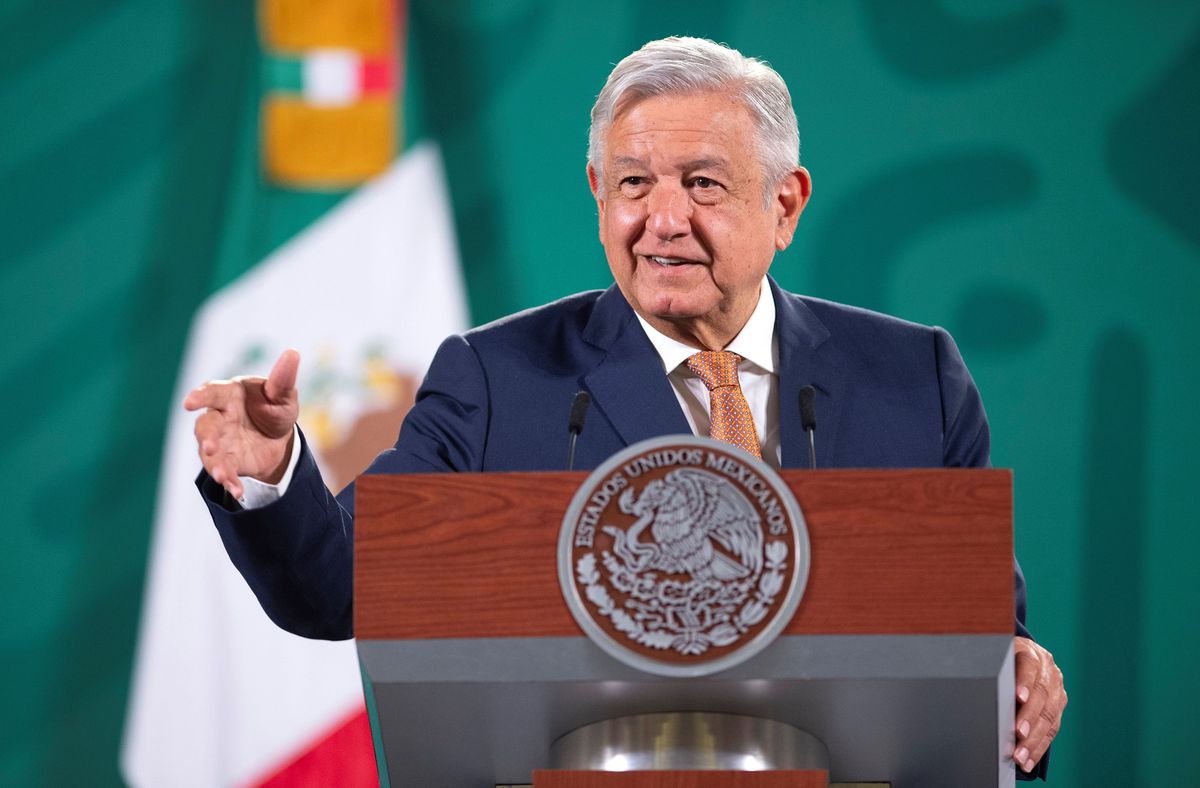 The National Electoral Institute (INE) has ordered Andrés Manuel López Obrador to delete the morning press conference last Friday for failing to comply with the electoral ban that began on April 5 due to the campaign of the federal and local elections of June. The body urges the president of Mexico to delete or modify within six hours the publications, disseminated through the profiles of their social networks, which contain that morning. The INE Complaints and Complaints Commission has determined that the president issued government propaganda and also demands that he “refrain from disseminating government achievements” in his appearances.

The resolution of the electoral authority has triggered tension with Morena, López Obrador’s party, which in recent weeks has challenged all its main rulings, from the cancellation of the candidacy of Félix Salgado Macedonio to the agreement to limit over-representation in Congress . Mario Delgado, leader of the training, has responded angrily by accusing the institute of trying to “censor the president.” The INE has made this decision after receiving a complaint related to statements about social programs.

In them, the president presumes that “Chiapas, Oaxaca and Guerrero, the three states with the most poverty, with the largest indigenous population, are the ones that are receiving the most support.” “Scholarships are being given, rural producers are being supported, pensions are being given to older adults, to girls and boys with disabilities. Just in Guerrero, free fertilizers are given to all Guerrero producers, to all of them, ”he continues. López Obrador also affirms that “it is likely that almost all the households in Chiapas are receiving at least one support” and continues with reference to other achievements: “Here is not the fertilizer issue, for example; here is not the vaccine, to give another example, which is being applied and is universal and is free ”.

Just before these words, the president recalled that he could not tell everything “because of the electoral ban” and that he was only going to confine himself to answering a question the day before about what the Government is doing to prevent children from arming themselves as it happens. in Guerrero, where the indigenous community of José Joaquín de Herrera launched a cry for help to the authorities to intervene against drug cartels.

The morning press conferences are a daily platform that serve the Executive to, essentially, mark the day’s agenda, fight political battles and report on the progress of the different programs. Just two weeks ago, coinciding with the beginning of the electoral campaign, López Obrador recalled that he was not going to give up referring to his adversaries or talking about health, education and security before the June elections. And already then he made it clear that the veins of corruption and conservatism, notions that he habitually uses for his disputes, were going to structure his speech in the coming months.

That is why the INE has also chosen to issue a new warning. “In preventive protection, the president was ordered to refrain from disseminating government achievements, including social programs and beneficiaries, public works, and even issuing any type of information, during electoral campaigns and until election day. that can influence the electoral preferences of citizens. This obligation of neutrality must be observed even when answering questions at their press conferences! ”, Says the electoral authority.

The clash of this body with the president and his formation is not a novelty. Both the cancellation due to administrative irregularities of the candidacies of Salgado and Morón, in Guerrero and Michoacán, respectively, as well as the ruling on the mechanisms to avoid distorting the benches in Congress have given rise to continuous interference and interference in the work of the institute. Salgado, who has also been denounced twice for rape and accused of other crimes of sexual harassment, went further and threatened the INE with its dismantling. The three files are today on the table of the seven magistrates of the Superior Chamber of the Electoral Court, which is scheduled to rule this week on the appeals presented by Morena.

In this context, Delgado, the national party leader, has once again charged against the INE. “It is not enough to remove candidates arbitrarily and disproportionately, now he is trying to censor the president,” the leader wrote on Twitter. “Lorenzo Córdova and Ciro Murayama,” he continued, referring to the president and an advisor of the organization, “want to silence the president, while they use the means, resources and institutional networks of the INE to disseminate their political actions.” Morena’s defense argument is strictly political. His address is limited to accuse the institution of links with the past administrations. Córdova has been remembering the opposite for weeks, that is, that all decisions respond to legal criteria. Meanwhile, the pulse continues in the middle of the electoral campaign.

Russia predicted a rapid growth of the key rate