The increases in YPF gasoline: what was missing from the great price mess 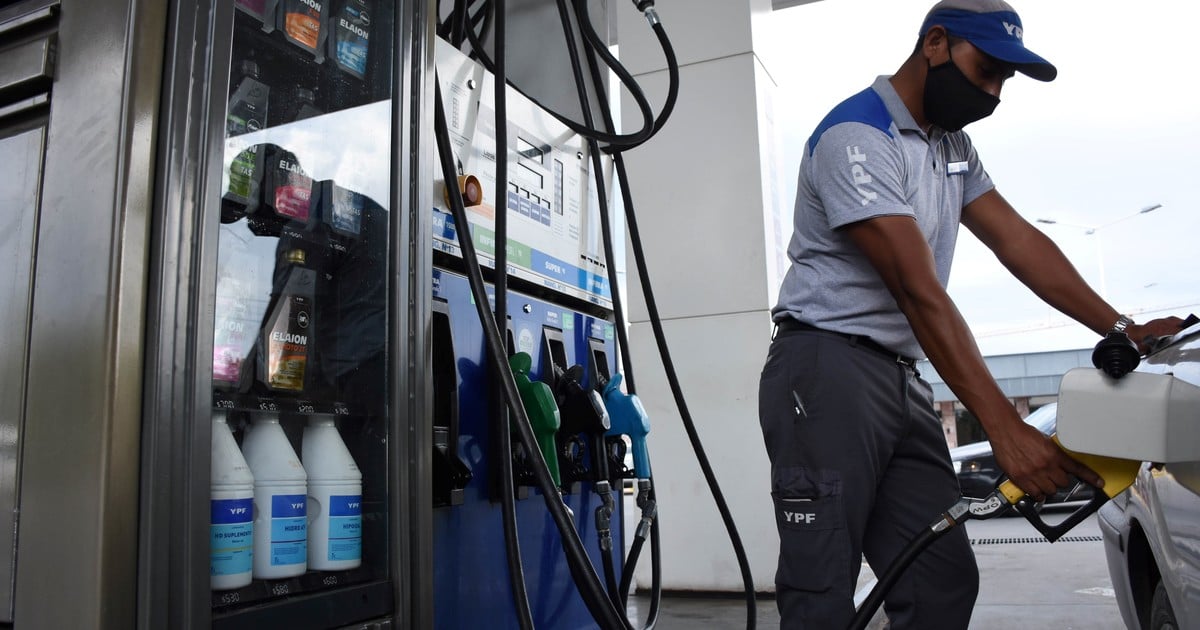 It is known that in the distribution of burdens, inflation hits especially the sectors with low or very low resources, more exposed than the rest to economic shocks and with little possibility of defending their income. And that problem called the price index that has practically disappeared in the world, here continues to be a problem at the level of the 40.7% per year that February marked against, for that matter, the 4.5% that worries Brazil, the 2 , 9 from Chile or 2.5% from Paraguay. This is it, we are close 10 to 20 times above the records shown by the neighborhood.

Similar things, although little spread, differences that are difficult to explain or that are explained in the distortions and the mess that governs the Argentine price system, resonate within the INDEC statistics. They have the disadvantage of the number of numbers and risk of exhausting patienceBut there is no better way to measure inflation (s) and to evaluate their effects than through numbers.

A case of this type or several cases in one appears in the Northeast, the region that includes Formosa, Corrientes, Chaco and Misiones, and where there is a poverty of 42.8%, which is the highest in the country, and an index This is also the highest in the country: 46.1%, which exceeds the national average of 40.7% and 38.3% of the AMBA, which make up the Autonomous City and the 24 districts of Greater Buenos Aires. Notoriously, poverty and inflation at the top, a horrible mix in the same space.

If you like, some of the data that follow are even worse, such as the one that reveals that in the last twelve months the cost of food rose an impressive 52.5% there, almost 13 percentage points more than in the AMBA. Or the difference of 11 points in the increases in electricity and gas or the 19 that affected public passenger transport.

Two possible explanations, although neither of them liquefy the differences or change the panorama much, speak of the weight of freight, in one case, and the freezing of rates and subsidies, in the other. But it happens that in the same Northeast education and health are more expensive than in any region of the country and, above all, in 2019 it topped the ranking national inflation rate with 53.6% and, with no less than 58.9%, also the one that measures the increase in food prices.

It is clear that here there are no enviable situations but others that they range from bad to very bad, as is the case with the 37.1% that inflation recorded in Patagonia and that, even with that record, was the lowest rate in the country. Then we have everything above 40%, in the rest of the regions: from La Pampeana and Cuyo to the Northwest.

From that dislocated world are also the differences that go from 23 to 45 and up to 94 pesos in the price of products as essential as minced meat, bread and oil. If you prefer, 21 pesos for the eggs and 66 for the detergent.

In any case, it is already obvious that the key data, national and common to the regions in which the country was divided, is the escalation out of control and continuous that carries the price of food, with annual peaks that climb to 108% in fruits, 68% in meat and 67% in vegetables. In other words, increments that do not distinguish between colors or preferences.

Underpinned by food precisely, in the last twelve months the price of goods took a 22 percentage point advantage over the cost of services, or 38 if the cost of services is added. gap 2019. No numbers only, but a gap that some analysts assimilate to a time bomb with the wick off.

It happens that at this point one of the explanations given to the Argentine phenomenon anchors. That is, the call inflationary inertia or the recurring existence of lagging prices that, sooner or later, will approach or tie the advanced ones. To make it better understood, on the services side, the national statistics of the Indec speak of an insignificant 1.3% per year in electricity and gas and a very slim 16% in transport.

And although the cost of food will rule in union proposals and rule in government emergencies, the delay in rates and the enormous burden of subsidies, today at the heights of about US $ 8,000 million, represent a yellow light that turned orange. And a hole that must be well covered until further notice.

Another powerful variable that generates a similar climate appears in the always sung remedy to step on the dollarRelatively simple if it is the official dollar and a bit risky if we talk about parallel dollars. Says a financial consultant: “Today everything looks calm, under control, but tied with string. Really available reserves are not enough to face strong exchange rate pressureWe are counting the currencies to pay a maturity to the IMF and the Government is an unpredictable surprise box even for the ministers themselves. Sometimes there are parallels that can be touched. “

There, in the midst of patches, runaway prices and inflation that runs at a long 3% per month, right there, YPF just got off the hook with a serve of 18% that drags the rest of the companies. Unjustifiable if it were not for the financial situation of the oil company and certainly unjustifiable when fuel sales are plummeting: they have fallen between 7% and 8% in January alone, and above 18% during the last twelve months.

In the series of three jumps that completes 18% there is a detail that is much more than a detail: it starts now and ends in May, that is, when the Government will begin to move all its pieces with the prow set in the elections. It will increase controls and pressure to fit inflation within the 1% monthly zone, it will reinforce the stocks and the exchange rate diet, and it will introduce certain improvements in revenues by decree, in order to give oxygen with electoral air to some sectors.

For the economy, analysts project a 6-7% rebound, but as there will be a statistical drag of 4% that comes from the end of 2020, the real-real improvement, they say, will be around a meager 2%.

Up to this point, as you can see, a machine that jostles, without knowing who is operating it and, visibly, no plan and with no other roadmap than the one that aims to come out well in the elections. Later it will be seen.

Of course, in that afterwards there is the Monetary Fund and an economic program that the IMF deems sustainable, for just then to get rid of Argentina the US $ 45,000 million that we should pay it between 2022 and 2023. It will not be free, of course.

Coronavirus The professor of neurology considers the potential risk of cerebral venous thrombosis in Astra Zeneca low and believes that vaccinations will continue soon: “The risk of thrombosis associated with coronary heart disease is at least a thousand times higher at the population level”