The incidence of covid soars almost 100 points since Friday and exceeds 600 cases per 100,000 inhabitants 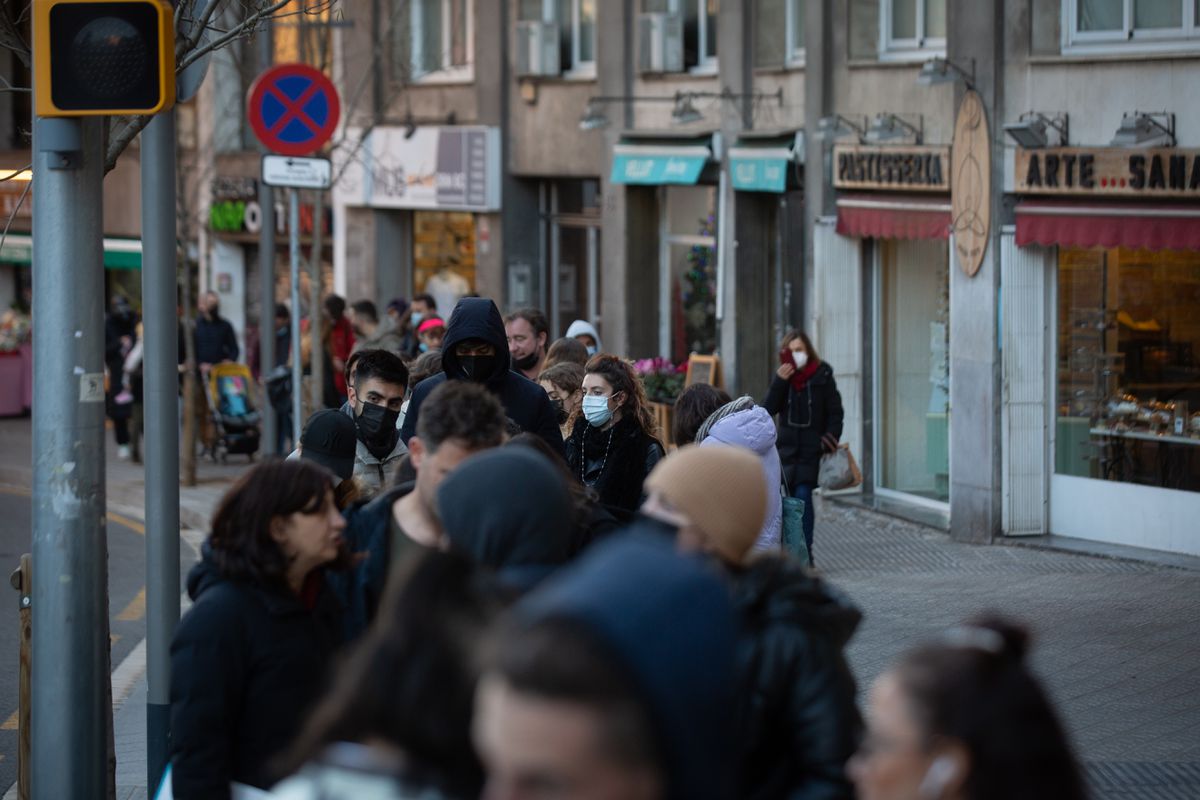 The sixth wave takes a run at the gates of Christmas. In just one weekend, the incidence of covid cases has jumped almost 100 points and reached 609 infections per 100,000 inhabitants this Monday. That is, 60% more than the previous week and an incidence that had not been registered since the beginning of August. Four days before Christmas Eve, the epidemiological indicators consolidate Spain in a situation of very high risk of covid transmission, according to the semaphore warning indicators of the Ministry of Health. And neither does the hospital situation accompany: the healthcare pressure is increasing and there are already 7,501 people with covid admitted, 1,442 in intensive care (ICU). Given the explosion of infections, the Government has convened the Conference of Autonomous Presidents this Wednesday to “evaluate” new actions, although Catalonia has already advanced and announced on Monday that it wants to impose a curfew, limitation of meetings and the closure of leisure night since Friday.

See also  Barça and Azpilicueta reach an agreement for next season

A kind of perfect storm encourages infections, experts explain. On the one hand, the few social restrictions on the street – just the mandatory mask indoors and, in some communities, the Covid passport to access certain spaces – added to the increase in social interaction and mobility of the last holidays and the The rise of the omicron variant, more contagious, is the perfect breeding ground for the spread of the virus. According to the latest report from the Ministry of Health, the omicron, which experts consider more transmissible, has already gained ground to the delta and, “with preliminary and not very representative data at the national level,” the report warns, in the week of 6 to December 12, this new virus lineage already accounted for 47% of the sequenced samples (125 random samples from six communities).

Alberto Infante, emeritus professor of International Health at the National School of Health of the Carlos III Health Institute, warns that complicated weeks are approaching: “Three weeks ago we already said that Christmas would be bitter and January would be very bad. It’s sad to be right ”, he laments. Primary care already suffers from a strong healthcare overload and hospitals, although they are not at the occupancy level of other times in 2021, continue with the pressure of activity on the rise: revenues have grown by 18% in the last week and this Monday as well there were 1,442 people in critical condition due to covid, almost 24% more than a week ago. On average, in Spain, more than 15% of ICU places are occupied by patients with covid, but this occupancy figure soars in the case of Catalonia, which is close to 30%. The director of the Catalan Health Service, Gemma Craywinckel, warned on Monday that Catalan hospitals are already postponing or suspending non-urgent surgical activity due to the rise in infections and healthcare pressure due to covid.

The positivity of diagnostic tests also continues to rise, already standing above 13%, a threshold much higher than the 5% recommended by health authorities to keep transmission at bay. In the last week, the speed of transmission of the virus (the Rt, which measures how many people a positive infects on average) It was also at 1.12, on average in Spain, also above what experts recommend to control the virus (less than 1).

In a context of increasing infections and increasing pressure for assistance, the Government has announced that it will meet with the regional presidents to evaluate possible measures for the coming weeks. For now, no community had dared to move beyond implementing the covid passport, but on Monday, Catalonia, the community most affected by the virus and with the worst indicators of healthcare pressure, announced that it wants to apply the curfew from one in the morning to six, limit social gatherings to a maximum of 10 people and close nightlife from Friday, Christmas Eve. The measures, yes, will have to have the endorsement of justice. The Government has also announced that in the face of “overflowing” contagions, it wants to reduce catering capacity to 50%, and to 70% in sports and cultural areas.