The incidence of covid in Spain shoots up to 436 cases per 100,000 inhabitants 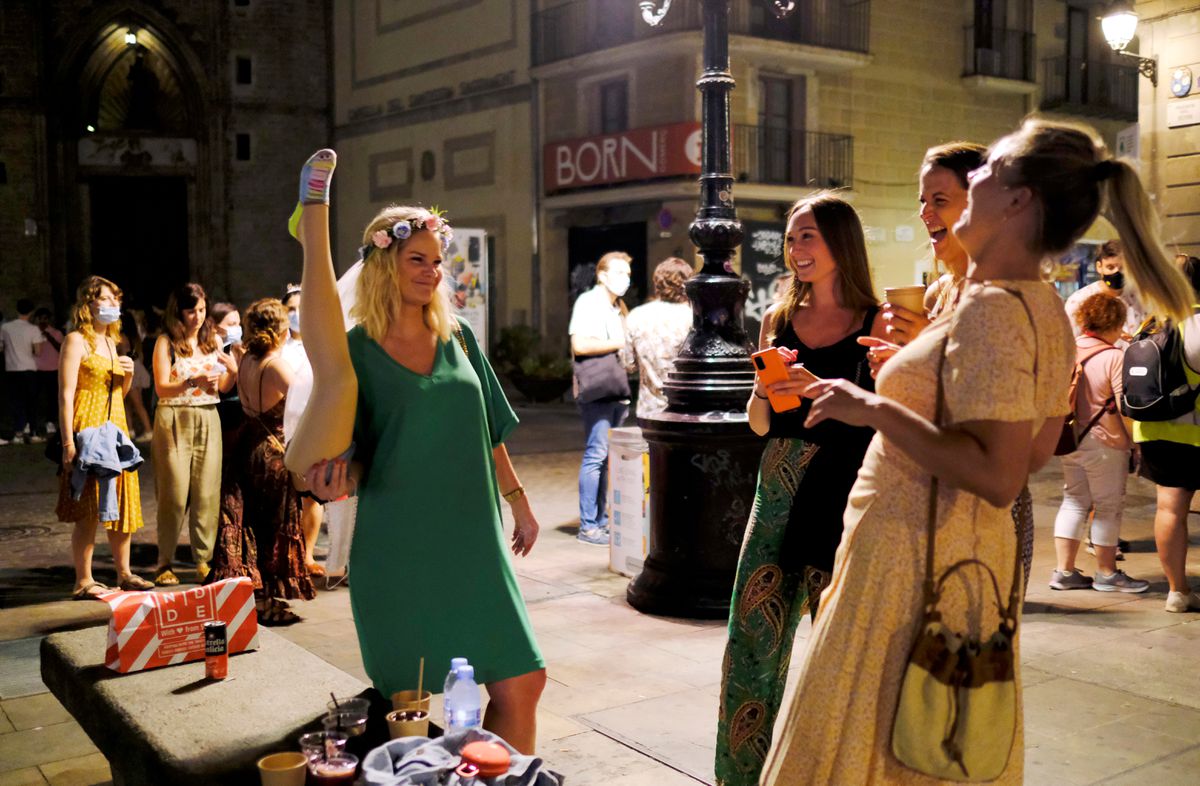 Covid transmission continues to skyrocket in Spain and the cumulative incidence at 14 days is already above 436 cases per 100,000 inhabitants. The circulation of the virus is increasingly high throughout the country and the infection rate is at the levels of last February, when the third wave, which reached an incidence of 900, was heading down. The situation is even more compromised among the young population, where incidences exceed 1,000 cases per 100,000 among adolescents and twentysomethings. Experts agree that the lack of extensive vaccine coverage and the social dynamics of this group, with more interaction and encounters, has favored an explosion of infections that has caused transmission to rebound in Spain. Catalonia is the worst-off community in this fifth stake of the virus and its incidence is already double the Spanish average.

“The virus is still there on the lookout for those who are not vaccinated,” the Minister of Health, Carolina Darias, warned this Tuesday during an appearance in Congress. In the last 24 hours, the ministry has reported about 44,000 cases and 13 new deaths and the accumulated incidence has shot up 68 points, although in this rebound it must be taken into account that Catalonia and the Balearic Islands did not update their data on Monday. And this Tuesday they have reported the accumulated information of the last two days. Darias has insisted that the vaccination campaign – more than 46% of Spaniards have the complete vaccination schedule – is making a difference with respect to other waves and, with the vast majority of the vulnerable population already protected, the rise in infections does not it has resulted in a barrage of income and deaths.

The minister has admitted, however, that “it is necessary to increase the diagnostic capacity to more quickly identify suspected positive cases and even asymptomatic cases, as is happening in the population between 12 and 29 years old, and to control as the most effective possible progression of the pandemic ”. To do this, Darias has announced that Health will submit to the Council of Ministers a decree law that will regulate the sale to the public and the advertising of covid-19 self-diagnosis products and will allow them to be purchased in pharmacies without a prescription. Until now, a prescription was required to access these tests. “The requirement of prescription was a barrier,” admitted the minister. On July 8, the Council of State endorsed this decree law.

In video, the Minister of Health, Carolina Darias, announced during the Health and Consumer Commission on Tuesday that the Council of Ministers will approve the sale of antigen tests in pharmacies.(EUROPA PRESS)

Among young people, the transmission of covid continues to increase. In Catalonia and Castilla y León, for example, the cumulative incidence among adolescents exceeds 2,400 cases per 100,000 inhabitants and among twenty-somethings, 3,000. This unstoppable rise has precipitated the return of severe social restrictions, such as the curfew or the limitation of meetings. The Justice has endorsed these measures in the Valencian Community and in the Canary Islands the decision of its superior court is awaited to also apply a restriction of night mobility. Catalonia, for now, has closed nightlife and awaits the approval of the judges to limit personal encounters to a maximum of 10 people, although the president of the Generalitat, Pere Aragonès, has already advanced this Tuesday that the legal cabinet The Government has endorsed the application of a surgical curfew in the areas most affected by the covid. The measure is on the table, he said, but they have not yet made a decision.

As the vast majority of cases affect young people, who experience the disease asymptomatically or mildly, the care pressure is now on primary care, in charge of diagnosing and monitoring these mild cases and their close contacts. Catalonia, in fact, has stopped performing covid diagnostic tests on asymptomatic close contacts due to the overload suffered by health centers.

However, the rebound in infections has already crystallized in hospital occupation and, although the levels of healthcare pressure are far from those reached in other waves of the pandemic, there are already 4,183 people hospitalized with covid: this supposes an occupation on the 3.5% total beds, but it means 47% more than last Tuesday.

Specifically, in the intensive care units (ICU) there are 749 patients with covid in critical condition. That is, 21% more than a week ago, although the average occupancy among the total ICU places is 6.7%. In Catalonia, however, patients with covid already account for 21% of ICU beds and, in fact, some hospitals have begun to suspend family visits and cancel scheduled surgical activity due to the increase in admissions due to discharge virus circulation.