“The important thing in an agreement with the IMF is to do it well, rather than quickly” 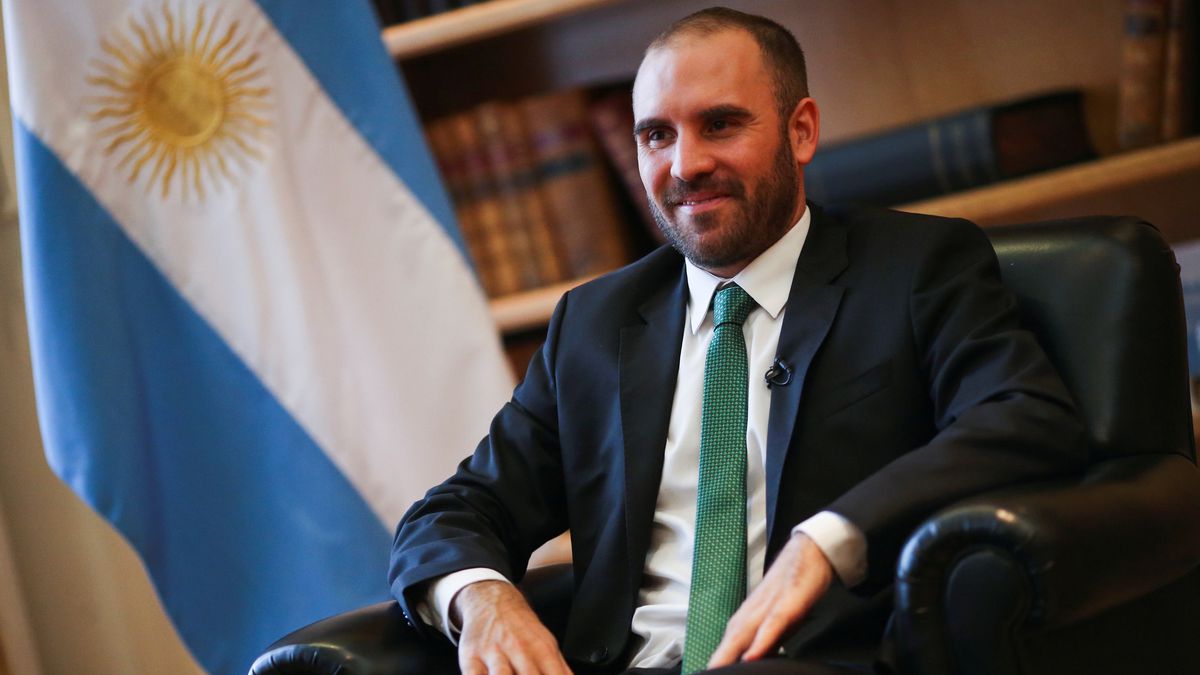 Martín Guzmán (La Plata, 38 years old), Argentina’s Minister of Economy since December 2019, is on a tour of Europe. This Thursday, he landed in France to renegotiate debt maturities for 2,200 million dollars with the Paris Club. Before that, he had meetings with his peers from Germany, Italy and Spain, to whom he asked for support in the conversations that Argentina has with the International Monetary Fund (IMF) to postpone the payments of the credit for 44,000 million dollars that his country received in 2018 Guzmán attends EL PAÍS by videoconference at a high point on the French agenda, after not being able to do it in person during his visit to Madrid. He denies that in his government there are sectors that promote postponing an eventual agreement with the Fund until after the October legislative elections and says that inflation (which has risen 17.5% since January) will fall little by little.

Question. Most pressing is the debt with the Paris Club that expires in May. This Friday he met with the president of that organization, Emmanuel Moulin. What have you proposed?

Answer. We are proposing to redefine the conditions and to reschedule the commitments to be able to face them in a sustainable way. There were three major issues to resolve regarding the debt crisis: restructuring with private creditors, a new program with the Monetary Fund to refinance maturities and achieve a rescheduling with the Paris Club. The first part, that of the private ones, was already resolved in 2020 with a reduction of interest in dollars from 7% to 3% and a capital reduction that implies a relief of 37,000 million dollars in a decade and that Argentina does not have maturities with private creditors until July 2024. The processes of the Paris Club and the IMF go together, but in the first case we are trying to find more time.

P. How popular is it with its European counterparts?

R. There has been a constructive reception in Germany, Italy, Spain and France to ensure that Argentina will have conditions that allow us to order our macroeconomy without a disruptive shock.

P. They have to have an agreement very soon. How long have they been given?

R. We need to have a certain agreement, although it does not necessarily imply having something permanent, before May 31st. We have a month and a half.

P. How is the Argentine proposal being received in relation to the IMF?

R. We need the support of the Fund’s shareholders, and for that we must build consensus and understandings on Argentina’s proposal. In all these visits we have had the opportunity to have detailed presentations on the macroeconomic situation, and on how we are going to get to the point where we want to go. The important thing is that you understand what you are looking for from the point of view of economic policy and productive proposals. The dialogue has been really very constructive.

P. You understand, then, that the world has patience with Argentina with everything that has happened.

R. Clearly, what happened to the 2018 program was not a restoration of confidence: it was based on macroeconomic policy precepts that ended up undermining the foundations of growth. The vision of our Government is to resolve this program in a structural way and seeking consensus. That is why we have committed to submitting the program that we agree to with the Monetary Fund to Congress for approval. We very much appreciate the value of multilateralism. That is the line in which we have been working and that we believe is appreciated by our peers.

P. How long do you think the patience of the United States and Europe with Argentina will endure?

R. The priority is to build broad consensus at all levels – internal and international, including the staff of the Fund – to have a program that replaces the previous one and that allows a refinancing of the debt. More than a matter of patience, there is an agenda to solve problems consistently and constructively.

R. There is a unified position of the Government. What is sought is a sustainable agreement. If it is achieved quickly, the better. But the important thing is to do it well, rather than fast. There is a range of time that is acceptable, but we are working continuously to achieve all those consensuses that are necessary to move forward. At the same time, it is important to work on building consensus with the opposition, because the effects of a program of this type transcend a period of government, and what we seek is that macroeconomic stabilization is not only government policy but also state policy. The pillars cannot be changing every decade.

P. The situation of the Argentine economy continues to be very delicate: bonds are trading at levels close to the default and country risk continues to rise. How to instill confidence in the markets and in the rest of the IMF countries?

R. The real economy has been experiencing a recovery path, with nine consecutive months of positive growth. At the same time, the fiscal situation has been strengthening with an increase in collection in real terms, the Central Bank has accumulated reserves since December, the exchange gap between the official rate and the parallel fell from 130% to 60% in less than five months, and there has been job creation in the last quarter. This coexists with a set of strong problems, with a poverty rate that has grown by seven points with the pandemic, to 42%, with unemployment still in double digits. Regarding country risk, we have a clear financial horizon ahead of us, with no capital maturities with private companies until 2024.

P. How does a non-Argentine explain to him that Argentina cannot lower inflation?

R. There are two large blocks that have been feeding each other: there have been periods in which economic growth has been accompanied by an increase in imports and not by an increase in exports. This has generated weakness in the exchange rate, and increases in inflation. There have also been persistent fiscal deficits over time financed with foreign debt and monetary issuance. And finally, there is a coordination issue: in an inflationary economy anchoring expectations is a more complex process. That is why we are attacking inflation in a comprehensive way.

P. With the issuance of currency due to the pandemic, what will they do? Is there a plan to sterilize her?

R. In 2020, just when the pandemic began to hit Argentina, the country did not have access to credit. And, despite the strong increase in monetary issuance, inflation fell compared to 2019. We have bet heavily on rebuilding the domestic capital market, and this has taken pressure off the exchange rate and prices in general. It is necessary to continue reducing the monetary issue, as the macroeconomic program says, but respecting the premise that the State must play a countercyclical role so that the economic recovery can be sustained over time.

P. When will inflation be under control?

R. What we have proposed is a gradual reduction path consistent with the speed at which the other macroeconomic imbalances are resolved. To solve inflation we must be able to increase exports, which generates exchange rate stability, and we must gradually reduce the fiscal deficit. It’s going to take time to bring inflation down to the single digits.

P. The prices of raw materials have increased in recent times. Is it good news?

R. For Argentina this has two opposing effects. One is positive, because it allows the country to have more foreign exchange and strengthen its external position. But on the other hand, it puts pressure on domestic prices. What we are looking for is that this shock is not regressive: that it does not benefit a few and harm many. It is essential that the recovery is fair: if not, it will not be a recovery.

P. When will Argentina recover the pre-crisis level of GDP?

R. We are still in a pandemic, but the growth forecast for 2021 is 7%, higher than in the rest of the region. Argentina is one of the economies that is recovering the fastest, and this has to do with the fact that during the pandemic policies were adopted to avoid the destruction of jobs in the formal economy and of capital in organizations. Thanks to that, today the productive capacity is available.

From pain to relief, Angileri returns to dress as an unthinkable scorer

My Hero Academia: The theory of a mysterious traitor emerges in the series | EarthGamer