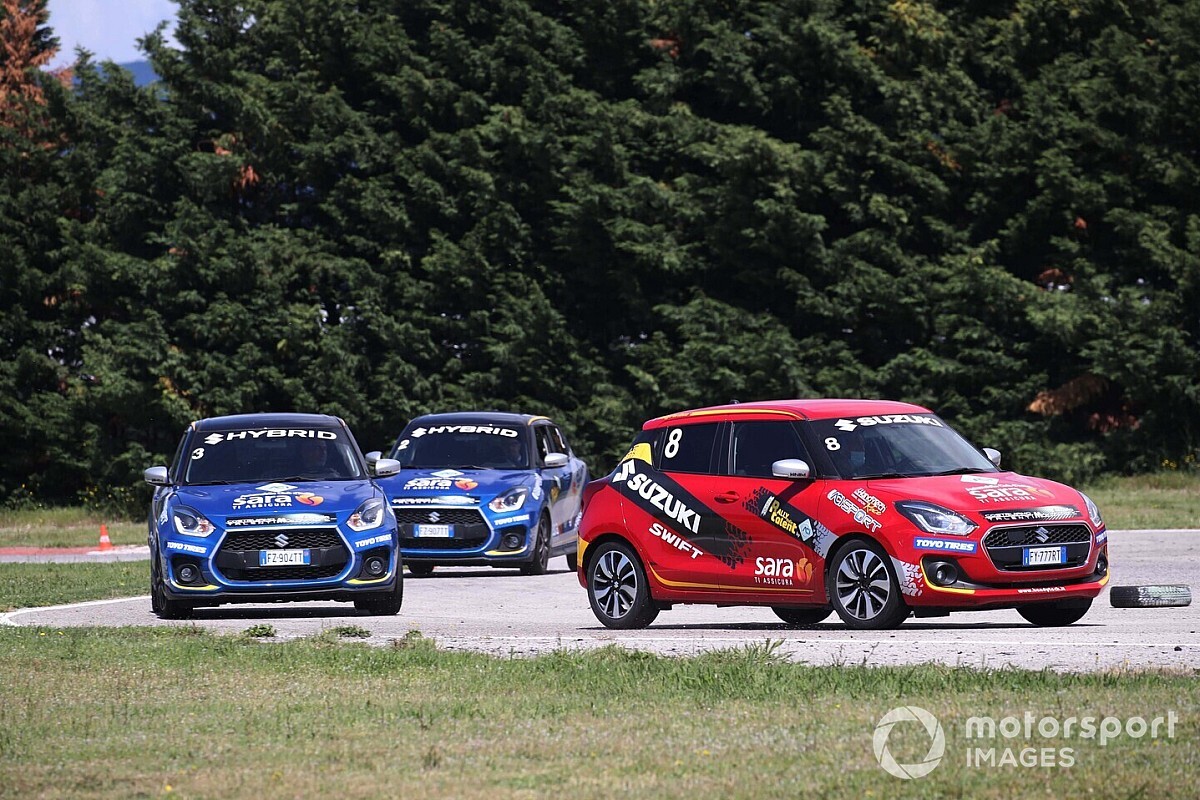 Aci Rally Italia Talent reaches the halfway point of its eighth edition. From Wednesday 14 to Friday 16 July, the fifth of the nine regional selections on the program will take place, giving the opportunity to many aspiring pilots and navigators to actively take part in a real rally.

The stage will be held at the Imola racetrack, where Gigi Pirollo and Piero Longhi, two great rally drivers of international caliber, now examiners of Rally Italia Talent, will study a technical path on which the candidates’ skill tests will take place.

Here the competitors will have to demonstrate their qualities aboard the Swift Sport Hybrid – Official Car of the event – and earn admission to the next stages of the talent.

The national semi-finals and finals will then decree the winners of the various categories provided for by the Regulations, who will compete in a rally valid for the ACI Sport Championships or Trophies, benefiting from training and complete support from the RIT Team.

A dream that comes true

“It is a dream come true to be able to compete in a regional selection in one of the most famous racetracks in the world, which also hosts Formula 1.”. This is how Renzo Magnani, creator and organizer of Aci Rally Italia Talent, commented on the arrival of the casting at the “Enzo e Dino Ferrari” circuit in Imola. In the plant, along the banks of the Santerno, memorable pages of the history of motorsport have been written and being able to drive in such an iconic place represents, for the participants in the talent, an extraordinary experience.

ACI Rally Italia Talent chooses Suzuki Swift Sport Hybrid to bring passion to the circuit with reliability, safety and lots of fun: Suzuki’s hot hatch is the model around which the first hybrid car was developed at the start of a top rally competition. level, a car that immediately proved to be a winner. The series model stands out in the panorama of the segment with a mass of only 1,020 kg, a power of 129 hp and a maximum torque of 235 Nm constant between 2,000 and 3,000 rpm, which define weight / power and weight / torque ratios among the best in the category.

In addition to making delivery more lively, the Suzuki Hybrid system it is equipped with helps to reduce fuel consumption and harmful emissions.

The 13.6HP electric motor delivers its torque immediately with each intervention on the accelerator, giving exceptional elasticity in recovery and supporting the thermal engine in its cues. The torque boost function increases the pull at low revs and enhances the brilliance, before the turbo delivers maximum thrust.

Registration for Rally Italia Talent is open to everyone. To register you do not need an experience in the racing world, have a competitive license or driving license and not even be of legal age (in this case, however, parental authorization is required).

Rally Italia Talent gives aspiring drivers the opportunity to win a place as navigators or official drivers, assigning them various categories, ranging from the Young for the Under 16 to the Over 35, passing the various Under 18, Under 23, Under 35, Women , Licensed Aci Sport and Non Licensed.

This year, the format presents an important novelty: ACI Rally Italia Talent 2021 opens its doors to 14-year-olds, driving cars equipped with double controls designed by the Handytech company, giving, even to those who have no previous experience, a way to live the experience of holding the steering wheel in your hands, in total safety and with the support of the staff’s expert rally champions.

A unique opportunity for the very young

In addition to choosing the brightest competitors, the Rally Italia Talent staff gives valuable advice to all participants to improve their skills and to make driving more effective and safe.

This season, however, the training activity is also developed on another level, through the launch of the ACI Talent +14 project. Rally Italia Talent also invites 14-year-olds to the track, who thus have the opportunity to try and get behind the wheel of two Swift Sport Hybrids equipped with dual controls.

Together with the experienced RIT instructors, young people can thus learn the fundamentals of driving and discover how passion for engines and respect for the environment can coexist thanks to the hybridization that Suzuki adopts across its entire range.

Through this initiative, ACI Sport and Suzuki aim to bring young people closer to the world of motors, making them passionate and aware future drivers.