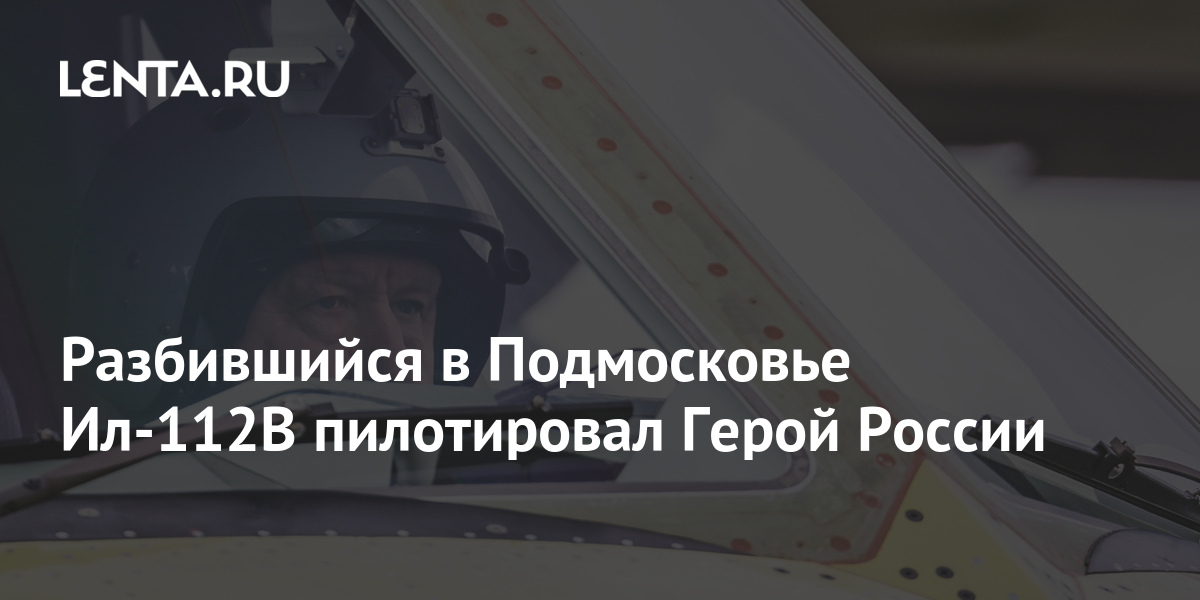 The crew commander of the prototype of the newest Russian military transport aircraft Il-112V, which crashed in the Moscow region, was test pilot, Hero of Russia Nikolai Kuimov. It is reported by TASS with reference to the press service of the United Aircraft Corporation (UAC).

In addition to Kuimov, test pilot Dmitry Komarov and test flight engineer Nikolai Khludeev were on board the aircraft, transfers Telegram channel “112”.

Il-112V crashed during a training flight near the Kubinka airfield near Moscow. There were three crew members on board. The reasons for what happened are being investigated.

According to law enforcement agencies, the crash could have occurred due to a technical malfunction of the aircraft or a piloting error. An Interfax source explained that the crew could have made a mistake during the landing approach due to fatigue. Also, he noted, a version with a failure of equipment is not excluded, since the Il-112V as a prototype was tested under excessive loads.