The Ibero-American Summit started in Andorra: ‘We have to make self-criticism about access to vaccines,’ says its host Xavier Espot 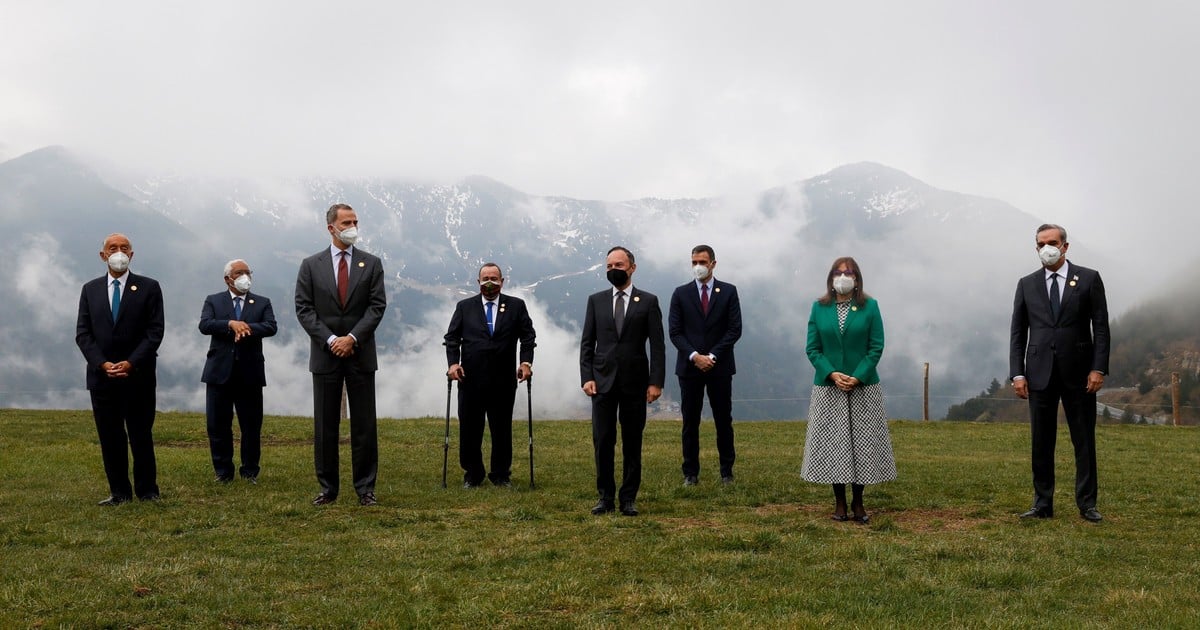 “I am hopeful that we can reach a common consensus and a global strategy. Access to vaccines is being unequal and some initiatives that are going to be carried out at this Summit are intended to make a joint reflection and try to agree on an equitable strategy regarding access to vaccines ”, he tells Clarion in an exclusive interview Xavier Espot, head of government of Andorra and host of the XXVII Ibero-American Summit.

The meeting .of Heads of State and Government is celebrated this Wednesday in Andorra la Vella, the capital of the Pyrenean country where about 80 thousand people live, of which 1,000 are Argentine.

This Summit, whose original motto was “Innovation for Sustainable Development-Goal 2030” and the pandemic forced aggiornar Adding to it “Latin America facing the challenge of the coronavirus”, it should have been held in November last year, but the restrictions and border closures forced by Covid-19 postponed it until this Wednesday.

Few present in Andorra. The participation of the rest of the leaders of Latin America and the Caribbean will be virtual. Photo: EFE

But this time, the meeting of the leaders of the 22 countries that have met every two years since 1991 has two peculiarities: it will be the first meeting of Ibero-American presidents since the beginning of the pandemic and it will take place in person and by video conferencing.

They are already in Andorra, together with the host of the Summit, the King of Spain, Felipe VI; the head of the Spanish government, Pedro Sánchez; the Prime Minister of Portugal, António Costa; the president of Guatemala, Alejandro Giammattei, and the president of the Dominican Republic, Luis Abinader.

The participation of the rest of the leaders of Latin America and the Caribbean it will be virtual.

“The Ibero-American summits are the only forum for meeting, agreement and dialogue for the 22 Spanish and Portuguese-speaking countries of Latin America and Europe,” explains Espot.

“It is true that the motto of the summit was that of innovation for sustainable development but I think that, considering what has happened in the last year, there is no way to overcome the weaknesses that the pandemic faced us and increase the strengths if it is not through the sustainable development goals of the United Nations ”, adds Espot, who is 41 years old and presides, since May 2019, this parliamentary co-principality that has two heads of state: the Bishop of Urgell, Joan-Enric Vives, and the President of France, Emmanuel Macron.

Xavier Espot Zamora, the Head of Government of the Principality of Andorra. Photo: SFGA / CEsteve

-How do you evaluate the management of the pandemic in the region with the difficulties in accessing the vaccine and the doubts that certain vaccines have generated?

-We have to start by saying that we have had vaccines in record time. After all, the only way to overcome this is through global and widespread access to vaccines. We also have to make self-criticism that this access to vaccines is being inequitable. Projects such as Covax must be strengthened, where under the World Health Organization and with the support of the European Union and other countries, this generalized and equitable access is intended. This has not prevented some countries from having chosen, legitimately although this creates inequalities, to resort to vaccines on their own.

-What did Andorra do? What is your epidemiological situation?

-We have 30 percent of the population vaccinated thanks to the access we have had to vaccines through France and Spain, within the framework of the European project, and to our belonging to the Covax project. We test almost 20 percent of the population every week and this has allowed us that despite having a significant incidence rate, our fatality rate is one of the lowest in the world.

-What does Andorra have in common with Europe and with Latin America?

-Andorra is European by nature, by geographical location and historical journey. This is not incompatible with the fact that, at the multilateral level, we can belong to other forums that are complementary, such as the Ibero-American Summit. We are a country on the Iberian Peninsula and we share Spanish culture and language with Spain and with many countries in Central and South America. The official language is Catalan and most citizens also speak Spanish and French.

-Last year, during the pandemic, you sent a letter to the Argentine president, Alberto Fernández, requesting his help to repatriate the Argentine seasonal workers who were here. Did you have an answer?

-We had intense diplomatic contact and we had correspondence to try to solve the situation of the Argentines here. We extended their permits, which expired in April, and the rental contracts for two months. We took care of those with no income. Also with the help of France and Spain the issue was resolved and the people were able to return to their country.

-How does Andorra experience the Argentine presence?

-About 1,000 Argentines have developed their life project in our country. Between 2010 and 2020, the Argentine presence grew by almost 65 percent. There are also a significant number of seasonal workers who come to work during the ski season. This last year it has decreased because we have had the slopes open only for Andorran residents and not for tourism, but in 2019 we had reached almost 1,600 seasonal workers of Argentine nationality, a presence that between 2010 and 2019 grew by 170 percent. The irruption of the pandemic and the restrictions that Argentina imposed on flights arriving from affected areas had a significant impact that led us to take urgent, courageous and very supportive measures towards seasonal workers and, in particular, towards Argentines, who perhaps they were the ones who had the most difficulties in being repatriated.

-Now the process is reversed: Europe is going through the fourth wave of the pandemic and Latin America, the second. Will Andorra put restrictions on Argentines who usually come to work?

-I hope not because of the vaccination process. We hope that the second semester of vaccination will be completed. We will be in a good health situation to be able to help them and give them access. We have not made a distinction between temporary workers and those who are not so much in testing as in vaccination.

-In the collective imagination, Andorra is a land longed for as a tax haven. It is?

-Absolutely not. We are no longer part of the list of tax havens. It is true that for many years Andorra was a tax haven. You have to know how to distinguish that Andorra is a fiscally competitive country, but this does not make it a tax haven. We are immersed in the mechanisms of taxation and cooperation so that a country stops being a tax haven.

-There is no longer banking secrecy in Andorra and we are compliant with the rules to combat the financing of terrorism. It must be explained that Andorra has gone in ten years from a system of almost zero taxation to a system of direct and homologated taxation. Andorra’s tax burden is around 25 percent. It is a tax burden equal to or greater than that of European Union countries such as Denmark, Romania, Luxembourg, Ireland and no one thinks that these countries are tax havens.

Eurojackpot on April 30th, 2021: These are the current winning numbers