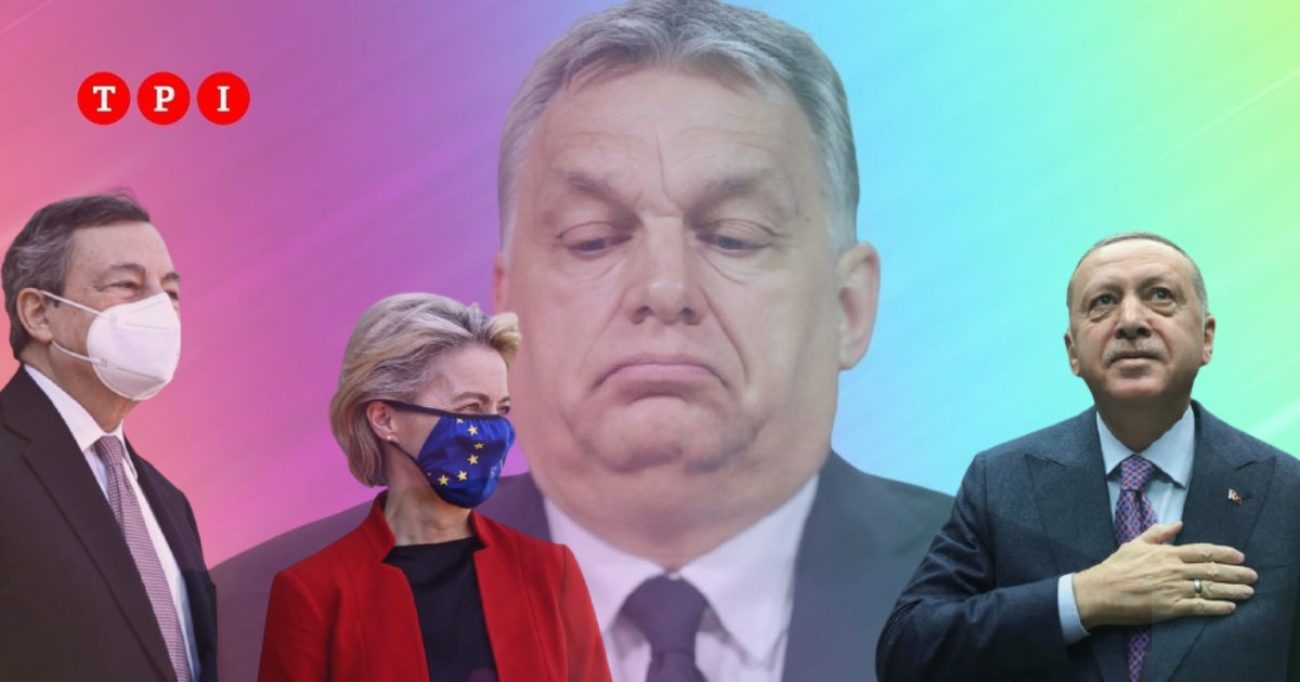 That’s fine, Europe is raising its voice against Orban and against Hungary for a homophobic law that is seen there as a liberation from the oppression of the “politically correct”. After all, it always happens like this: conservatives play to make rights appear as an attack on the income positions of all the others and therefore silencing them is even a defense of the status quo that can be resold as freedom. May Europe still find the right place to condemn a law that even allows itself to make simple Disney films illegal in the name of defending the sexuality of those established as “normal” by state laws. Everything is fine, for heaven’s sake, and that 16 states have signed against Hungary can only be good news in these times of multi-party attacks.

A doubt arises, however: while Europe finds an unexpected unity for LGBTQ + rights, in the meantime it is preparing to dismiss Erdogan’s agreement with Turkey to stop the‘immigration from the Balkans, “almost another 6 billion euros that will be formalized by the Commission in the coming weeks ”, EU sources report. Hence the question: are we sure that Europe that manages to pretend to be contrite for the rights of some can have credibility while trampling and even subcontracting the trampling of the rights of others? Because we are in 2021 but in the end we are at the same point, with a Europe that licks Turkey (and Libya) to act as even slightly illegal borders to be able to control immigration.

Once again we continue to pay a “dictator” (hadn’t they called him that?) To set up a barrier that does not take into account any rights or principles of humanity that prevent migrants from seeking refuge in Europe. The subcontracting of borders is something that evidently manages to hide from the general indignation much more easily than the bad laws of the bad Orban.

In the end, the theme is always the same, that credibility that is gained by exercising and not just prefixing it that Europe lacks but that is especially lacking in countries that are always ready to be moralists without morals, dealing with the rights that are easier to clear customs actions that do not interfere with the internal powers in the government of their country. David Sassoli he said that “immigration must stop being an electoral issue” but once again after the words the facts tell a completely different story. And imagining a Europe where Orban is the villain and Erdogan is paid to play the Erdogan is a nightmare that cannot even be described.