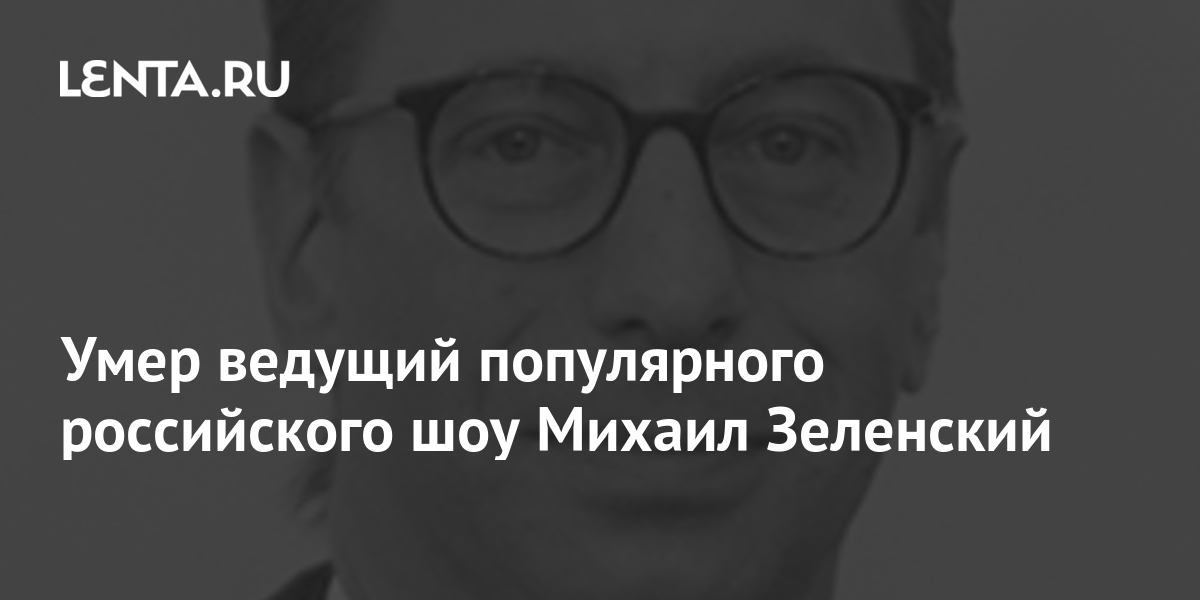 The TV presenter of the popular Russian show “Live” Mikhail Zelensky died at the age of 47. This was announced by the deputy head of the Russia-Kultura TV channel, Alexander Efimovich, in his Facebook-account.

The circumstances and reasons for the death of the journalist were not specified. According to Telegram-channel “Earlier than all. Well, almost, ”Zelensky died while on vacation in the Dominican Republic.

On December 6, Vasily Bykov, a well-known journalist, editor-in-chief of Royal Cheese, died. The cause of Bykov’s death, as well as the time and place of farewell to him, were not specified.

Bassetti against tracking: “It makes no sense, in a month we risk 10 million Italians in quarantine”

Barcelona on Januzaj: a promise still to be kept, between the label of phenomenon and that … of stingy