The holiday summit spoke: Merkel open to tightening – but countries are not delivering 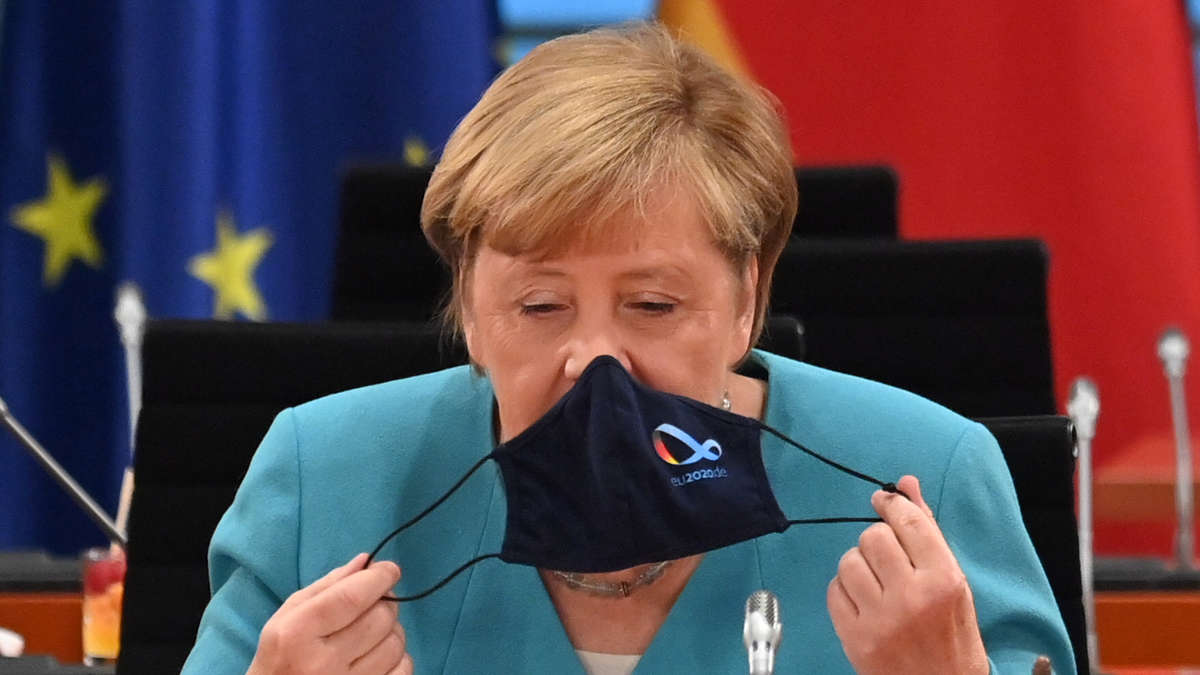 Angela Merkel comes under fire with an EU-wide initiative. The Chancellor wants to make entry more difficult for the British because of the spread of the Delta variant.

Update from June 28th, 6.30 p.m .: The holiday summit convened at short notice by the federal and state governments has decided: Despite growing concerns about the increased importation of the more contagious Delta variant, travelers apparently do not have to adjust to stricter Corona regulations for the time being. The dpa found out from the group.

Following this information, the Federal Government of Chancellor Angela Merkel was open to specific proposals to tighten the travel rules. However, only Mecklenburg-Western Pomerania made a specific proposal. This provided for a five-day minimum quarantine to be reintroduced in a region with an incidence of 50 new infections per 100,000 inhabitants in 7 days – without the currently possible free testing on the first day. According to this information, however, no other country followed the proposal. There was therefore no joint proposal for a change.

The subject of stricter controls is not on the agenda – but nothing has been decided on. Bavaria’s Prime Minister Markus Söder (CSU) said it had to be “fixed” as to how the existing test obligations would also be checked. At least when traveling back by plane, train and bus, negative tests must be carried out before entry to minimize the risk of imported infections. The federal government must also consider how spot checks of people entering the border are practicable.

CSU party friend and interior minister Horst Seehofer is in favor of checks on returning travelers at the borders, but wants to avoid chaos. He currently sees no reason for stationary border controls. Instead of stationary border controls, he apparently has a similar system in mind as last year: a so-called “veil measure” in which travelers are checked in places as close as possible to the border. It is also conceivable that rapid test stations could be set up there again.

“The current discussion about further changes unsettles people unnecessarily and costs trust,” said the government’s tourism commissioner, Thomas Bareiß (CDU). He had already announced in an interview with Merkur.de * weeks ago that travel would be more normal: “The tourism industry has done an incredible amount to ensure safety and has learned to deal with the corona virus,” he said.

First report: Berlin – The spread of the delta variant of the corona virus * is also causing massive worries in Germany – the federal and state governments are now putting the rules for travelers returning to the test. A spokesman for the Federal Ministry of the Interior said that the topic was being discussed. On Monday, the heads of the state chancellery wanted to discuss the issue with the federal government in one switch, as the dpa learned.

Corona: The federal and state governments are discussing rules for those returning to travel

Several prime ministers had called for stricter regulations. Federal Interior Minister Horst Seehofer (CSU) is currently rejecting stationary border controls. Hamburg’s Mayor Peter Tschentscher (SPD) had criticized that an antigen test is currently sufficient to avoid quarantine when entering from risk areas. Instead, all non-vaccinated people returning from high-risk and high-incidence areas should go into quarantine. Tschentscher said that this should be allowed to be lifted at the earliest after five days in the event of a negative PCR test world.

Berlin’s governing mayor Michael Müller (SPD) had said on ZDF that the samples that are currently being implemented by the federal police were not enough. When asked what speaks against a quarantine of travelers from risk areas, the spokesman for the interior department confirmed that the federal and state governments are under discussion on these issues. Federal Chancellor Angela Merkel * (CDU) is also working on a European solution – which Great Britain is anything but enthusiastic about.

Corona: Merkel wants to make entry more difficult for the British – no vacation in the EU?

According to a report in the British newspaper The Times Merkel is planning an indirect holiday ban for the British in the European Union. Tourists from Great Britain would have to go into a 14-day quarantine after entry. A step that would probably deter many people from taking a vacation. SPD health politician Karl Lauterbach had previously spoken out in favor of a solution in this style.

Merkel is receiving support for the move from French President Emmanuel Macron *, but otherwise there is mostly headwind. Criticism comes in particular from the tourism-oriented countries of Spain, Portugal, Malta, Greece and Cyprus. They are dependent on the income of British tourists. It is now important to make up for the financial losses from the Corona year 2020, especially in the main season.

Corona: Merkel push in the criticism – “nothing that should be decided in Berlin”

Merkel’s move has also been criticized, as the provisions should apply to the entire British population – including those who have recovered and those who have been given double vaccinations. The Times quotes an unnamed British government official as saying that Merkel was “increasingly isolated” in the EU. Many EU states argued that the question was about their own decision “and nothing that should be decided in Berlin”.

Merkel’s plan is to be discussed in the EU’s crisis response committee on Monday afternoon. It is unclear whether the Chancellor will prevail. In Germany, Great Britain is currently considered a virus variant area, which already means a strict quarantine obligation for travelers. The Foreign Office has issued a travel warning. This is also important with a view to the current European football championship *.

Because Germany is on the middle “yellow list” in Great Britain, strict quarantine rules also apply to German travelers. Actually, ten days of isolation are ordered. It is possible to test yourself free with two negative corona tests after five days.

The Federal Foreign Office announced: “Football fans entering the United Kingdom for EURO 2020 are subject to the current entry restrictions. Fans with tickets who travel to a game that takes place before the end of the quarantine period will be rejected at the border. ”

The round of 16 of the DFB-Elf against England will take place in London, as will the semi-finals and the final. No fans from Germany are allowed in the duel against England on Tuesday (June 29th, 6 p.m.). Tickets are only available to residents of the UK, Ireland or the Isle of Man, Guernsey and Jersey. The DFB therefore only expects around 2,000 German stadium visitors. (as / dpa) *Merkur.de is an offer from IPPEN.MEDIA