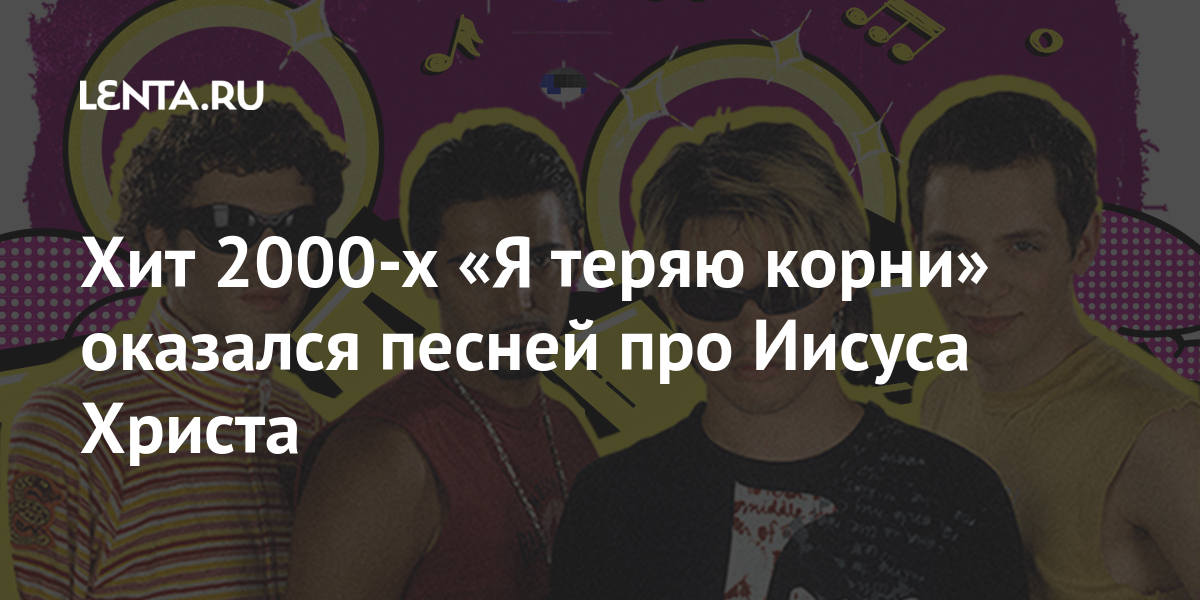 The hit “I’m losing my roots” by the “Roots” group turned out to be a song about Jesus Christ. The former soloist of the band Pavel Artemiev spoke about this in the fourth part of the special project “Lenta.ru” “History of Russian pop music 2000-2009”.

Artemiev said that he wrote the composition as a teenager. “I then lived in Italy, just studied there at the conservatory, and, as it seemed to me, I was in exile and in captivity,” the artist admitted.

“Initially, this is a song about Jesus Christ,” the musician emphasized, noting that the audience understood the hit differently. Artemyev also recalled how the success of the composition made him believe that he was the frontman of “Roots”, although this was not true.

The group “Roots” was formed during the project “Star Factory-1”, the team became the winner of the reality show, aired in 2002. The current lineup includes Alexander Berdnikov, Alexey Kabanov and Dmitry Pakulichev. Pavel Artemiev left the group “Roots” in 2010 after the expiration of his contract, and took up theatrical and solo musical activities.

In the fourth part of the special project “Lenta.ru” about the history of Russian pop music of the 2000s, it tells about the state of the Russian stage in 2003, the madness of the “Leningrad” group and Yuri Shevchuk’s war with the pop industry, as well as about the loudest hits of the beginning of the millennium. The first part can be viewed here, the second here, and the third here. The first season of the project, dedicated to pop music of the 1990s, is available on Youtube…