The heyday of supermarkets without people 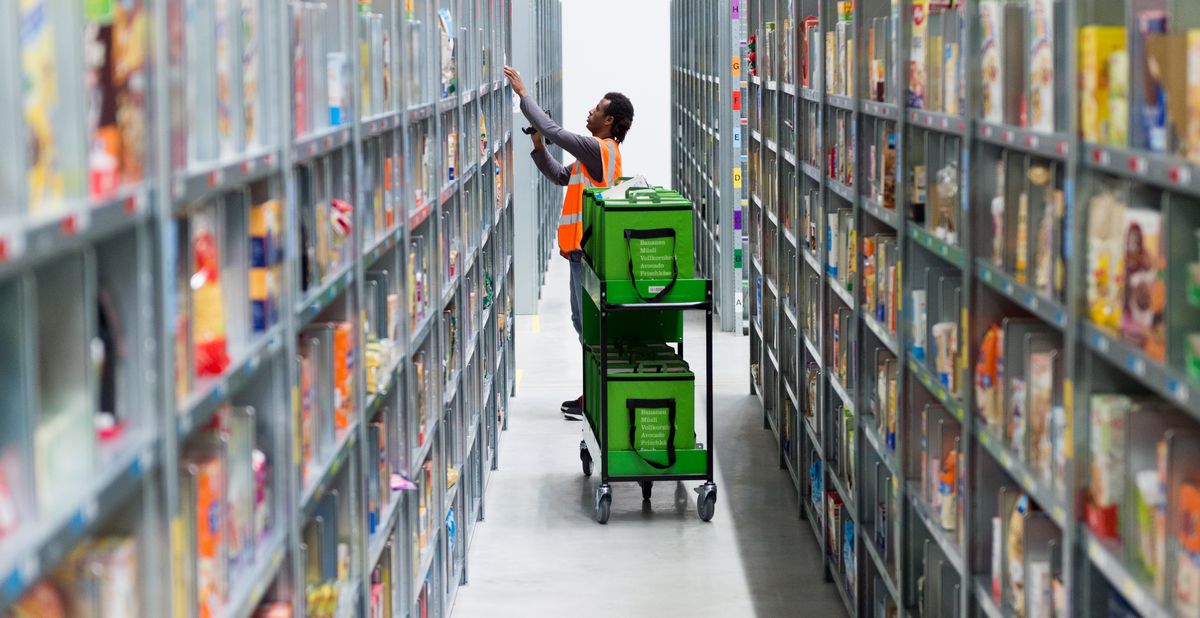 There are supermarkets where only their workers walk around and the public is banned from access. The pandemic has boosted the online sale of traditional businesses, but it has also taken off the darkstores, something like supermarkets ghost, that actually serve as a distribution center for customers who buy through an app. Emerging technology companies such as Gorillas, Dija and Blok and others more consolidated, such as Mercadona, Amazon and Glovo, have launched a business little established in Spain. At the moment 26 establishments of this type coexist, concentrated in Madrid and Barcelona. But the growth plans of some companies predict an explosion in the sector.

The element with which they intend to differentiate themselves from other types of businesses is ultra-fast delivery. Once the customer has placed the order through the application, it should not take more than 10 minutes for it to arrive at your home. The key to achieving this is to have a handful of stores in the cities from which to distribute in a very short time. Behind the scenes, algorithms take care of almost everything. They keep stocks as tight as possible, collect user data, and optimize pickup and delivery routes. They are not usually large purchases. According to Hunab Moreno, co-founder of Blok, the average purchase is usually around 20 euros. To which must be added a commission for each sale (Dija, 1.79 euros, Gorillas, 1.8, for example).

The last to arrive in Spain was precisely the German Gorillas, which last Tuesday began operations in two districts of Madrid, Chamberí and Salamanca. Gorillas already operates in around thirty European cities where it employs some 2,000 contracted own delivery men who distribute the products on electric bicycles. The company dominates the ecosystem of ghost supermarkets In the continent. Her unstoppable rise turned her into a unicorn in just four months – emerging technology valued at more than $ 1 billion – a record time for a European company.

A new player, but will there be cake for everyone? According to Rodrigo Miranda, managing partner of the ISDI business school, we have to wait to see him. When a new business model emerges on the internet, the sector is atomized, investors inject money and, finally, only a couple of companies remain, he explains.

Nacho Somalo, founder of the Lonesome Digital consultancy, explains that the profitability of the business is played in the collection and delivery. “They are profitable because the entire process is developed by the company itself, but it has to be extremely efficient and with a very high volume of orders,” he says. If we compare it with the classic establishments, this model ghost allows you to order the products according to the needs detected through the application. And strategically distribute it through the aisles to process orders at the blazing speed required.

These characteristics are what Ricardo Sánchez, former Dia omnichannel manager and consultant at RolandBerger, defines as a differential operating model. “To start with, you need stores close to the main demand points and a number of products around 600 or 700 to adjust stocks to current demand and be very quick to buy. The darkstore it needs to be very thoughtful. Sorted for optimal collection. In addition, you need a specialized delivery service that knows the delivery area well, ”he argues. Gorillas specifically intends to have dispatchers assigned to each of these areas to strengthen the bond with the customer.

Extensive experience in other countries

Although in Spain it has just become fashionable, in the United Kingdom it has been in operation for a decade with Tesco; and in New York for several years with FreshDirect. Even in Barcelona, ​​Condis tried, but was unable to optimize delivery routes by distributing only from its central warehouses, located on the urban periphery. If we open the focus a little, the business resembles that of ghost kitchens or dark kitchensEstablishments used only to cook home orders and that landed hard in Spain last year.

To understand the boom, just look at growth plans. Blok, which was created in January, will go from 3 to 10 supermarkets in Barcelona this year and from 4 to 15 in Madrid, says Moreno. “We have 200 workers, all hired, and we want to open stores in Italy and Lisbon,” he says. Glovo’s ambition is also evident from its roadmap. Its vice president of Q-Commerce, Daniel Alonso, details that, in the coming months, the establishments will go from the current 10 to 59. “Thanks to an investment agreement of 100 million euros, we will consolidate a strong logistics network for ultra-fast delivery of products ”, ditch.

The value of data

The recent boom is due to the acceleration hit by digitization in the last year and a half. The numbers cast little doubt. Juan Rivero, observer advisor of the Mox group, reveals this new reality. “The pandemic multiplied by 15 the electronic commerce in grocery stores. And from there it remains 30% ”, he suggests. To these percentages it is necessary to add the impact of technological innovation. “Automation reduces up to 7% and 10% the costs of collection and delivery, which previously ranged between 15% and 30%,” he adds. A different story is that it is enough to make a complex business profitable, which handles bulky and heavy products with complicated logistics. The value of customer data is also very important for companies. “Here, the value of the data is brutal. It allows to control the user. Customize the advertising model on the information of those who have attended the app”, Concedes Miranda.

The more traditional supermarket chains seek to adapt to the new context. Mercadona has been distributing from its calls for some time hives —Warehouses in the suburbs from where you send the orders on-line– but they have always seen the internet as a distant aspect of their value chain. Especially because, as Somalo points out, it is convenient to differentiate between supply purchases, with average tickets of 150 or 200 euros, and those of convenience. In the latter is where emerging companies have come to play the game. “In a matter of months, the customer has wondered how it was possible that if ultra-fast deliveries were made in other sectors, the same would not happen with supermarket orders”, agrees Sánchez.

It should come as no surprise that behind almost all of these startups people related to home deliveries are found. As industry connoisseurs repeat over and over again, the viability of the company depends on the collection and delivery. Moreno, for example, worked at Deliveroo before starting Blok with his co-founder Vishal Verma, who came from Uber Eats. Prior knowledge of the world of delivery is conditioning the growth of supermarkets ghost. “It is about offering alternatives for different times of use. Before, it was okay to wait two or three days to receive a product; but more and more people want to be able to have it almost immediately ”, sums up Alonso.

The phenomenon darkstore It burns stages at such speed that Moreno offers something more than a supermarket closed to the public and an application in which to order the purchase. It talks about recommending recipes to the consumer or certain products based on what the algorithm detects. “You don’t only know what someone buys, but what they have tried or how they have navigated. If someone is a vegetarian, the meat will not appear. You have to personalize the experience as much as possible, ”concludes Moreno.