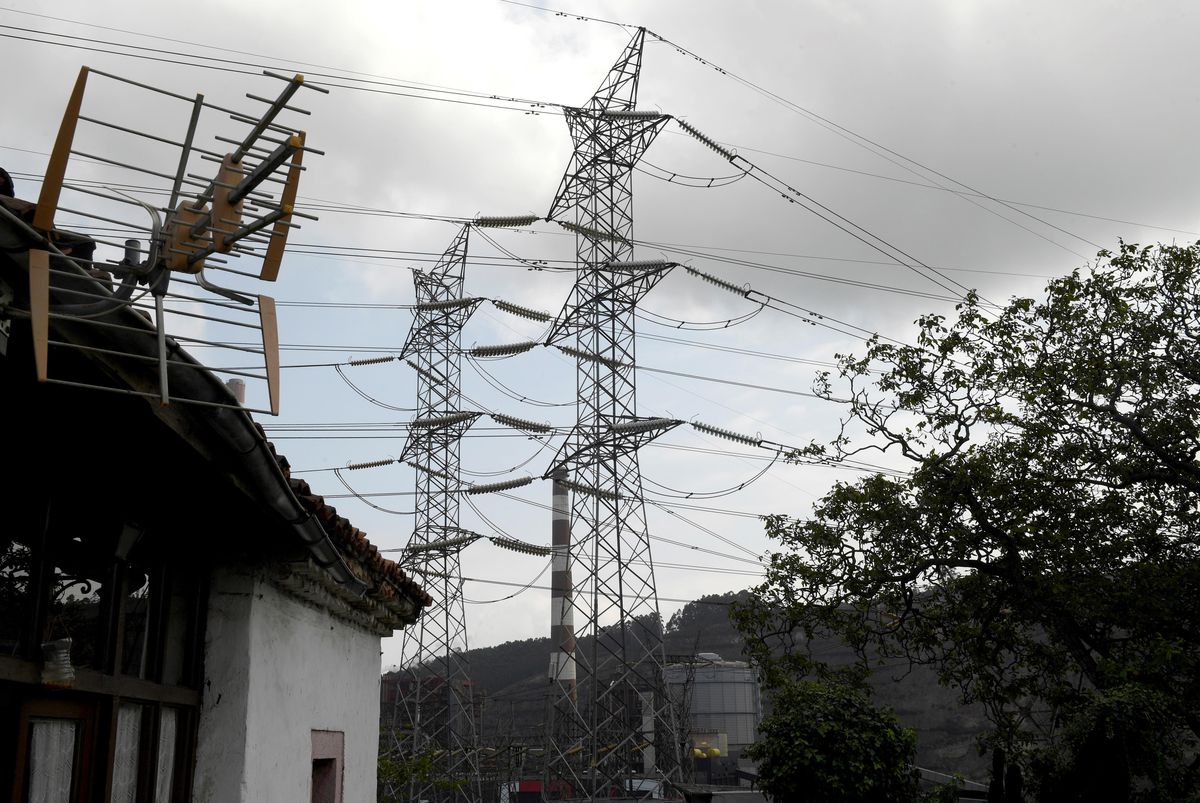 In the street, a suffocating heat without gusts of wind to relieve it; in homes, millions of air conditioners turned on. It is the worst possible situation for the electricity market in Spain. If other now structural factors are added to this – high gas prices and carbon dioxide (CO₂) emission rights – the cocktail is explosive and can only end in one way: with the most expensive light.

The heat wave that will spread this Wednesday through much of Spain predicts that, after three days with electricity beating its historical record, the escalation will continue for some more day. On the positive side, the forecasts of the State Meteorological Agency (Aemet) suggest that the heat peaks will arrive on the weekend, a period in which electricity prices give a truce.

But until then, there are days when the price of electricity promises to continue to make headlines. This Wednesday is already the most expensive day in history, with an average price of 113.99 euros per megawatt-hour (MWh) in the wholesale market. “On Thursday there is another record and on Friday we will see, because the demand tends to drop a little,” warns energy analyst Ricardo Margalejo, co-founder of the marketer Gana Energía. “Four days of quite strong heat come to us in which there will be a little more demand, there will be no wind and we will need to burn more gas to generate electricity,” he says.

The electricity prices of the wholesale market in Spain, which are reflected by up to a third in the bill finally paid by consumers (especially those covered by the PVPC, the regulated tariff), depend on an auction that takes place daily. Hour by hour, the companies that produce energy make their offers. These marry the expected demand and the highest price is the one that determines what is paid in each time slot. The amount given as a daily reference is an average. And the fact that at a certain time, due to the lower demand, it is not necessary to produce electricity with sources that use fossil fuels (the most expensive) can cause the average to fluctuate a lot.

The consequences of a very cold winter

But that is not the case now. August, explains Margalejo, is the month in which traditionally less wind energy is produced in Spain and it is not a good time for other renewables either. This means that in the combination of sources that generate electricity (the so-called pool) those that use gas, such as combined cycle plants, gain weight. When they make their offers in the wholesale market, the amounts are necessarily high because international gas prices are historically very high. From about 15 euros per megawatt this year they have climbed to 44 euros. And future forecasts, highlights this expert, point to 46 euros. The reason is that last winter was colder than usual and many countries, particularly China, drained their reserves more than necessary. Now they have to fill them and that strains the market.

Added to this are the CO₂ emission rights, which must be paid by those companies that pollute. As a result of a cut at the European level, they are also at very high prices. A report published this Tuesday by the Bank of Spain indicated that emission rights are responsible for 20% of the increase in electricity prices. It is the second most important factor behind gas, responsible for 50%. That is, together they are to blame for 70% of the price increase in the current situation.

These two factors will not change in the short term, so analysts predict high electricity prices at least until next February. But that does not mean that they are record prices, what Spain is experiencing now. In the future forecasts of Omie (the Iberian Energy Market Operator, which manages the markets of Spain and Portugal) prices for this Thursday remain at 110 euros per MWh. It is the same as predicted for Wednesday, when the average has finally touched 114 euros. For Friday, the expected average already drops slightly to 105 euros, because industrial demand begins to decline on the fifth day of the week. At the weekend, this effect is already clearer and lower amounts are expected: a little more than 90 euros per MWh on Saturday and a little less than 80 euros on Sunday. A relief, however, in a context of very high prices: last August, no day exceeded 53 euros.

Lowering prices will not be easy. The Government has already temporarily modified two taxes, reducing the VAT on the bill from 21% to 10% and eliminating the tax on electricity generation. There is some margin in the electricity tax (5.11%) and other costs and fees of the bill, but none of this changes things at source. For this, there could be a European decision on emission rights, which are ultimately a tax that Brussels imposes on companies that pollute. But it seems unlikely, as does a reform of the functioning of the wholesale market, which is basically the same in all the members of the Union.

The arrival of autumn will give, yes, more movement to wind generators. Then the markets will hold their breath again: “Depending on how the gas market is, winter in some places can be very difficult and the current 100 euros may be short,” says Margalejo. Extreme cold doesn’t suit your electricity bill, and neither does the current heat wave.