The heat is on, and the mask’s coming off: the week in Mallorca 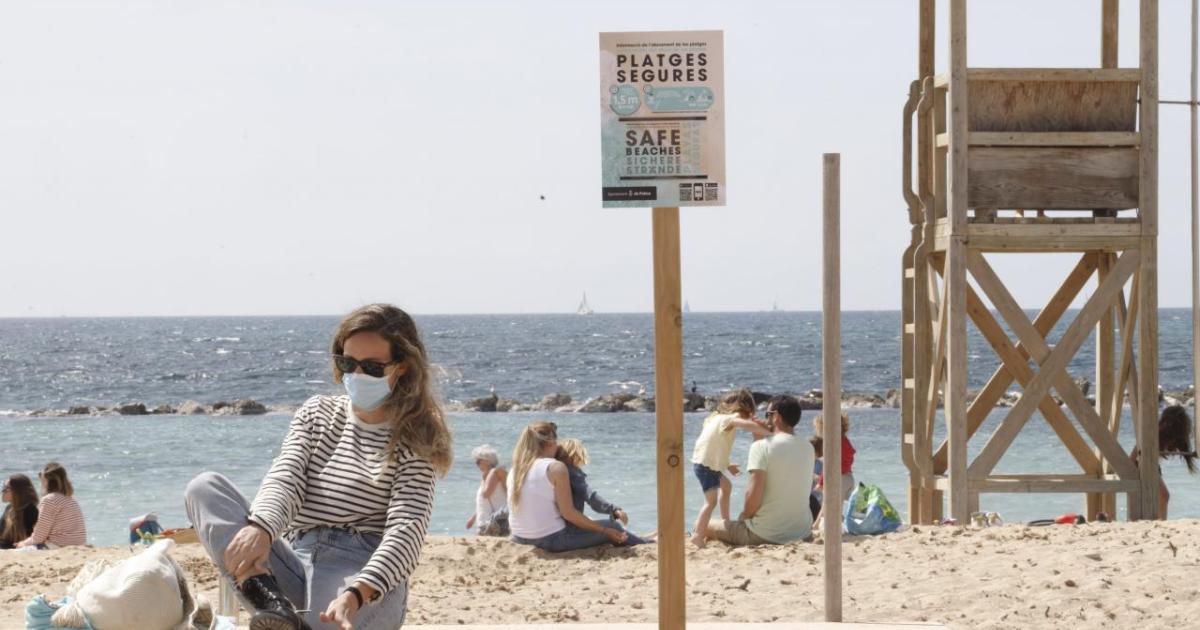 In the dim, distant past that is last summer, President Armengol was minded to query the wearing of masks outdoors. Were they really necessary, she asked, especially “in this heat”. The president, who has amassed a collection of masks of many colors to fit her every top, will still be proudly wearing them indoors as from next weekend, but outdoors she – along with the rest of us – will be able to breathe in the fresh air of mounting traffic fumes (thanks to partial tourism reactivation). The masks are coming off.

Prime Minister Sánchez had teased us. On Wednesday, he said that he was confident that “we will soon abandon the wearing of masks outdoors” now that the vaccination program has reached “cruising speed”. Taken as a sign that an announcement was imminent, an expert was called on to offer an opinion, as experts are required to opine on such matters.

Joan Carles March urged caution. Up to 60% of the population should ideally be vaccinated twice before we all start abandoning the mask on the streets. But on Friday morning, and with almost 29% of the population double-dosed and the national 14-day incidence rate having slipped below the magical 100 mark, the prime minister addressed to a grateful nation. Curiously, he chose the occasion of a Barcelona business event to make the momentous announcement, but no matter, mask relief was just a few days away.

The Balearic health minister, Patricia Gómez, reckoned that the timing was “opportune”, what with the increasing heat and temperatures. It hadn’t been opportune last summer, but now it was.

In line with the prime minister’s observation regarding the vaccination program, the Balearic cruising speed now meant that 50% of the target population had been jabbed at least once. Meanwhile, and from what one could make out, the 200 or so passengers on TUI’s Mein Schiff 2 cruise ship who came ashore on Thursday would probably all have been vaccinated twice. If there was any doubt or risk, the tourism minister Iago Negueruela was fully masked-up to welcome the returning cruise passengers and issue them with a bill for the tourist tax.

Més were unhappy that a welcoming committee of minister and others should have gathered in the port, but Negueruela was of the view that welcoming the reactivation of cruise tourism was not at odds with the debate about cruise limitations that Més were keen to reactivate. There was no contradiction, unlike the contradictions of the UK government. The minister for once dared to criticize the Johnson administration, as double-dosed British tourists might soon be able to come to Mallorca, even if the island was still amber.

Environmentalists GOB, meantime, were expressing their discontent with “mega-cruise ships” hurtling towards Palma at cruising or any speed. The Spanish government’s cruise ship ban for Covid reasons was over, and it was time to start protesting again. GOB, irrespective of the mask obligation outdoors being dropped, will probably wish to continue wearing theirs. Car fumes are one thing, cruise ship greenhouse gas emissions are quite another – Palma has the second highest pollution from mega-cruise ships in Europe, GOB stated.

Amidst the growing vaccination euphoria which now means half of those aged between 30 and 39 are being jabbed, minister Gómez quietly let it slip that, finally, there were discussions with private clinics about their helping out with the program. She said this while insisting that the health ministry’s new mobile vaccination facilities will be staffed by health service personnel. The government had entered into an agreement with SEAT to use three transporter trucks for Formula 1 cars as vaccination centers. Cruising speed? The vaccination program was racing – and at high speed, despite the Balearics still being tailed off behind all other regions.