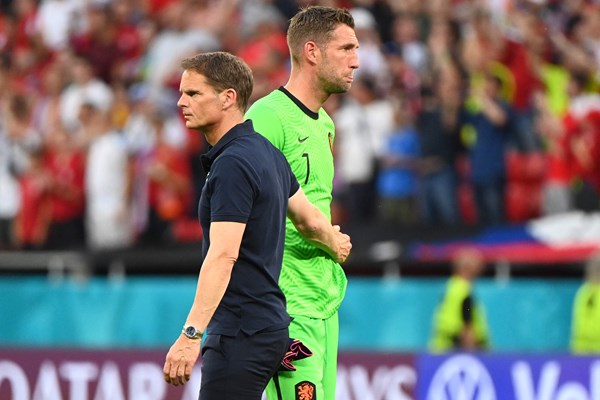 The Dutch football association said on Tuesday that Dutch coach Frank de Boer has resigned, two days after his team lost 2-0 to the Czech Republic and were eliminated in the last 16 of the European Championship.

De Boer’s resignation comes in the midst of a row with the coach, after his team initially showed promising glimpses, but then disappointed the fans.

The Dutch Football Association said in a statement: After consultations this afternoon, it was decided that the two parties would separate with immediate effect, after Frank de Boer announced that he did not want to continue, which is also in line with the contract concluded between the two parties, which required qualification to the quarter-finals, this contract will not be renewed. .

De Boer said he had decided to resign by meeting with the Dutch Football Association. The coach added: In anticipation of the evaluation, I decided not to continue as the national team coach. The goal was not achieved, and this is clear.

The Dutch national team won its three matches in the group stage, but lost in the round of sixteen in a match that was the favorite to win it.

De Boer continued: When I was contacted to become coach of the national team in 2020, I said it was an honor and a challenge, but I was also aware of the pressure that would face me from the moment I was appointed, this pressure is increasing now, and this is not a healthy situation for me nor for the team in the lead up to the qualifiers. world Cup.

An opinion poll in Tuesday’s newspaper showed that 90% of the participants feel that De Boer should leave, and the coach angered the fans by abandoning the team’s traditional 4-3-3 style and playing the 5-3-2 method in the European Championship.

This caused an uproar in a country obsessed with the team’s tactics approach. While de Boer responded strongly to the doubters that his team won his three matches in the group stage, he was again criticized after Sunday’s defeat, not only for abandoning the “Netherlands Football School”, but also for his changes in the match after defender Matthijs de Ligt was sent off. .

“Now I have to find a successor to de Boer after a good internal consultation,” said KNVB director Nico-Jan Hochma. “It is necessary to do this because on the first of September we will play an important match against Norway in Oslo in the World Cup qualifiers. We were hoping for it.”