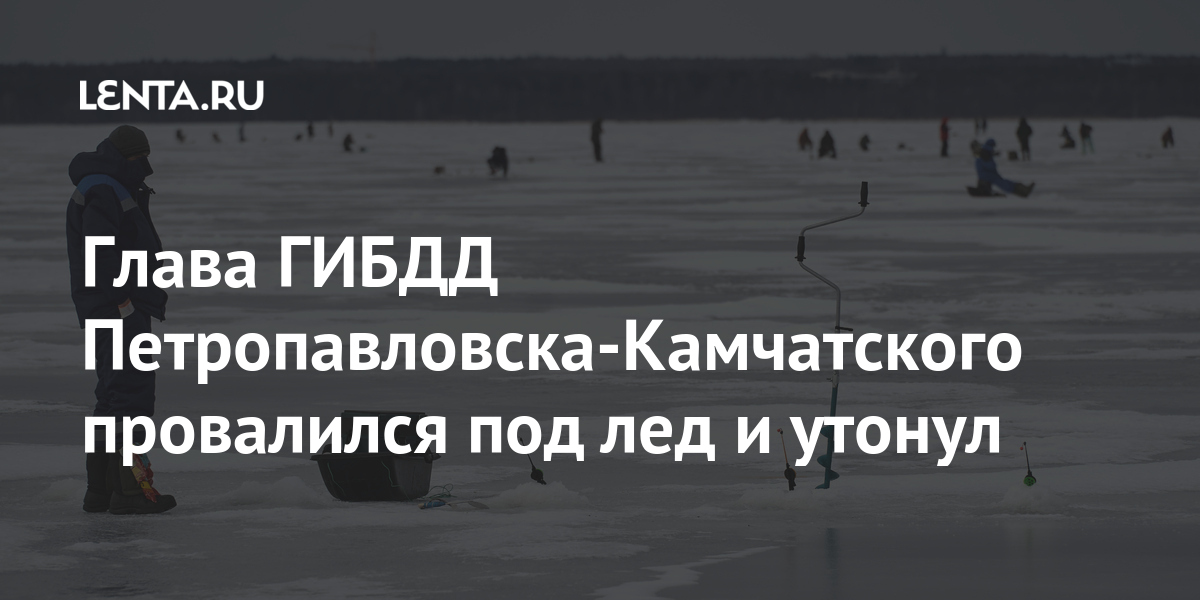 The head of the traffic police of Petropavlovsk-Kamchatsky Vitaly Sergeev drowned in the lake while fishing. He fell through the ice and died. This is reported by “RIA News“With reference to the head of the press service of the regional police Denis Golub.

Investigators noted that the 49-year-old man went out on the ice of Lake Vilyui in the company of friends on April 18. At one point, while his friends were busy with organizational issues aside, Sergeev was left alone.

“I fell through the ice, I couldn’t get out, I died,” said Elena Ilyina, senior assistant to the head of the regional IC.

According to the information agency, the investigation department of the Kamchatka Territory Investigative Committee has already begun an investigation into the death of the head of the traffic police.

Earlier in Yakutia, an avalanche on the Yana winter road killed one person. At the moment, the victims are being evacuated to the nearest settlement.