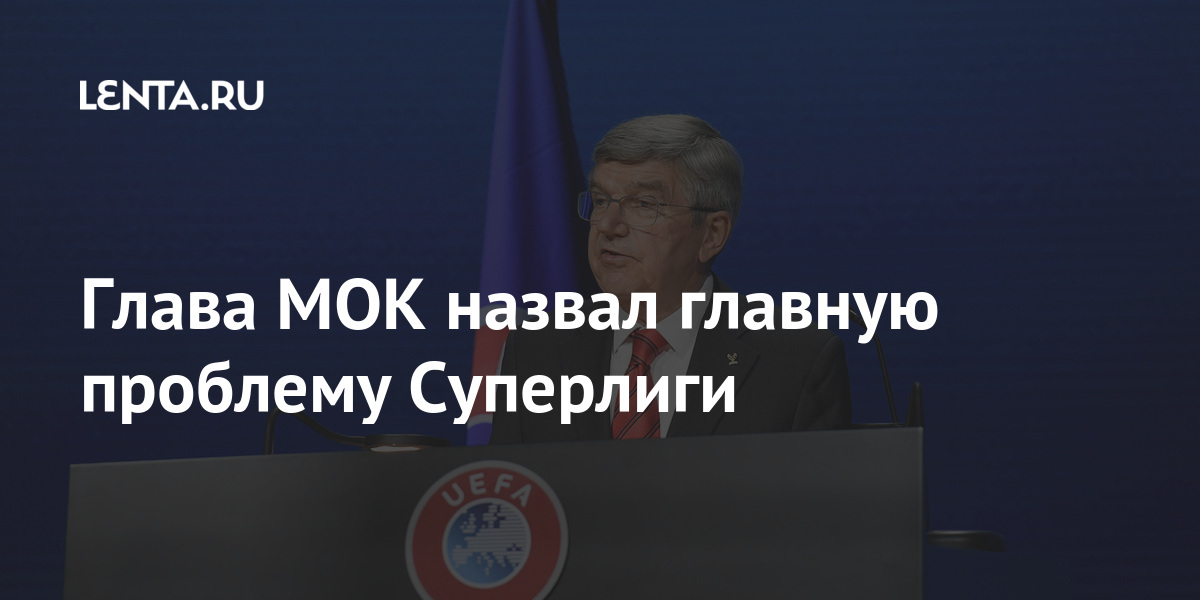 The head of the IOC considered that the creators of the tournament want to focus only on economic benefits, which means they ignore the social mission of sports and the needs of the post-coronavirus society. “If we look at everything from a business point of view, the social mission of sport will be lost,” he said. Bach added that the pattern of investing profits at higher levels into lower levels is under threat.

The Super League was announced on 19 April. The organizers were 12 top clubs in Italy, Spain and England. The Union of European Football Associations (UEFA) opposed the initiative, promising to impose sanctions on the teams.

According to the Financial Times, JPMorgan Chase will allocate 3.25 billion euros to launch the tournament. Also, Super League clubs have pledged to provide 400 million euros in solidarity payments to teams from other competitions. In their opinion, this money will convince the football authorities to abandon the fight against the project.