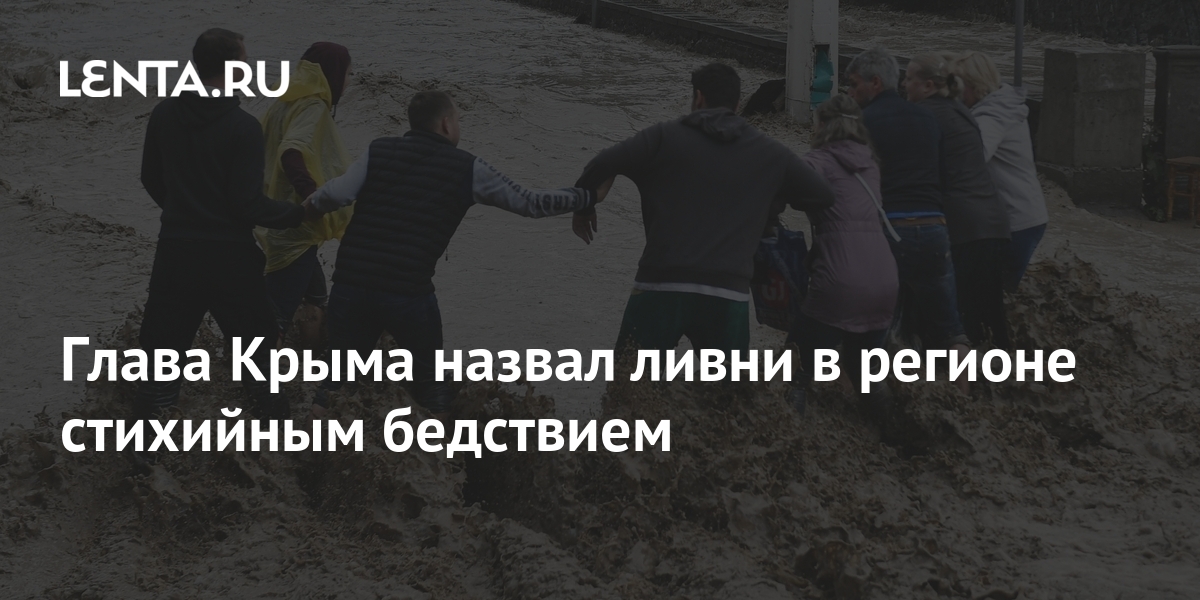 The head of Crimea Sergey Aksenov called the showers that took place in the region a natural disaster, on the air Youtube-channel “Soloviev Live”.

According to the head of the region, such amount of precipitation in Yalta has not fallen even once over the past hundred years, and in Kerch – for more than 56 years. “Old-timers in Yalta never remember such cases, and in Kerch they remember 2002, the flood, but it was not so strong,” he said.

“The water was fast. First of all, it is a natural disaster, without any doubts, ”Aksenov said. He added that at the moment all services are involved in the elimination of the consequences. “Now the main task is not reasons to look for what happened, but help everyone so that no one is left alone with trouble,” the head of Crimea concluded.

On the night of June 17, a cyclone over Crimea caused heavy rains and an increase in the northwest wind, which is why an emergency regime was declared in the region. Kerch and neighboring areas in the east of the peninsula are flooded. In Yalta, as a result of the disaster, one person died, 11 were injured. Also 13 hotels were flooded, of two tourists were evacuated. The infrastructure of the beaches has been damaged. Now the territory is being cleared, electricity and water supply, as well as gas supply are being restored. The water in Yalta itself left the streets in the late afternoon.