The Haunting: BLUE BOX publishes a game on the PS Store, but it is not Abandoned 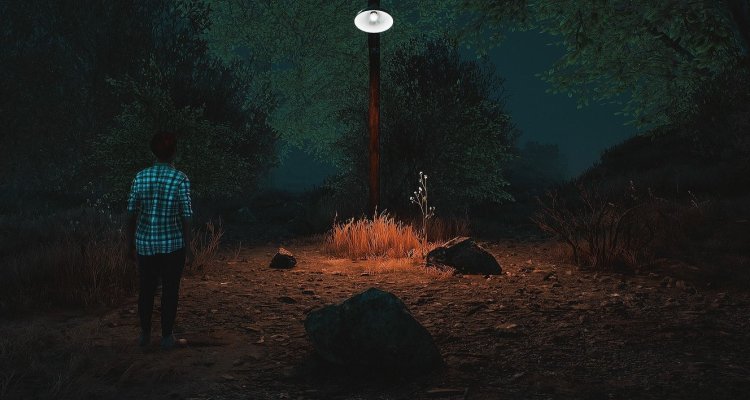 BLUE BOX Game Studios, development team working on Abandoned, has released a new game on PlayStation Store: The Haunting: Blood Water Curse. However, this is not the awaited PS5 exclusive, but a game that has been known for some time, now also available on consoles. Let’s see what it is.

As you can see for yourself at this address of the PS Store, the game has been added to the PlayStation digital store The Haunting: Blood Water Curse (Early Access). It is a game already available on Steam since December 2020, currently cataloged as a video game by CREATEQ Interactive, but initially published by BLUE BOX Game Studios.

The Haunting: Blood Water Curse, both on Steam which on the PS Store, is not available for purchase. The description states that “Sarah Fineman is a reporter looking for her brother, Josh, and visits Red Water Woods. Hoping to find her brother there, she discovers that the woods are haunted by ghosts and stumbles upon a ‘ occult entity who wants to sacrifice Sarah and her brother to complete a ritual. ” The game has 11 reviews in various languages, with an overall rating of “Mostly Negative” (27%). Clearly, The Haunting: Blood Water Curse isn’t Abandoned, as BLUE BOX Game Studios wouldn’t have put together this elaborate presentation for an already well-known game. Also, the name of the game should start with S and end with L.

For now it is impossible to know what is happening: it is possible that this release is also part of the presentation created by BLUE BOX Game Studios for Abandoned, a way to attract even more the curiosity of the players in the last hours before the announcement on PS5.

Here’s what we know about when Abandoned will be unveiled on PS5.